‘Pep knew it instantly!’: Football fans laugh at Guardiola for falling on his knees in the build-up to Liverpool’s winner – with Man City boss ‘knowing it was going to be a goal as soon as it fell to Salah’ and ‘it was done’ after Joao Cancelo’s mistake

Football fans were amused when a new camera angle of Mo Salah’s winner against Manchester City emerged on Monday showing pep Guardiola knew what was coming.

Salah scored the only goal of the huge Premier League game at Anfield midway through the second half, taking down a long ball and spinning Joao Cancelo to run through on goal and finish.

And new zoomed out footage shows Guardiola’s reaction to the full passage of play. 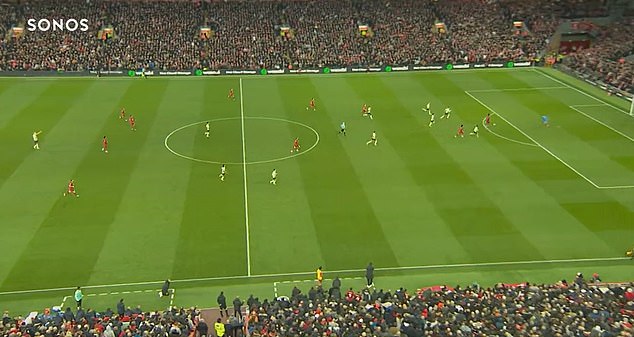 The City manager immediately sinks to his knees the moment Cancelo allows Salah to go through.

He can then only watch on as the Egyptian does exactly what he was expecting and puts the ball into the net.

Fans quickly took to social media to make light of the clip, saying that ‘Pep knew it instantly’.

The goal could prove to be a huge turning point in the season with Liverpool having had their worst start to a season in a decade.

The three points saw them climb up to eighth but they remain 14 points behind leaders Arsenal with a game in hand.

Roma are in talks to sign PSG flop Georginio Wijnaldum