Harry Kane should stay put at Tottenham and snub any potential suitors as he can still win trophies under Jose Mourinho. That is according to Spurs legend Jurgen Klinsmann, who holds Kane in very high regard following a series of goal-laden performances for the north Londoners.

The star striker has been repeatedly linked with a move to Manchester United after he hinted that he may look for a different challenge if Tottenham no longer match his ambitions.

Klinsmann left Spurs in 1995 for Bayern Munich to compete for major silverware but urged the England international not to follow in on his footsteps because he is in good hands under Mourinho.

The legendary centre-forward told talkSPORT: “He can achieve anything he puts his mind to.

JUST IN: Everton target Sporting Lisbon star Wendel for the summer, but there’s one problem 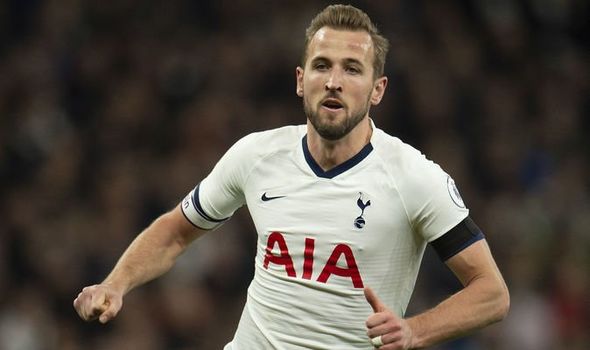 “He’s so, so talented, exceptional and he’s now into a stage of his career where he is far more mature. He’s not the young lad anymore, even if you think of him as a young player.

“Watching him from a distance, you wish him now titles. When you play a professional career, and you get the opportunity to play in a top-five team in any country in the world, then it’s about winning titles. 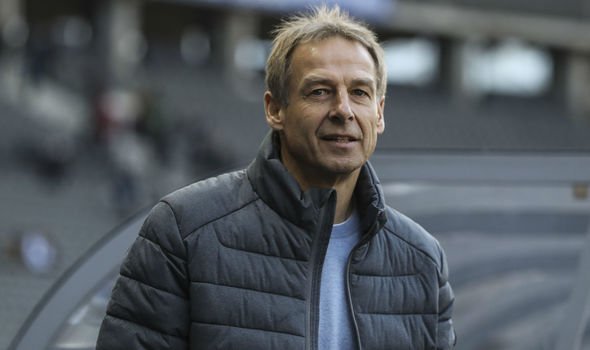 “And so, I keep all my fingers crossed for Spurs and for him that he can collect trophies – that’s what it is all about at the end of the day.

“That’s why I left in ’95. Even though I loved it at White Hart Lane, I had to leave for Bayern Munich because I said, ‘Well I’m running out of time. I’m 31 years old and I need to win a couple more trophies’.

Mourinho is one of the most successful managers of his generation as he has won league titles in England with Chelsea, Spain with Real Madrid and Italy with Inter Milan.

The Portuguese manager has also two Champions League medals under his belt as he led Porto and Inter to the top in 2004 and 2010 respectively.

Klinsmann is confident the former United boss is the right man to lead Tottenham to their first piece of silverware in 12 years.

The German added: “Jose is an absolutely exceptional coach. Obviously he has his philosophy, his way of doing things.

“With his experience and knowledge, he has an amazing humour as well, I just hope that things will fall into place and they get the success that they deserve.”