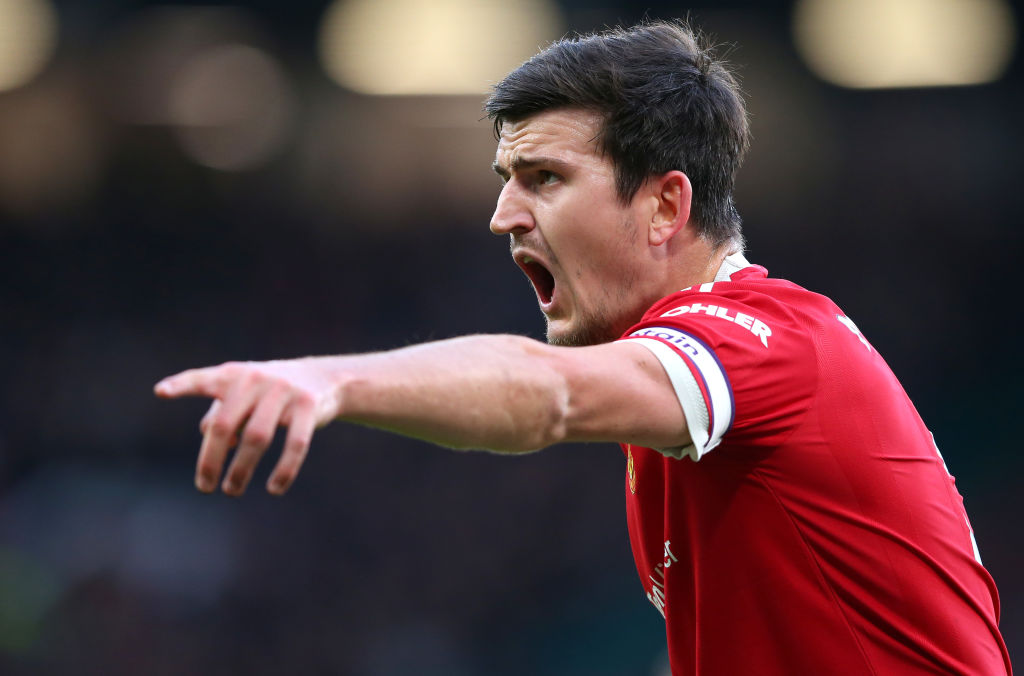 Harry Maguire says there have been ‘big discussions’ among the Manchester United squad since the humiliating defeat to Liverpool last weekend, and admits the loss is a ‘tough one to move on from.’

The Red Devils were thrashed 5-0 by Liverpool at Old Trafford last Sunday and must regroup and try to find some form away at Tottenham in the Premier League on Saturday evening.

It was a morale-draining, painful loss for Ole Gunnar Solskjaer’s side, with the manager’s future now in serious doubt, with United down in seventh in the table and the Manchester derby to come on 6 November.

Maguire admits the fallout from the Liverpool debacle has been difficult, but the squad has not shied away from it, watching the game back, having some frank discussions and targeting areas to improve.

‘It’s been a tough week obviously, you can’t just brush these things aside, especially when you lose to your rivals,’ Maguire told Manchester United club media. ‘To lose in the manner that we did was so disappointing.

‘We’ve obviously had big discussions, we’ve analysed the game and the goals and looked at how we can do better and improve.

‘That’s the most important thing now, we need to come together as a group and a club. We know our fans will be with us and come Saturday at Tottenham, like I said, they will be there in their numbers and I’m sure they’ll be singing and chanting and be right with us and getting behind us.’

Maguire insists the squad are in a positive mindset going into the trip to Spurs, knowing they must focus on the future and try to claim some silverware if possible.

‘We know as a group of players we need to make sure we’re together and we’re positive,’ he said. ‘It’s a tough one to move on from but we need to move on.

‘There are lots of games to play in the Premier League, we’re in a strong position in the group in the Champions League and we’re still early on in the season. And it’s a season in which we know we can still achieve things.’

Spurs are sixth in the table going into their meeting with the Red Devils, one point and one place ahead of their opponents.