Could TODAY be Phil Jones’s big chance? Injured Harry Maguire is OUT of Man United v Wolves – and with both Eric Bailly and Victor Lindelof having issues, Ralf Rangnick could end a TWO-YEAR exile

Harry Maguire has been ruled out of Manchester United’s Premier League clash with Wolves on Monday, according to reports, leaving Ralf Rangnick short of centre-backs.

The Red Devils take on Wolves hoping to close the gap to fourth-placed Arsenal to just a single point with a win, thereby extending their unbeaten run in all competitions to nine games since Ole Gunnar Solskjaer’s sacking.

United are already short of defensive options with Victor Lindelof recovering from a recent coronavirus diagnosis and Eric Bailly limping off in their 3-1 win over Burnley on Thursday. 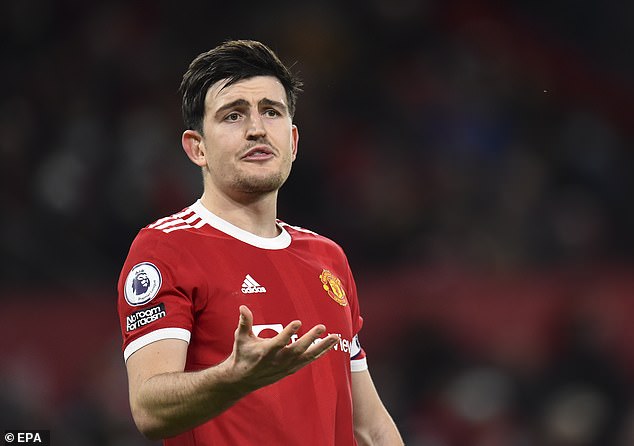 Harry Maguire has been ruled out of Man United’s clash with Wolves on Monday, say reports 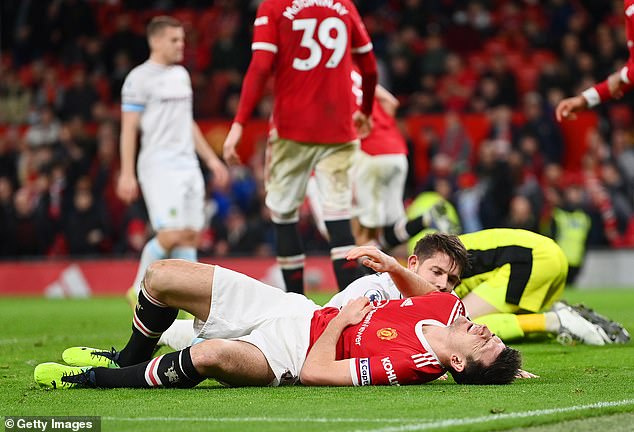 And according to The Athletic, United captain Maguire will not feature in Monday’s Old Trafford match with Wolves after picking up an injury himself against Burnley, with Phil Jones in line to play his first Premier League game in two years.

Jones has not played a competitive game for United since the start of 2020, when he scored in the 6-1 FA Cup victory over Tranmere Rovers.

Since then, he has battled to overcome a knee injury, a time he has described as ‘the lowest of his life’ – but has since played in behind closed doors games as he looks to improve his fitness.

Sportsmail revealed last month that Jones has recently attracted interest from Portuguese side Benfica over a potential January loan deal, but now could be put into the United starting eleven for the visit of Wolves. 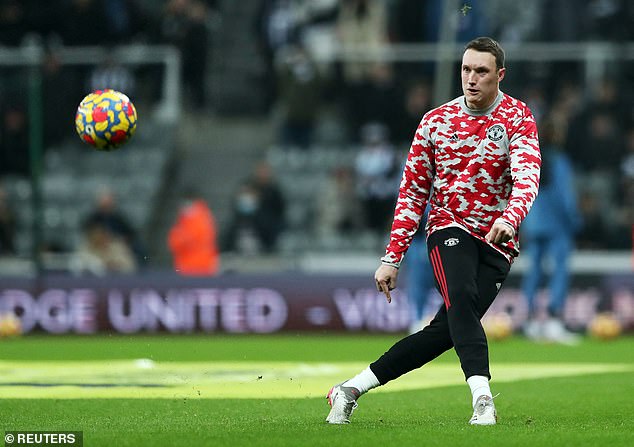 United’s reported injury crisis will see Rangnick choose between several back-up  options to partner Raphael Varane in central defence, after the Frenchman was rested for the win over Burnley.

Swedish defender Lindelof has not played for United since a 1-0 win over Norwich on December 11 which saw him come off during the game with breathing difficulties.

A subsequent Covid-19 outbreak at Old Trafford saw United have an enforced 16-day break before they returned to Premier League action with a 1-1 draw at Newcastle on December 27, but Lindelof was absent from the squad.

Rangnick confirmed the defender had tested positive for coronavirus and Lindelof, in an update on his Instagram story on Wednesday, revealed his desire to be back soon. 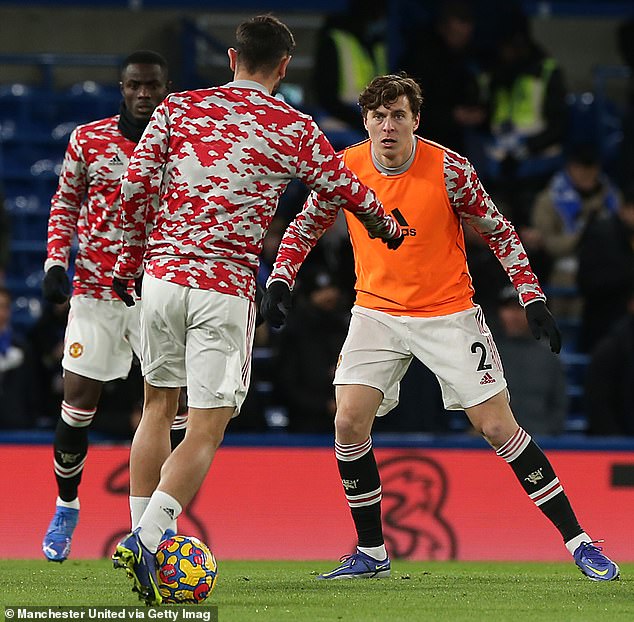 The centre-back said in the video: ‘Hi everyone, I just wanted to check in real quick and first of all say thank you for all your messages in these past couple of weeks and obviously the past couple of days as well.

‘I’ve seen it so I just wanted to say that I really appreciate it, so thank you so much for that. At the moment, I’m just home. I feel fine so hopefully I can be back with the guys soon.’

United captain Maguire, meanwhile, has started all but two of his side’s Premier League matches this season, as the Red Devils look to lift themselves up from seventh in the table.

The only top-flight games the England international has missed this term are 1-1 draws against Everton and Chelsea in October and November respectively.