‘If there was anything lying around on the floor as a kid, I’d volley it as hard as I could’: Harvey Elliott is the not-so-soft southerner who is integral to Jurgen Klopp’s Liverpool rebuild

Liverpool prospect Harvey Elliott is proof you don’t need to come from the ghetto to be tough enough for the Premier League.

Elliott, who was born in Surrey and grew up near Ascot racecourse , has shown plenty of fight to come back from a serious ankle injury in order to feature in every league game under Jurgen Klopp this season.

The 19-year-old midfielder has been a bright spot in an otherwise dodgy campaign and one of the players Liverpool will rely on as they rebuild, starting down south at Spurs on Sunday. 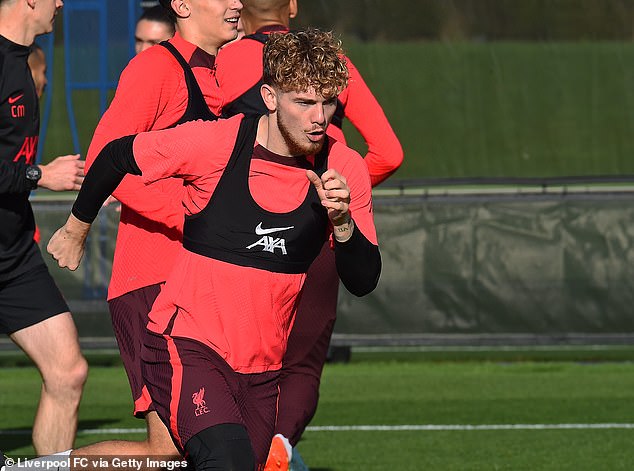 ‘The stories always go around that you have to be in the inner-city to play football but I think you can grow up and play anywhere, that is the beauty of the sport,’ states Elliott.

‘I didn’t grow up in the worst area in the world but my family were hard working. I grew up around the game, my uncle played, my dad played and I always had a vision of being a footballer.

‘If there was anything lying around on the floor as a kid, I’d volley it as hard as I could. If I got a new pair of football boots, I used to sleep with them.

‘Playing for a team like Liverpool is a dream many children have. No matter how far away you grew up, there is no real reason not to do it. You just have to make sure you’re hard-working and committed to the sport and team.’ 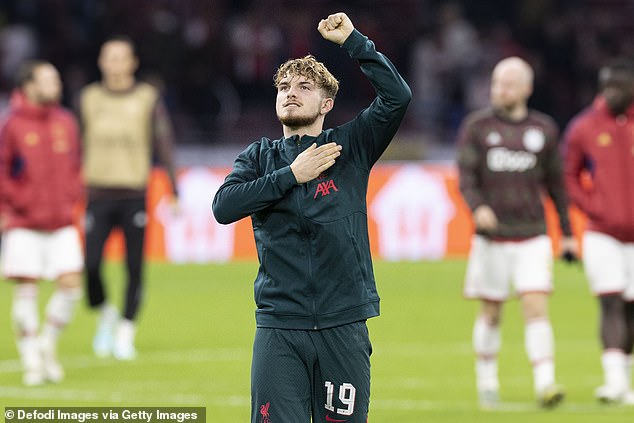 Elliott’s talent was spotted early. He made his debut for Fulham at 15 and joined Liverpool a year later.

His first big setback was a broken ankle suffered against Leeds in 2021 that kept him out for five months – but he even tried to see the positive in that.

‘It has made me a better and stronger person,’ he says. ‘It was a horrific injury in one way but also easy to get over because it was a clean break and able to mend.

‘Being young, it was probably the best time to go through it in terms of healing. I learned how to recover, go through the plan, even what to eat.’

With fellow midfielders Jordan Henderson, Thiago and James Milner in their thirties, Elliott is the future of the engine room. His ties to the club feel as strong as local lads Trent Alexander-Arnold and Curtis Jones. His dad Scott brought him up as a strong Red albeit 200 miles away from Anfield.

‘Whenever I wasn’t playing myself and Liverpool were in the south, we’d go and watch. My dad had travelled around the country following the team when he was younger.

‘I remember going to a Champions League game at Anfield, getting back at half-three in the morning and going into school for half-eight, pretty tired. Seeing the floodlights and the teams warming up was the thing that made me want to be a professional footballer.

‘To have had the opportunities I’ve had under the gaffer (Klopp) and his coaching team, I can’t thank them enough.

‘Results haven’t really gone our way but they don’t go into the market searching for other players every time you don’t win a game. It gives us reassurance and courage they believe we are good enough to play in this team.

‘We’ve got world-class players in the dressing-room. To be in and around it, there is nothing better for my career. 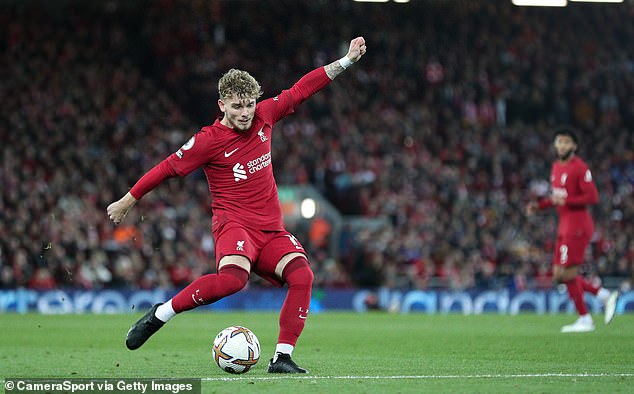 ‘Players at Liverpool can’t afford to hide. Everyone is out to fight to win each individual battle and game. You learn that very quickly as a youngster here.’

Today’s trip to Tottenham is a reminder of how far Elliott has matured and progressed. Early in his Liverpool career, he was banned for 14 days by The FA for mocking Harry Kane in a video.

In contrast, his recent form has been so good there has even been talk of a late run into Gareth Southgate’s World Cup squad announced on Thursday, though the player himself is treating a Qatar call-up as a long shot.

‘Playing for England is a dream but my bread and butter is Liverpool and I need to concentrate on performing so hopefully those opportunities come in the future,’ he says.

‘The World Cup is a massive tournament and I’m not expecting anything. I’m not too sure but if it comes, happy days.’

‘A new U.S. Soccer’? Progress being made in USWNT dispute but plenty of work left to be done