Emma Hayes says she’s ‘not looking for another job’ amid AFC Wimbledon interest, as she turns down chance to become the first EVER female appointment in the Football League

Emma Hayes has committed her future to Chelsea Women, despite rumours linking her to the vacant managerial role at AFC Wimbledon, which could have seen her become the first woman to ever manage a professional men’s team in English football.

The League One side parted ways with manager Glyn Hodges after they lost 2-0 to bitter rivals MK Dons, leaving them in 21st with nine defeats in their last 11 games.

Joey Barton, who left his role at Fleetwood in January, and former Grimsby manager Ian Holloway are among several candidates, but Hayes has caught the attention of AFC Wimbledon after creating a dynasty at The Blues. 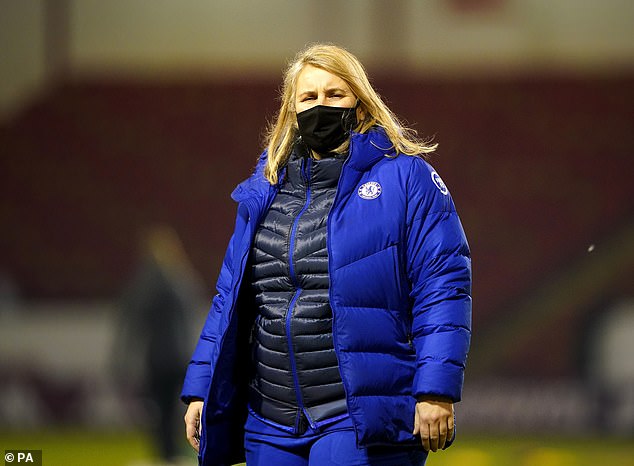 The defending Women’s Super League champions are on an incredible run of 33 unbeaten matches, and haven’t lost in the league since a 3-2 defeat by Birmingham in January 2019.

Speaking at a news conference on Tuesday, Hayes said she has no interest in looking for another role elsewhere.

‘First of all, I am the manager of Chelsea,’ she said.

‘I manage and represent elite, world class players and this for me is an amazing job. I’ve spent the last nine years cultivating all my energy into it.

‘I’m not looking for another job. I’m blessed with working with wonderful humans day in day out, and I think it’s important for me to say this: when the football world is ready to adhere to the diversity codes, so that BAME communities plus women get the opportunities in men’s football, I will see that as a step forward. 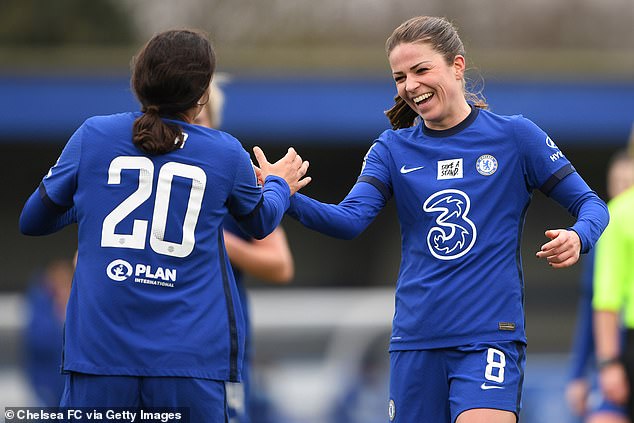 Hayes believes more opportunities should be made available to introduce women into the men’s game.

‘This is not a conversation about Emma Hayes and AFC Wimbledon. We should be having larger conversations about creating opportunities across a diverse spectrum so that opportunities in the men’s game are not limited to those in privileged positions.’

‘I don’t know why anyone would think women’s football is a step down. The football world needs to wake up. While the game is played by a different gender, it’s exactly the same sport.’ 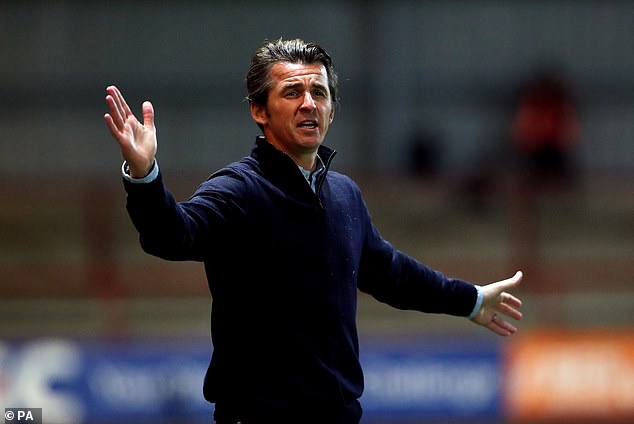