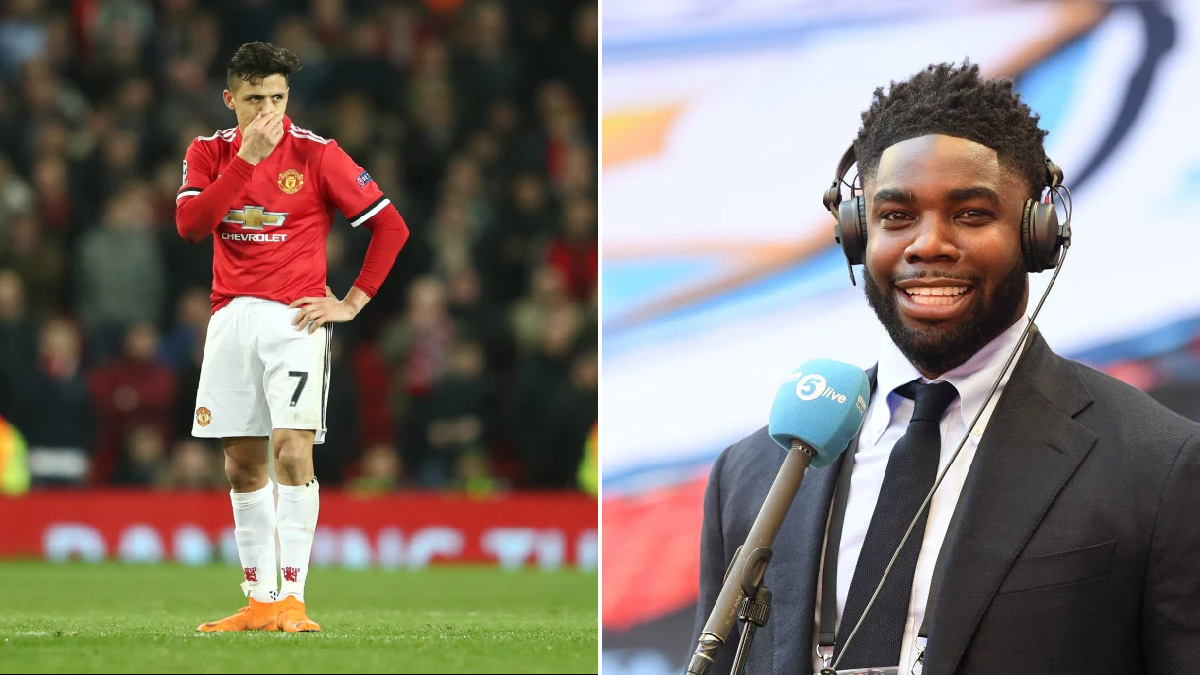 Micah Richards admits he thought Alexis Sanchez leaving Arsenal for Manchester United was going to be a great move for him but he ended up becoming a ‘laughing stock.’

The Chilean made headlines around the world when Arsenal snapped him up from Barcelona in 2014 for a fee of around £35m.

Sanchez became a key player under Arsene Wenger, scoring 60 goals in 122 Premier League appearances, and also helped the Gunners win the FA Cup in 2015 and 2017 – scoring in both finals.

Many expected him to kick on at United when he joined in 2018 but he managed just three league goals in 32 league appearances as his career nosedived.

‘At Arsenal he was quality and he worked hard. He had skill and creativity. He was a go-to man.

‘It was sad when he went to United because I thought it was going to be a great move for him.’

Match of the Day host Gary Lineker added: ‘He was such a good player for Arsenal.

‘Everyone thought he was going to Manchester City then no, Manchester United sneaked in and nicked him. But it didn’t really work.

‘He was a great player but it didn’t quite happen for him. It is weird how you can be so good at one club, but it not happen at another.’

The 32-year-old has been at Inter Milan permanently since 2020 and helped the club to the Serie A title under Antonio Conte last season.

Sanchez has only scored one for the Italian side this term but returns to action this weekend off the back of scoring the winner in Chile’s 1-0 World Cup qualifier victory over Paraguay last week.