Home » Soccer » 'He's the one!' – Ian Wright tells Arsenal to give star 'whatever he wants' 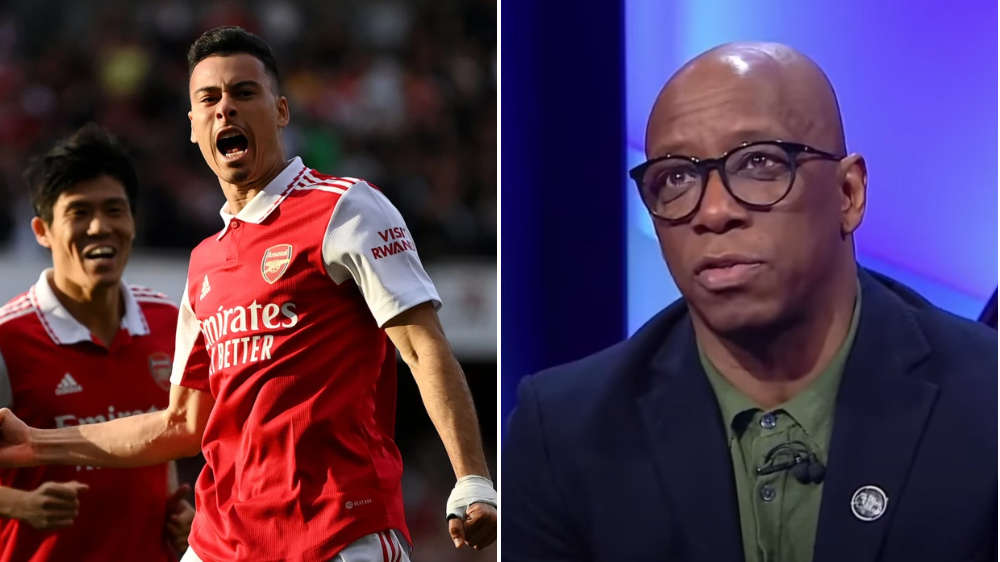 Ian Wright has heaped praise on Gabriel Martinelli and urged Arsenal to secure his long-term future by giving the forward ‘whatever he wants’.

Martinelli has been one of Arsenal’s most influential players this season, starting all 11 of the club’s games and scoring four goals and making two assists.

The Brazilian was at his scintillating best on Sunday as Arsenal beat Liverpool at the Emirates Stadium to return to the top of the Premier League.

Martinelli put Arsenal ahead after just one minute and then provided the assist for Bukayo Saka which saw the Gunners retake the lead just before half-time.

Liverpool equalised for a second time after the break but Arsenal were not to be denied an eighth win in nine Premier League games as Saka’s penalty settled a thrilling contest in north London.

Wright was blown away by Martinelli’s performance against Liverpool and says it was further proof that Arsenal need to tie him down to a new long-term contract.

Martinelli’s current contract expires in the summer of 2024 and Wright believes his former club should do ‘whatever’ it takes to ensure he puts pen to paper on a new deal.

‘The way Arsenal went about that game and the way Gabriel Martinelli played… he was doing the work of two men,’ Wright said on his podcast for The Ringer.

‘He was blazing up and down that right side. I’m telling you, he’s the one! With Martinelli, if I’m Arsenal, I’m going in now and offering him whatever he wants.’

Wright says Arsenal’s progress under Mikel Arteta has been ‘unbelievable’ and insists he is ‘very excited’ by the team’s brilliant form.

Not even defending champions Man City have enjoyed a better start to the campaign, with Pep Guardiola’s side currently one point behind the Gunners.

‘Mikel is being very calm about it but it’s unbelievable to watch. Arsenal now look ready to launch,’ Wright added.

‘Everyone is saying it’s only a matter of time before Man City go top… fine, fine. Let’s just enjoy it. The top-four was the goal so make sure you get that.

‘I’m very excited because it is a very compelling project at Arsenal. At the moment I’m just very happy… my team is top of the league!’

Staycations still in fashion for Premier League clubs in off-season