How Kalvin Phillips joined the ranks of Yorkshire stars at Euro 2020: The Leeds man has become a mainstay of England’s midfield and would have made Jack Charlton and Don Revie proud

Each evening before Kalvin Phillips takes to the field for England at Euro 2020, he receives a good message from Walter ‘Sonny’ Sweeney, the scout who first spotted him for Leeds United aged 13.

The text always include the words Confidence and Concentration. ‘That’s what Don Revie would write in a telegram whenever I played for Scotland under-18s,’ explains Sweeney, who joined Leeds in the 1960s and is still uncovering talent for the club half-a-century later.

‘It’s passing on a tradition. Jack Charlton was a one-club man who represented us at the 1966 World Cup and Kalvin is doing the same at the Euros. I knew Big Jack well. He would have loved Kalvin because he’s a great passer of the ball but isn’t afraid to put his foot in either. 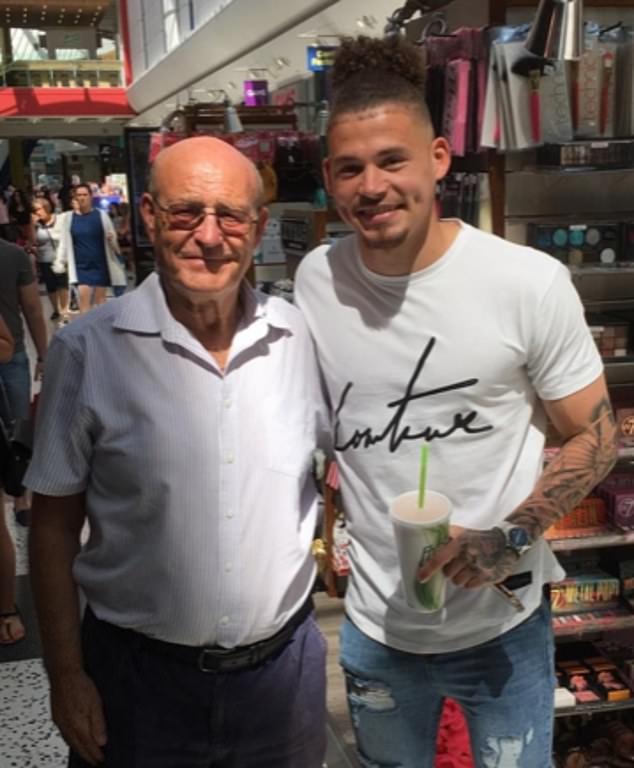 ‘To have played every game of the tournament shows what Gareth Southgate thinks of him.’

Yorkshire won as many gold medals as Japan at the London Olympics in 2012 and its influence on this England football team is also huge.

Harry Maguire, Kyle Walker and Dominic Calvert-Lewin all came through the Sheffield United academy while John Stones hails from just up the road in Barnsley. The rise of Phillips 25 miles further north is arguably the most remarkable journey of all.

A year ago, he’d never played in the Premier League let alone won an England cap. Yet he’s become a mainstay of Southgate’s midfield – dubbed the Yorkshire Pirlo – and covered 15 kilometres, more than any player, against Denmark on Wednesday.

His story is one of triumph over adversity with mum Lindsay having to raise the family while dad spent time in prison.

His football career has been hard-earned as well. First discovered by Sweeney playing for Wortley Juniors, he was overshadowed at the Leeds academy by other prospects like Lewis Cook and Alex Mowatt, and wasn’t initially popular with fans in the first-team despite growing up close to Elland Road where he idolised the club’s striker Alan Smith. 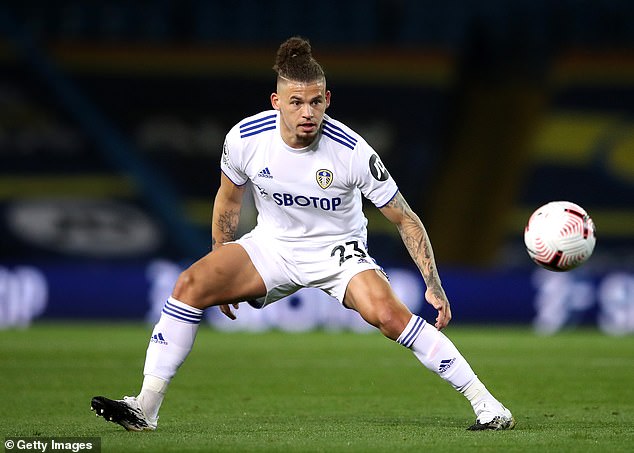 ‘There was this kid pinging the ball about, his passing ability stood out right away and I thought “Phew, he can play”,’ he recalls.

Though Phillips eventually made the first team, his progress was a slow burn until Marcelo Bielsa arrived in 2018.

‘I was fed up going to Elland Road hearing supporters moaning and groaning that he couldn’t get about the pitch,’ recalls Sweeney.

‘I’d always end up in an argument because I knew he had talent, he was just trying to support other players who obviously weren’t as good as the England team he’s in now.

‘When Marcelo Bielsa came, everything changed. He assessed Kalvin’s strengths and played him in front of the back four so he could read the game and had time and space to use his ability. It kickstarted his career and clearly got all the players really fit as well.

‘With the game in front of him, Kalvin showed what he could do with his passing. Now with the quality of players around him with England, he breaks forward at the right times.

‘I watched him against Croatia, the quick movement, two touches and through-ball for Raheem Sterling to score. That is the ability he’s always had.’

On reaching the final, Phillips wore a t-shirt bearing the name of his Granny Val who died earlier this year. Strong female role models have been an important aspect in his development with the Leeds academy appointing women to key posts which was unusual at the time including Faith Atack, the head of sports science and medicine. 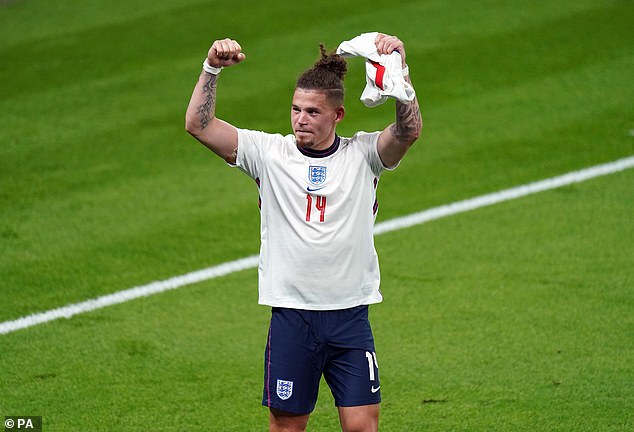 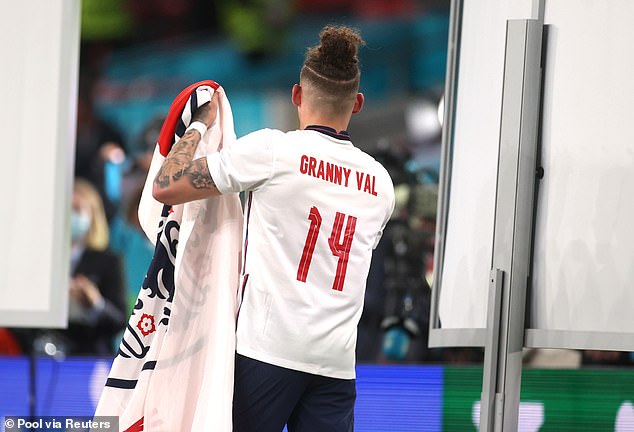 After reaching the final, Phillips wore a t-shirt bearing the name of his Granny Val who died earlier this year

‘It was forward-thinking and gave our players a different perspective which really helped them in the long term,’ says academy director Neil Redfearn.

‘We were ahead of our time in some respects. We’d look in close detail how far players at the top would run in a game and aim for our lads to emulate that so they’d be ready for the next stage.

‘When I became first-team manager, I gave Kalvin his debut. I waited until the day of the game to tell him because I didn’t want to cause him stress but that was never likely to happen to be honest.

‘One of his strengths is his great mentality, an inner belief. We had a few younger players in the team and it was good for them to have their mates alongside.’

Success hasn’t spoiled him. ‘He’s not changed as a person. He isn’t a bighead,’ says Sweeney.

‘He’s always worked and will give 110 per cent. He’s a triplet (one of his sisters died young) and a real family man, he bought his mum a house and looked after her as a thank you for the sacrifices she made for him. Before the Denmark game, I got a text from him with a message and the thumbs up and heart emojis. Now it’s the final.’

In the south of Yorkshire, Sheffield United can celebrate having four of their academy graduates in Southgate’s squad; Walker, Maguire and Calvert-Lewin who all grew up locally and goalkeeper Aaron Ramsdale, imported from Stoke-on-Trent.

Ron Reid, academy director at the club between 2000 and 2011 worked with the first three and says it’s no fluke.

‘As Arsene Wenger said, footballers are produced by design rather than chance. We had damned good coaches at Sheffield United so it’s not bizarre to me that we’ve helped develop some good ones.

Kyle Walker, who grew up on an inner city council estate in Sharrow close to Bramall Lane, was the first of Southgate’s Yorkshiremen off the production line. ‘I knew him from the age of 11 when he was a small, quick centre-forward,’ recalls Reid. 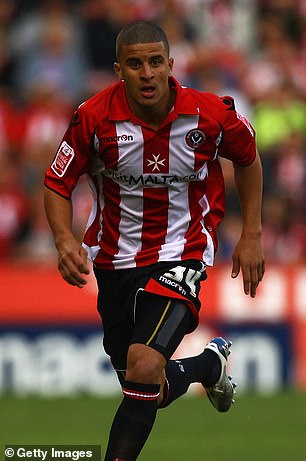 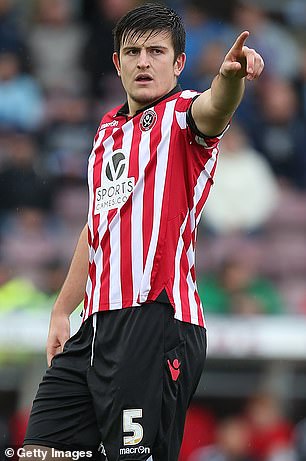 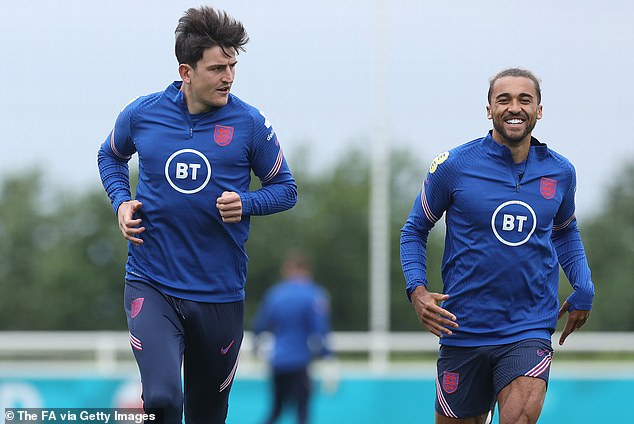 ‘At 14, we played Nottingham Forest in an academy game and had a full-back who was being torn apart by their winger and had to come off. We asked for volunteers at half-time and Kyle stuck his hand up. The rest is history.

‘I remember one game a few years later against a very good Aston Villa team. The final score was Villa 0 Kyle Walker 0, he was that good. The following week the England under-19s manager Noel Blake saw him against Crewe and said he was going to put Kyle in the next squad.

‘His first game for Sheffield United against Swansea (2008-09) was one of the best debuts I’ve seen. At the end of the season, he and Kyle Naughton did so well in the Championship play-off final against Burnley, Spurs signed them. Having said that, Naughton was the main man in that deal. Kyle Walker was still inexperienced. He’d grown taller but the muscle bulk hadn’t developed.’

With Walker gone, it wasn’t long before another future England star broke through in Sheffield, in centre-back Harry Maguire.

It wasn’t the most auspicious start, Maguire was sent off in his third match as Sheffield United were relegated from the Championship, but dropping into League One gave him the chance to gain consdierable first-team experience as a teenager.

‘Harry was always composed, assured, a leader,’ says Reid. ‘But I smile when people say they always knew someone would go on to play for England. They are better people than me because the route to the top is so rocky. 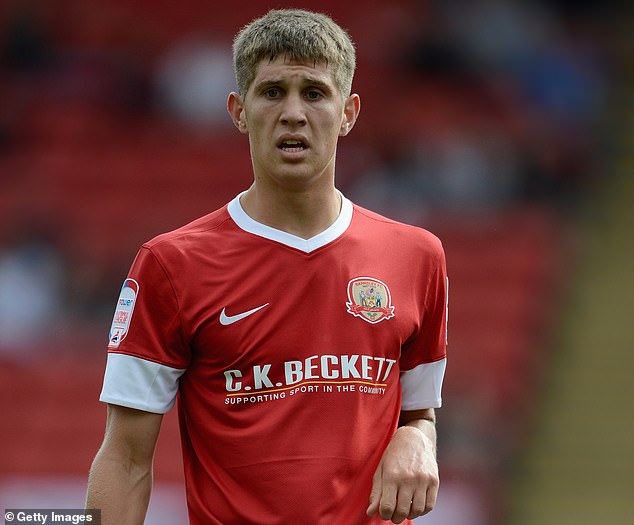 ‘He was a colossus but it impressed us that he was also technically able for a big man. He could control the ball, see a pass and play it at the right pace. He was intelligent on and off the field, thoughtful and a good listener.

‘There are similarities with Gareth Southgate and it wouldn’t surprise me if Harry has a future in football after he stops playing, possibly as a manager.’

Reid lives close to the Maguire family home in Mosborough and occasionally bumps into the Manchester United captain’s parents.

‘The last time I saw Harry’s dad was in the doctor’s surgery, thankfully not because of illness,’ he says. ‘I was in the waiting room for a flu jab and he’d gone in because he was having a problem with his knee. They are a lovely family, supportive in everything Harry has done.’

Reid left United when Calvert-Lewin was only 14 but remembers his potential. ‘He usually played wide on the right rather than centre-forward,’ he recalls.

‘Dominic had good technical ability and an eye for a goal but working with Duncan Ferguson at Everton has probably turned him into the player he is now.’

Nearby, a seven-year-old John Stones from the village of Thurlstone took his first steps towards glory at Barnsley. 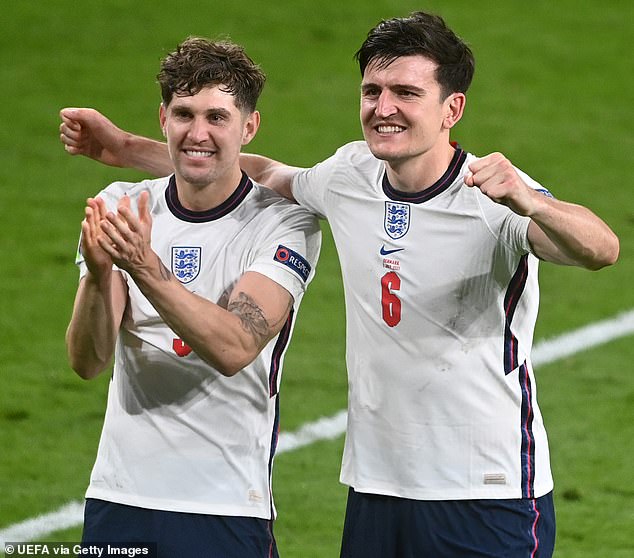 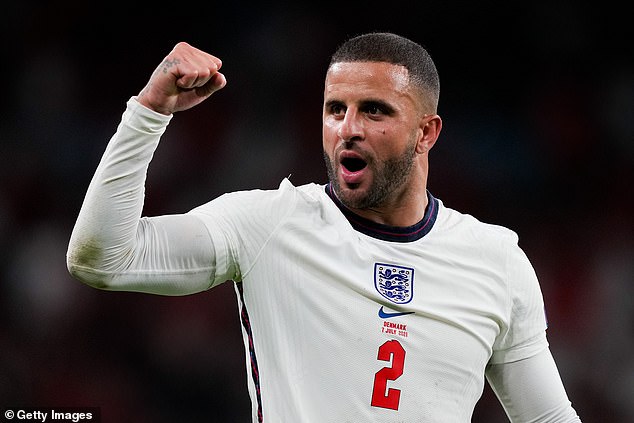 ‘He was just a little tot with fair hair when he first came,’ recalled their academy head at the time, Ronnie Branson. ‘He had a wicked sense of humour but out on the grass, he was totally focussed.

‘We taught him a bit about robustness being a state of mind. A couple of times early on, someone would give him a kick and he’d ask for the physio. Now he’s a match for anyone and there are pictures of him on the wall to inspire our next generation of academy players.’

Chance or design? England’s success is not due to good fortune but the benefits of having strong grassroot communities, a unique Football League pyramid and the dedication of so many scouts, coaches and staff at youth level.

Nowhere is it more evident than Yorkshire. ‘It’s an achievement for our club, the city of Sheffield and the county to contribute so significantly,’ says Reid. ‘We should all feel extremely proud.’