Manchester City have signed 17-year-old Yan Couto from Coritiba, in a £5.5million deal, the club have confirmed. The right-back, who has been dubbed the ‘new Dani Alves’, may have to wait for his chance in Guardiola’s starting line-up, but he could jump ahead of Kyle Walker and Joao Cancelo in the pecking order for cup matches.

Couto agreed a five-year deal with the Citizens, City confirmed on Sunday morning.

A statement read: “Manchester City are delighted to announce Yan Couto will be joining the Club this summer.

“The 17-year-old Brazilian, who currently plays for Serie A side Coritiba FC, has agreed a five-year deal.

“Everyone at the Club looks forward to welcoming Yan in the summer.” 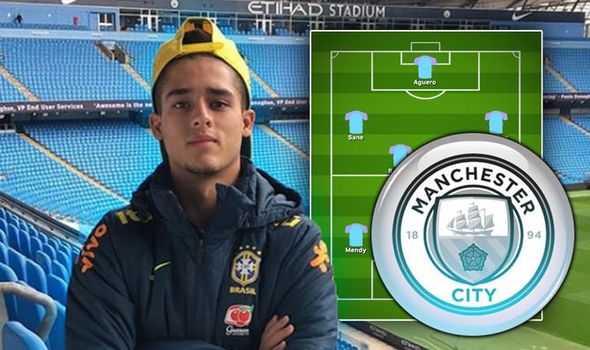 City reportedly beat both Arsenal and Barcelona to the youngster’s signature.

The Catalans were expected to sign Couto in January, with a deal being all but completed.

But City hijacked the move at the final hurdle to join his Brazilian team-mate Gabriel Jesus.

Couto’s signing makes him the most expensive departure from Coritiba in the club’s history, surpassing former Bayern Munich full-back Rafinha.

Couto was part of the Brazil team that won the Under-17s World Cup last November.

During the tournament, the right-back created more chances than any other defender.

Couto won’t be joining his new team-mates at the Etihad Stadium until after he turns 18, at the end of the season.

After he arrives, the youngster is unlikely to muscle his way into the first team, and is expected to take his chances in the cup games, at first. 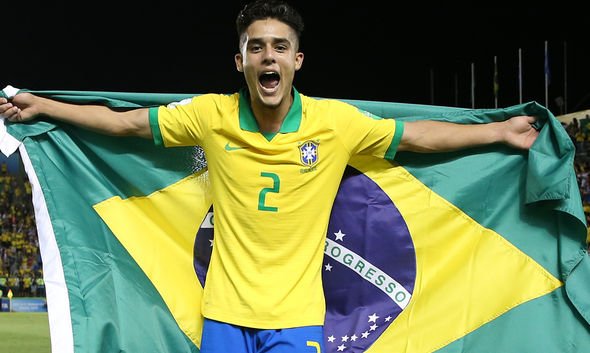 If Couto were to make an appearance in Guardiola’s starting line-up, he’d feature in the right-hand side of a back four.

Ederson would start in goal, with Benjamin Mendy on the left.

Aymeric Laporte has cemented his place as City’s most important defender, while John Stones will line up next to the Frenchman.

Record signing Rodri will be given the defensive midfield role, to link up with the back four. 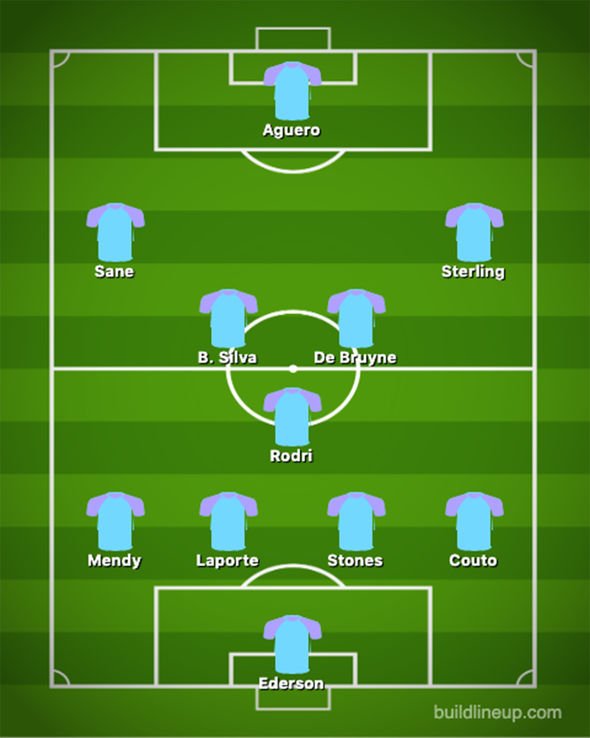 Kevin de Bruyne is expected to take a leadership role within the team, alongside Bernardo Silva in midfield.

In attack, Raheem Sterling is likely to shift over the right-hand side.

That’s to cater for the return of Germany international Leroy Sane.

Sergio Aguero will continue to lead the line for City, with Jesus being given his chance on occasion.

How Man City could line up with Yan Couto