Real Madrid players were stunned at the news of Lionel Messi wanting to leave Barcelona, it has been claimed. The Argentina international is ready to quit the Nou Camp after two decades following a nightmare season under both Quique Setien and Ernesto Valverde. And Manchester City, Paris Saint-Germain and Inter Milan are all showing transfer interest at the current moment in time.

Messi has spent all of his professional career at Barcelona, propelling the Catalan giants to 10 La Liga titles and four Champions League crowns during a glittering spell at the Nou Camp.

But, now, he’s determined to leave the club in the wake of a nightmare season under both Setien and Valverde.

The Barcelona star feels the club have recruited poorly in recent years, with the likes of Antoine Griezmann, Philippe Coutinho and Ousmane Dembele all flopping following their arrivals from Atletico Madrid, Liverpool and Borussia Dortmund respectively.

And he feels they’re now not in a position to be successful, being against the appointment of Ronald Koeman as Setien’s successor.

Messi’s decision to leave Barcelona has sparked shock across the footballing world.

And ESPN say Real Madrid players were stunned by the 33-year-old’s actions, too, with news of the forward wanting out the talk of the Bernabeu dressing room. 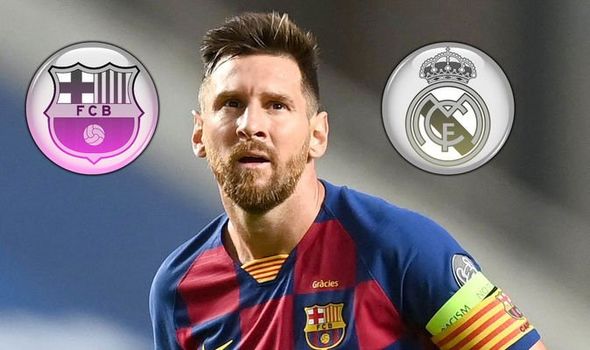 It’s claimed they were ‘incredulous’ and, even the following day, found it surprising that the Barcelona star was ready to leave the Catalan club behind.

No player in the current Real squad has experienced an El Clasico without Messi, with the South American the leading scorer in Clasico history with 26 goals.

And what ultimately happens with Messi is something only time will tell.

City are the frontrunners in the race to sign the 33-year-old, with Pep Guardiola previously managing Messi during their time at Barcelona together.

PSG can’t be discounted due to their financial might, while talisman Neymar would reportedly jump at the chance to reunite with Messi at the Parc des Princes.

And Inter also have the money to afford the Barcelona star. 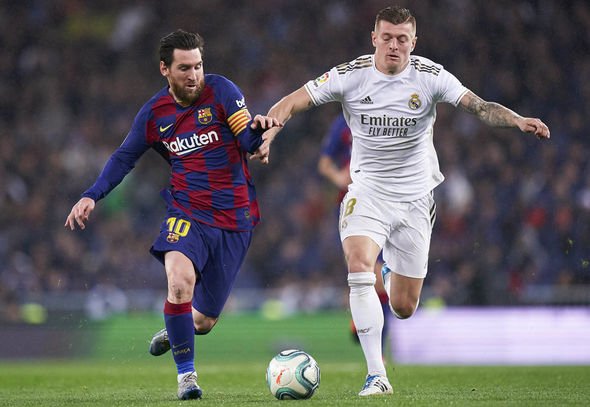 Meanwhile, Barcelona presidential candidate Toni Freixa has slammed Messi for wanting to leave the club – and insisted he should only depart if somebody meets his huge buyout clause.

“The contracts are to be fulfilled and what Messi has to do is come with €700m and leave.”

Author and commentator Andy West, meanwhile, told Bleacher Report that Messi had explored the prospect of leaving Barcelona before, back when Luis Enrique was manager.

“Messi has considered leaving before,” he said.

“At the start of his career he contemplated a big offer from Inter Milan, and more recently he seriously struggled to connect with Luis Enrique during the early days of his managerial stint at the Camp Nou.

“It came to a head at the start of 2015 when Luis Enrique left both Messi and Neymar on the bench for a game at Real Sociedad because they had only recently returned after spending Christmas in South America.

“It was a fraught week, but reconciliation came with a stirring victory over Atletico Madrid and the two enjoyed a decent relationship after that.

“I think it would be perfectly understandable if Messi chose to leave now. The club has become a circus, and for the last few years he has been asked to do far too much to paper over the ever-widening cracks.

“Messi is fully aware of the poor state of the team and the club in general and feels that his public warnings have not been heeded.

“Considering the ageing profile of the squad and their dire financial situation, it’s hard to see how Barca will be able to challenge for a major trophy next season, and Messi must be wondering whether he is prepared to effectively waste one of the few remaining years of his career.”