Sing-alongs, Murder She Wrote and card games: How Roberto Mancini has revitalised Italy to take Euro 2020 by storm and close in on their national side’s longest winning streak of ALL TIME

As the Italy squad gathered on the steps of the Parco dei Principi hotel in Rome’s upmarket Parioli district after securing victory over Wales, Lorenzo Insigne decided it was karaoke time.

With the Napoli forward brandishing a ghetto blaster-style stereo, Roberto Mancini’s players belted out a rendition of Un’estate Italiana (An Italian Summer) — the official song of Italia 90 — live on television. Imagine the England squad launching into Three Lions with the cameras rolling and you get the idea.

Only five members of this squad — reserve goalkeeper Salvatore Sirigu, defenders Giorgio Chiellini, Leonardo Bonucci and Francesco Acerbi, and forward Ciro Immobile — were born when Italy reached the semi-finals on home turf 31 years ago, yet the song is so rooted in the culture that every player was word perfect. 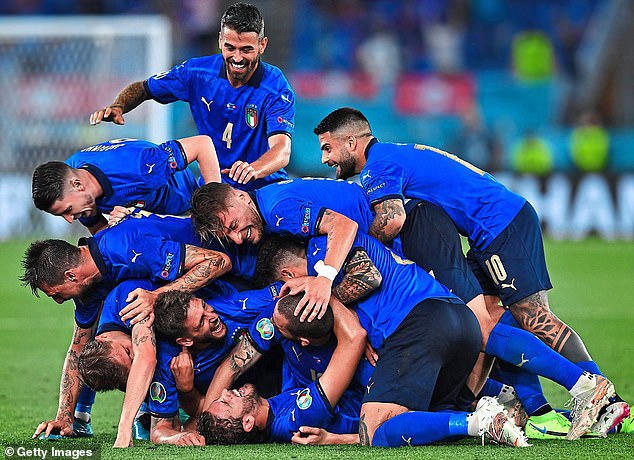 Their campaign so far has brought back many memories of that one; stylish victories at Rome’s Stadio Olimpico in front of a fervent crowd.

Saturday’s last-16 meeting with Austria at Wembley will be the first time in the tournament Italy have played outside their homeland and, if they are to go all the way, they will need to get used to it. London’s large Italian community should make them feel at home, but an eventual quarter-final in Munich — possibly against Belgium — would be a different matter altogether.

Even if the journey ends before the last four, Mancini has at least restored harmony and stability to the national side, who have endured considerable pain since winning the World Cup in 2006.

Defeating Austria would eclipse the 30-match unbeaten streak of Vittorio Pozzo, Italy’s coach when they were world champions in 1934 and 1938. Take out their run to the final of Euro 2012 and Italy have not been past the last eight of a major tournament since lifting the game’s greatest prize 15 years ago. 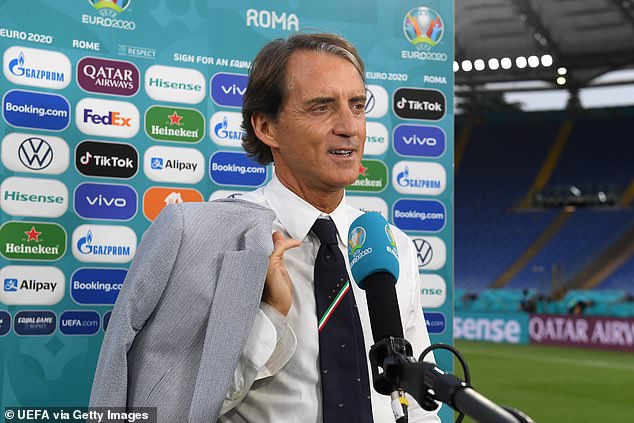 Mancini’s uncompromising manner has divided opinion throughout his coaching career but he has made few mistakes since taking over after Gian Piero Ventura’s disastrous tenure.

Former Chelsea player and manager Gianluca Vialli is one of Mancini’s closest friends in the game and is now a key member of his staff, along with Attilio Lombardo, Alberico Evani and Fausto Salsano who, like Vialli and Mancini, were part of Sampdoria’s most successful teams.

Daniele De Rossi was in the 2006 squad and provides the link between Mancini and the players, with 1982 veteran Gabriele Oriali operating like a tour manager. Mancini signed a new deal until 2026 last month which should, at least, mean he is in charge for next year’s World Cup in Qatar.

The former Manchester City manager settled on a playing style not usually associated with Italy — an assertive 4-3-3 based on technical midfielders, attacking full backs, and wide men who drift off the flank to link the play.

The lack of a top-rank goal-scorer — Ciro Immobile still misses too many chances to merit a place in that bracket — and a powerful physical presence in midfield may be exposed by better teams. Yet after years of drift, at least Italy have purpose again. 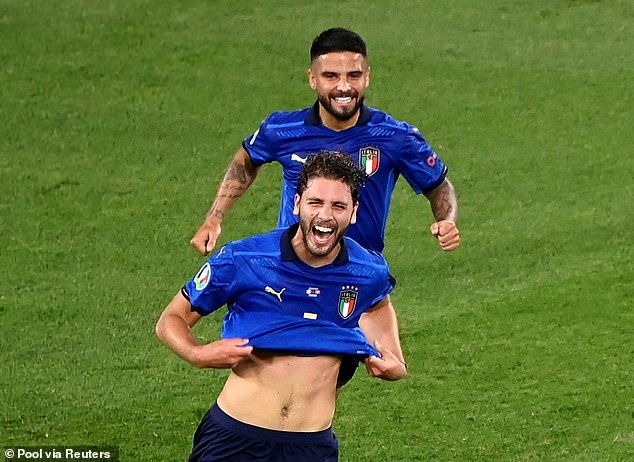 Mancini decided early on which players he rated and stuck with them, regardless of how regularly they have featured in domestic football. In doing so, he has been able to generate a club atmosphere, similar to those created by Enzo Bearzot, Marcello Lippi and Antonio Conte.

Where predecessors backed away from Domenico Berardi, focusing on his seven career red cards instead of his five Serie A hat-tricks, Mancini has championed him and Berardi has been one of the stars of the tournament, keeping Juventus’s Federico Chiesa out of the first XI.

Berardi is one of three players from Sassuolo, a fourth division club as recently as 2006, in Mancini’s squad, more than Inter Milan and AC Milan combined.

Italy train only once a day and focus on one and two-touch possession games, directed by Mancini. They have travelled by train to Rome for games but are based at Coverciano, Italy’s equivalent of St George’s Park, outside Florence.

One worry for Italy is that their campaign appears to be going a little too well. In the past, Italy teams have triumphed amid chaos. They won the 1982 and 2006 World Cups with corruption scandals raging at home, and reached the final at Euro 2012 against a similar backdrop. 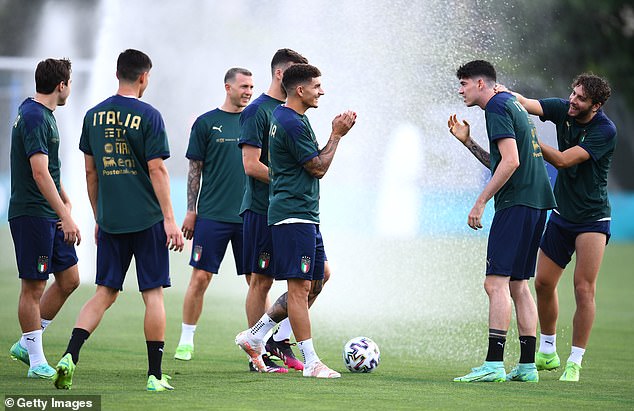 Until now, at least, there has been only football to worry about. The government’s decision to offer all players in Mancini’s thoughts a Covid vaccine in early May produced a mixed reaction among the public, but it has spared Italy the curveballs suffered by England, Portugal, Spain, Scotland and Sweden.

Team spirit is easier to develop when things are rosy on the pitch, yet these players genuinely seem to enjoy one another’s company.

Immobile, Insigne and Marco Verratti played together for Pescara in 2011-12 and have been firm friends since. Berardi and Manuel Locatelli have struck up a similar rapport at Sassuolo, though Locatelli’s passion for 1980s detective series Murder, She Wrote is surely unique at Euro 2020. Alessandro Florenzi is in charge of the card school, with briscola, similar to bridge, a favoured game.

The real test begins now. But after three wins, Italy fans are starting to believe their team might just hold the winning hand.