In May 1992, a goalless European Cup final at Wembley was in the last knockings of extra time when Sampdoria’s sub, Giovanni Invernizzi, was – perhaps slightly harshly – penalised for a foul on Barcelona’s Eusebio Sacristan. Infuriated with the referee, Samp’s No10, stood nearby, threw the ball away and gesticulated, but the free-kick remained.

Hristo Stoichkov rolled it to Jose Mari Bakero, he stopped the ball dead and Ronald Koeman lashed it into the bottom corner of the net.

Their No10, the team’s captain who would otherwise have lifted the trophy himself had fortune swung his side’s way, was Roberto Mancini.

In what remained of his career he still enjoyed further triumphs and as a manager he has done likewise, with league titles and minor cup wins aplenty on his CV. But there is something extraordinary and incomparable to winning the biggest cups, on the day of the most anticipated finals. Something extra. For all some try to rekindle the old spirit of yesteryear, winning the FA Cup final – or the Coppa Italia, or the Turkish Cup – doesn’t quite hold the same allure as the biggest European finals. 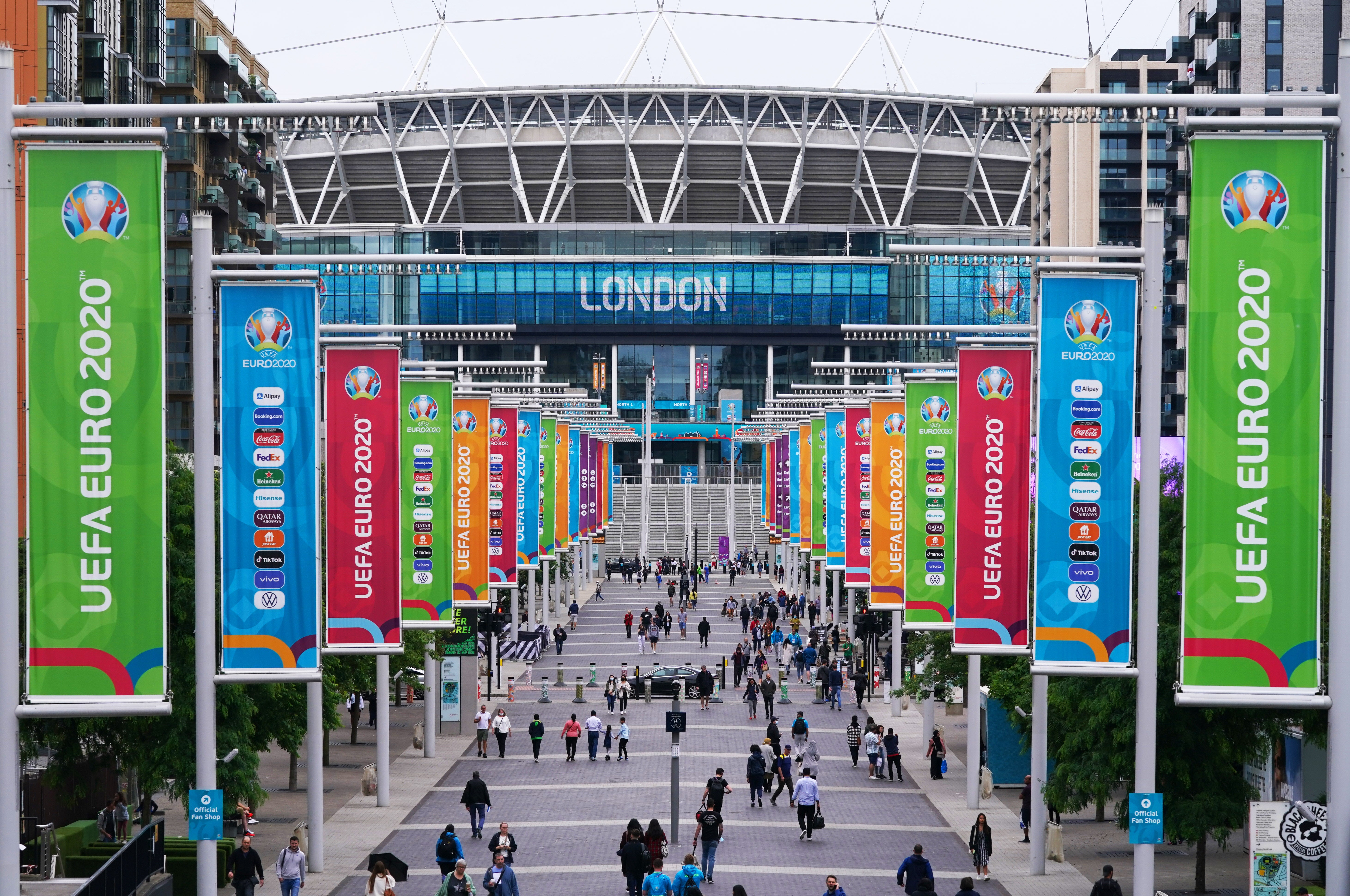 And for all his other successes, only a second Cup Winners’ Cup in ‘99, achieved at Villa Park with Lazio, came close to plugging the gap that missing out on the ‘92 Wembley final must have left for Mancini. Even that one was, of course, a secondary Uefa competition.

Roll on a mere 29 years, though, and Mancini has come full circle to lead a team in the truest sense, to a major victory in a European final…at Wembley. Even more complete, his trusted confidant in the Italy set up, part of the staff as a delegation executive, is none other than Gianluca Vialli – Mancini’s strike partner from that defeat to Barcelona. Attilio Lombardo was likewise in that Sampdoria team and is on Mancini’s staff.

Italy were in disarray when Mancini took over in 2018. It has been widely reported and commented on how they had just failed to qualify for the World Cup, losing a play-off to Sweden, but it was more than just not reaching the finals. Between November 2017 and November 2018, they won just two matches of 12 in all competitions. The squad was less than the sum of its parts, the identity and style of the team far from certain. Mancini’s journey from then, through the Nations League, a qualification campaign and now the success at Euro 2020, has been one of exceptional team-building, planning and progression.

Football loves full circle stories, right? So here’s another: the final match Italy played before Mancini took over was a 1-1 draw against England at Wembley.

The more recent match Italy have played with Mancini at the helm was…well, it might be a bit too soon to revisit all that, but many components appear to be the same – save the most important one.

From the Italian starters in that March 2018 draw, five made the line-up for the Euro 2020 final. If it sounds like an overhaul, it’s worth noting it was a) a friendly and b) only four of England’s started both games. Jack Butland, James Tarkowski and Alex Oxlade-Chamberlain were among the XI then. 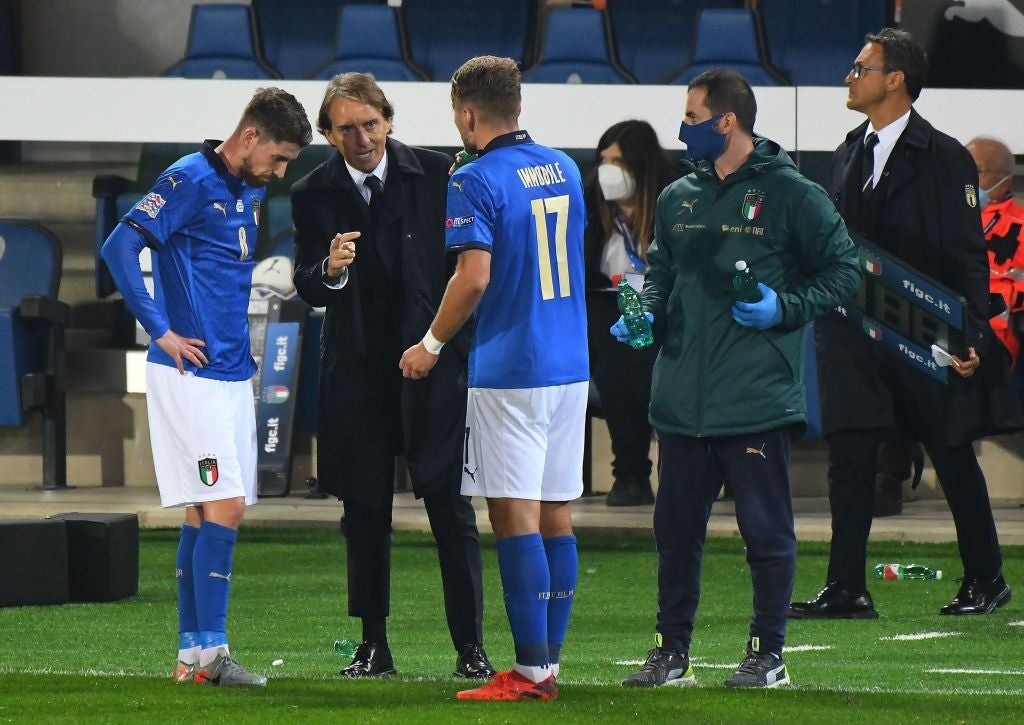 Even so, there’s no question that changes came quickly and were made often. Mancini trialled former internationals like Mario Balotelli, ushered in chances for new faces and potential pillars such as Alessio Romagnoli, tinkered with systems and above all else, altered his midfield to find the perfect combination of quality and trust in the centre of the park. Wing-backs came and went.

A few big, heavy wins down the line over minnows in qualifying, Italy played Netherlands in the post-Covid restart of 2020. Mancini had, by this point, pretty much picked the team which was due to feature at Euro 2020, before it was delayed. Against the Dutch, the line-up was thus:

Gigi Donnarumma in goal, a back four of Danilo D’Ambrosio, Leonardo Bonucci, Giorgio Chiellini and Leonardo Spinazzola. In midfield, Jorginho at the base alongside Manuel Locatelli and Nicolo Barella. In attack, Ciro Immobile flanked by Lorenzo Insigne and Nicolo Zaniolo. The latter there, a star with Roma with game-changing ability, would surely have been in the squad – maybe the XI – were it not for back-to-back cruciate knee ligament injuries. The only other alteration between this XI and the one which so enthralled the Continent on the opening night of the tournament in a blitzing of Turkey came at right-back.

Others have contributed hugely, of course – Marco Verratti is a non-negotiable starter when he’s fit – but Mancini trialled, and occasionally erred, and removed any unhelpful elements: ego, inconsistency, incapacity to play in the team set-up.

The result is a 34-match unbeaten streak, and the Henri Delaunay trophy. 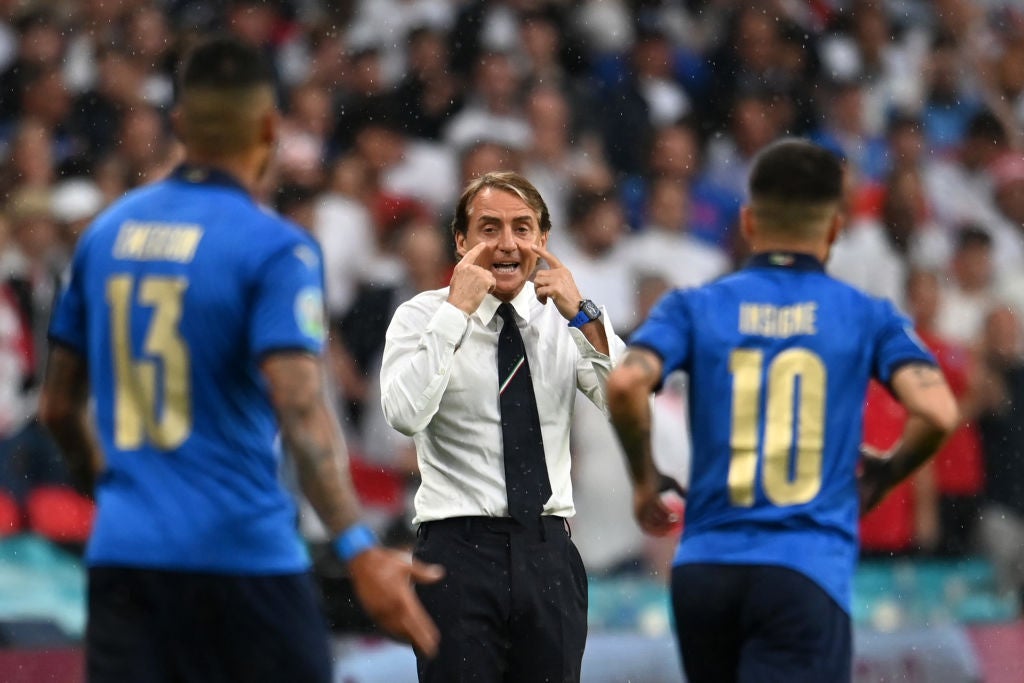 Some have credited Mancini’s willingness to include players from the less-fashionable clubs as an important factor in their success. Assuming the big five of Juve, Inter, Milan, Roma and Napoli are considered the obvious go-to clubs, 14 of the 26 came from outside. Factor in big non-Italian teams and it’s a group of 10.

By itself it isn’t conclusive: the same yardsticks show eight in the Euro 2016 squad and six at Euro 2012; while there were nine in the successful World Cup 2006 group but 10 in 2010, when they didn’t get out of the group stage. Ultimately, it’s the blend of characters and quality which have made the difference for Mancini and the Azzurri, not the numbers from each club. Familiarity helps, but so too does competition for places and a group pulling in the same direction, which is the biggest accomplishment an international head coach can hope for.

It took nearly three decades, but a masterpiece of work in the dugout has helped Mancini lay to rest the ghosts of not just Italy’s worst hour in modern football history, but also of his own moment of Wembley heartache.