In a season five weeks shorter than usual, a campaign for which preparation time was significantly reduced and the possibility of a winter break eliminated altogether, Premier League clubs are facing an unprecedented risk of injury and burnout.

The three-month suspension caused by the coronavirus outbreak in March means there is no let-up between now and the end of the new campaign. With the delayed European Championship to come after that, even the international fixtures are piling up. Many players, including England’s, are squeezing three games into the international break rather than two.

The congested calendar has sent clubs up and down the Premier League searching for solutions. Squad depth will certainly help. Rotation is imperative. But another increasingly important weapon in the battle against fixture fatigue is found in technology.

A growing number of Premier League clubs are turning to in-game monitoring systems to track live performance data in order to tailor workload and keep players clear of the dreaded red zone.

One of the companies pioneering the technology is the Northern Ireland-based STATSports. Their offering consists of a GPS device, worn by players during games and in training, which records a host of physical metrics related to speed, distance covered and intensity.

Their newly-released Sonra technology ensures the data can be viewed and downloaded with unprecedented speed and accuracy to multiple devices, including iPads and bespoke wristwatches which can be won by coaches, physios and even the players themselves. 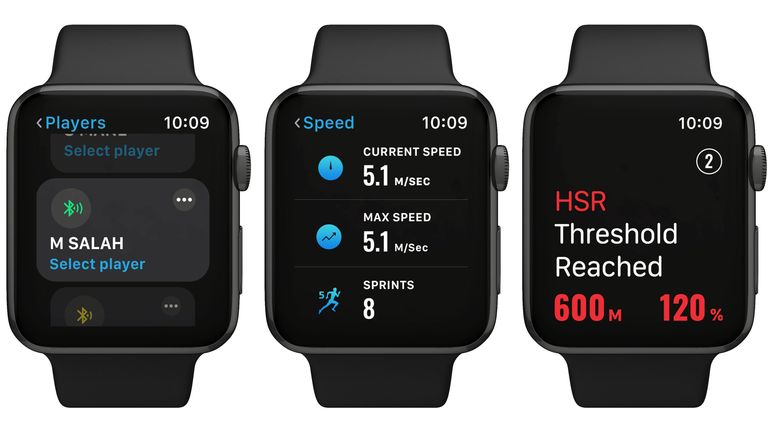 “The data you see live is 100 per cent identical to the data you see post-session or post-match,” Barry Watters, head of sports science at STATSports, tells Sky Sports.

“That is a big change in the industry and allows coaches and players to make decisions in real-time, in full confidence that there will be no drop-out, no data loss and no inaccuracies.

“It’s great having all the data, but really it comes down to speed and practicality so everything has been designed to be easy to use and understand.

“In these clubs, with so many fixtures coming up, time is going to be in shorty supply, so if it takes you two or three hours to turn the data into digestible insights, you’ve probably already missed your window.”

Now, individual data for an entire squad can be downloaded in a matter of minutes, giving coaches an immediate insight into their players’ physical output and allowing them to react accordingly. “The data can be sitting on the head coach’s desk as soon as he comes off the training pitch,” adds Watters. 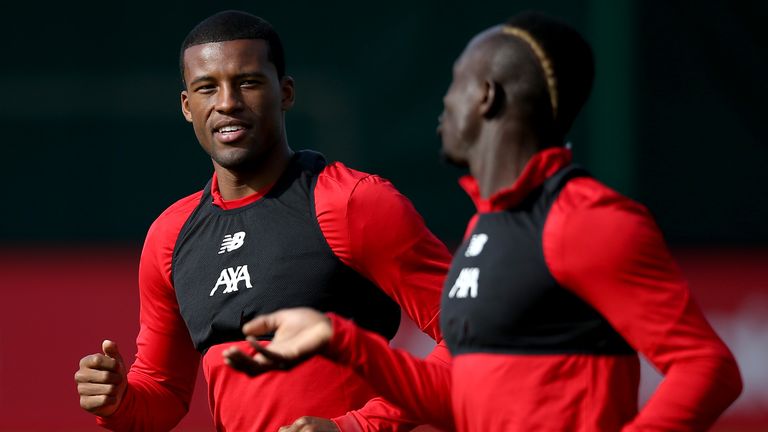 The system allows coaches to set individual thresholds to monitor workload, alerting them instantly when a player has exceeded his recommended physical targets for the day and may therefore be at risk of injury.

“It’s a traffic light system which can be configured however the user sees fit,” says Watters. “So if you wanted a player to cover roughly 1,000 meters of high-speed running in a session, you would get a green notification when he hit 800m, an orange one when he hit 1,000m, then a red one at, say, 1,200m.

“Each player reacts differently to different sessions, which is why the individual thresholds are so important. You can see exactly how much they have done and whether they need to be pulled back or pushed forward.”

STATSports work with 14 Premier League clubs, including Liverpool, Manchester City, Manchester United and Arsenal, but their technology has been harnessed to particularly good effect by Wolverhampton Wanderers, who were one of the first to use it in games as well as during training.

Nuno Espirito Santo’s side faced a gruelling schedule last season, playing 59 games in all competitions, and yet they managed it with one of the smallest squads in the Premier League. Their use of technology allowed Nuno and his staff to avoid overworking their players in training in order to keep them fresh on matchdays.

“They are one of the biggest advocates of our system,” says Watters. “By using it in games, you’re able to see, during and afterwards, exactly what each individual has done.

“You may have planned to do recovery session the next day, but after looking at the numbers you may decide it’s better to not train at all and instead focus on nutrition, sleep and maybe some non-weight bearing activity in the pool or something like that.”

Leeds United, whose aggressive, high-intensity playing style under Marcelo Bielsa places huge demands on the players, are another example of a club who have embraced the technology fully, and more are expected to follow as the season continues.

“If you use it all week during training, then it makes sense to use it during the games as well because it gives you the full picture,” explains Watters. 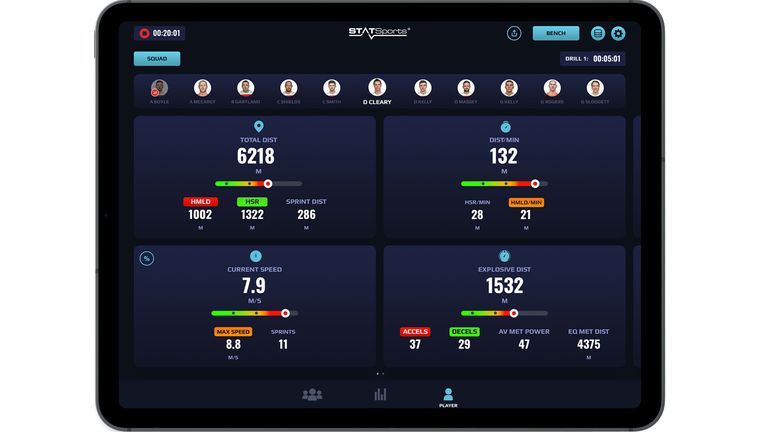 “The numbers from the game can be used to help prescribe your training. For example, one of the features we have is maximum intensity period. You can look at the three-minute period of a game where a player had the highest output, the highest metabolic load distance, as we call it, which includes accelerations, decelerations and high-speed running, then you can replicate it in training.

“That then acts to help prevent injury, because if a player goes into a game and he has not been exposed to that level of intensity before, he will be more susceptible. With the technology, you’re able to pick out those periods in games and expose the players to the same thing in training, to ensure they will be able to cope appropriately.

“You’re not telling the manager to do this or do that, you’re just providing him with data to give him a more complete picture. What coaches see with their eyes, the human aspect to it, is still the most important thing. But this technology helps to inform decisions.”

In a season unlike any other, Premier League clubs up and down the table now hope their players will feel the benefits.

Shaw urges Manchester United to make signings to 'keep up'

England vs Wales live stream: How to watch friendly online and on TV tonight

Fletcher hails 'fantastic' De Gea as keeper returns to form in PSG win
Recent Posts
This website uses cookies to improve your user experience and to provide you with advertisements that are relevant to your interests. By continuing to browse the site you are agreeing to our use of cookies.Ok