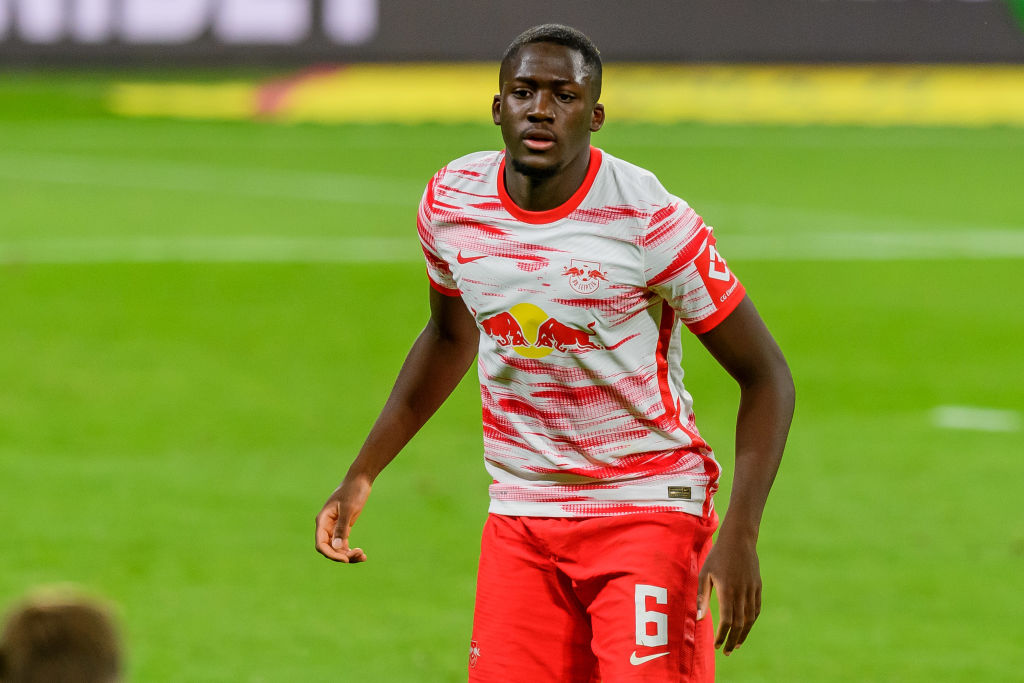 Ibrahima Konate has expressed his delight at joining a ‘massive club’ after his eagerly anticipated transfer from RB Leipzig to Liverpool was confirmed on Friday.

Jurgen Klopp had made it a priority to strengthen his defence this summer after an unprecedented injury crisis undermined Liverpool’s hopes of retaining the Premier League title last season.

The Reds have subsequently moved swiftly to add another top class centre-half to their ranks and agreed to trigger Konate’s £36million release clause.

’I’m really happy to be joining such a massive club like Liverpool,’ Konate said upon confirmation of the deal.

‘It’s a really exciting moment for me and my family and I am really looking forward to meeting my new teammates, the staff and getting started on this new chapter.

‘Right now, my focus is on the Under-21 European Championships with France, but after this competition I know I will be joining one of the best teams in the world and that gives me a great feeling.

‘I have worked very hard for many years to get to this point, but I would like to say a big thank you to everyone at RB Leipzig and all the people I worked with there – the coaches, my teammates, the staff and especially the fans.

‘Your support helped me grow up during my time there and become not only a better player, but a better man and I will always be grateful for it.’

Konate, however, is said to be viewed as the better long-term investment and although his own fitness record is far from a flawless one, any concerns have been allayed by the rigorous medical tests he has undergone.