Home » Soccer » Ignore the myths about Antonio Conte, a ‘tactical master’ who turns mess into magic The only manager to breach the 90-point mark in the Premier League this decade not named Pep Guardiola or Jurgen Klopp is Antonio Conte.

Unlike his counterparts, he achieved that feat in his first season on these shores: the much-marketed Most Competitive Division in the World. It is has been curious, then, to witness the recasting of the Italian as Jose Mourinho’s slightly less evil, slightly less blockbuster, and slightly less credible twin.

We live in mad times, but even still, this is quite an insane contortion. Here’s the short of it: Conte has won five league titles and three domestic cups with Juventus, Chelsea and Inter Milan.

These were not gimmes or guarantees. His three consecutive Scudetti at Juve preceded successive seventh-placed finishes before his arrival. Chelsea had imploded, sitting a shocking 10th when Conte walked in and transformed them into “a war machine.” 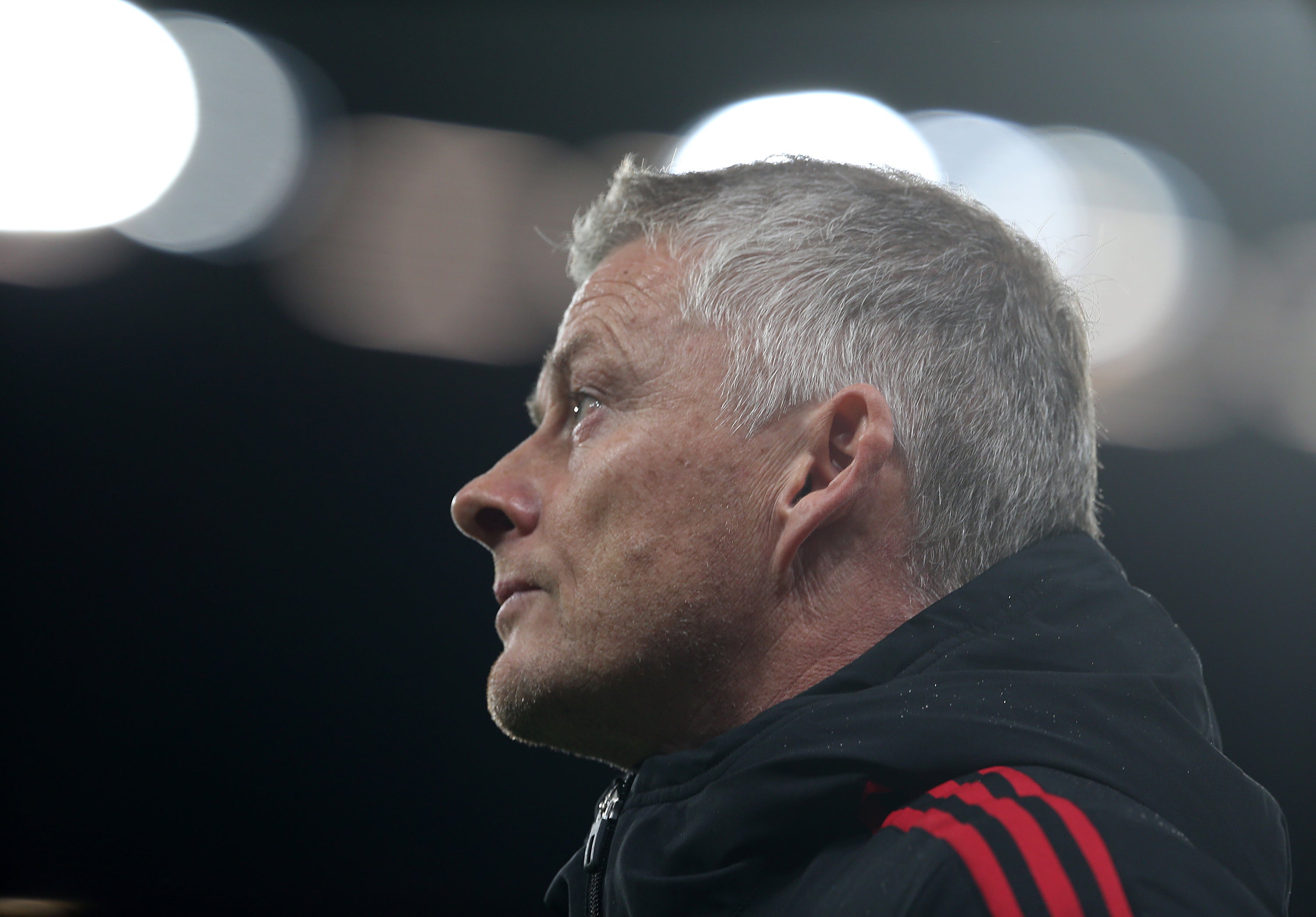 He reached the Europa League final in his first season with Inter before delivering the Holy Grail: Inter’s first league title for 11 years.

Italy did not want to lose him after Euro 2016, which ended with a quarter-final defeat to champions Germany on penalties, but Conte was desperate to return to the thick of club management. And he is very, very, very good at that.

The 52-year-old has been linked with Manchester United, who continue to limp on with Ole Gunnar Solskjaer, and has put out word that he’d like the challenge of moulding them out of the mess they are.

The reaction to his candidacy has been overwhelming odd, a series of takes that are not quite truth and marry into myth rather than reality.

First, yes: Conte can be abrasive, demanding and has fallen out with the powers that be at every club, chiefly over transfers he didn’t want or changes of direction without his input. “I’m not an ass-licker,” he famously told L’Equipe.

There have been clashes with players: Diego Costa being the most obvious reference point. But it is a twisting of the facts to suggest he burns the house down in the same manner or to the exact scale as Mourinho, with all of his clubs still in a healthy state post his exit.

Chelsea, for example, finished third and won the Europa League the following season, under Rafa Benitez; a manager the majority didn’t want.

Conte has been filtered into a tactical box, suggesting he can only play three at the back when the entirety of his career illustrates a craftiness in setting up to maximise the strengths of a squad. His preference during his early days in the dugout was for a flat back-four, but the make-up of the group at Juventus dictated a 3-1-4-2.

Even his use of a three massively diverges. At Chelsea, where he tried to initially implement a back four, it was 3-4-2-1 with Costa as the focal point, supported by narrow inside forwards and wing-backs either side of a double pivot.

The formation was unfashionable prior to his execution, which then spawned imitation. Mikel Arteta, Chris Wilder, Brendan Rodgers, Nuno Espirito Santo and Graham Potter have all used three at the back. 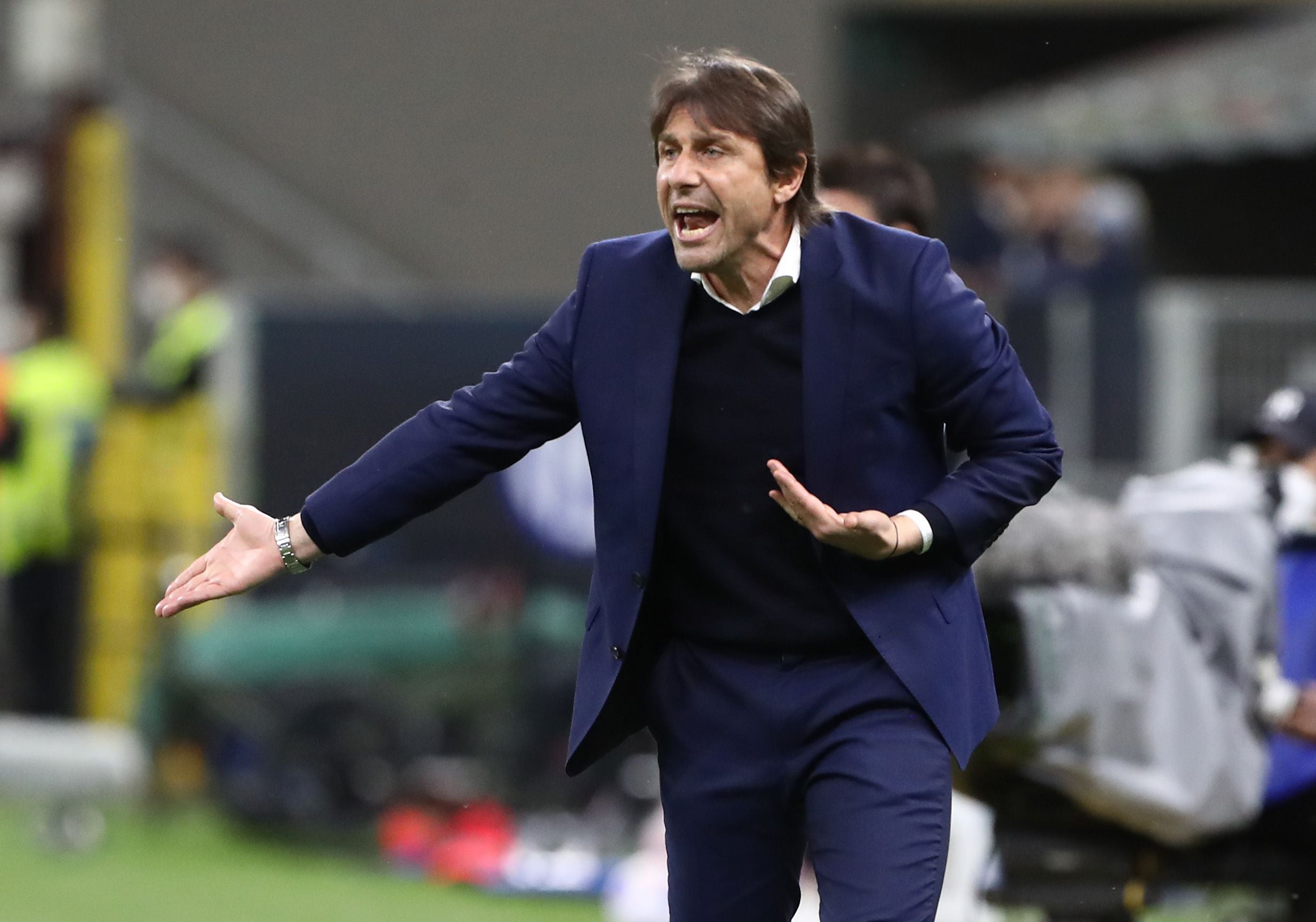 Italy adopted a more direct approach with more advanced positioning and overloads than either of those two club teams.

At Inter, there was an evolution between seasons from the attacking midfielders making decisive runs to the wing-backs doing so and those in the centre of the pitch remaining compact for the counter-press.

A 5-3-2 mid-block, and when needed a lower block, have been Conte’s main defensive armoury. He is a manager that understands and appreciates that structure without the ball is fundamental to consistency, breeding success.

To paint him as a defensive coach is flawed, especially as he is a devoted advocate to the progressive high-press. Having supreme organisation without the ball is core to success in possession: Klopp and Guardiola preach the same tenet.

Conte’s Juventus scored in 43 consecutive games (February 2013-March 2014), which was a Serie A record at the time he joined Chelsea.

The Stamford Bridge side scored 85 times in his title-winning season and would often swarm opponents with a front-five in possession. Chelsea’s 5–0 home win against Everton in November 2016 was attacking art.

Over at Inter, Romelu Lukaku bulldozed a few of the original Ronaldo’s goal records as well as others that stood in Serie A for 70 years under Conte.

“He really helped me and showed me what it took to win,” the forward said. “It’s a totally different game in Italy. Very, very tactical. Tight spaces and in most of the games you only get one chance, and if you don’t score it gets very difficult. So, efficiency-wise that was very important, and I also learnt to play more with my back to goal and other technical aspects of the game which are really important. 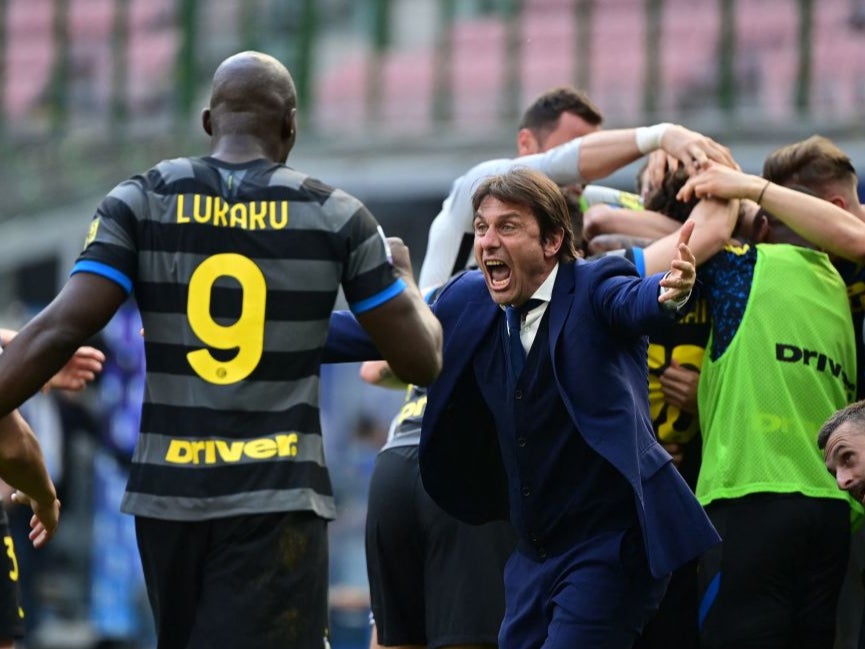 Lukaku credits Conte with improving him as a player

“Most of the time you were back to goal, and everything was going through me. I remember having a conversation with Conte about this and he told me if I wasn’t good at that, I wouldn’t play. For me that was an eye-opener. Once I mastered that aspect then for me everything became easier. The game would slow down, and I could control the game more and give more assists.

“Every trainer has a different way of coaching, but with Antonio we really learnt how to go to the red zone.”

Conte has a habit of drastically improving individuals: think Marcus Alonso, David Luiz, Victor Moses, Lukaku… The list is lengthy and it is that way because he is a mastermind of finding solutions to match his players’ strengths.

“Tactically, he is a master,” Guardiola has said of Conte. “He’s superb, maybe he’s the best. He’s an excellent manager, I learn a lot when I see his teams. I like to do that because you see what they want to do. Their teams control a lot of aspects. It’s a good lesson for me to see his teams and learn.

“What Antonio has done here in the Premier League, maybe the people don’t realise. He introduced another way to attack with five at the back, another system, a lot of teams, even Arsenal, had to do a lot of imitating to do that.”

There can be valid reservations over his propensity to combust and his shelf-life at a club – Thomas Tuchel came with the same warning at Chelsea – but there is no concrete football reasoning to position him as an undesirable.

Conte’s golden gift is turning a mess into magic. However short it is, it comes with a sweet silverware lining.