Leicester hero Kelechi Iheanacho declared his love for the FA Cup after leaving Leicester dreaming of lifting the trophy for the first time in their history.

Iheanacho scored the only goal – his 10th in the last seven matches – early in the second half to end Southampton’s campaign and set up a Final with Chelsea, Leicester’s first since 1969.

Since the start of the 2015-16 season, no player has scored more in this competition than Iheanacho, who also struck twice to knock out Manchester United in the last eight. 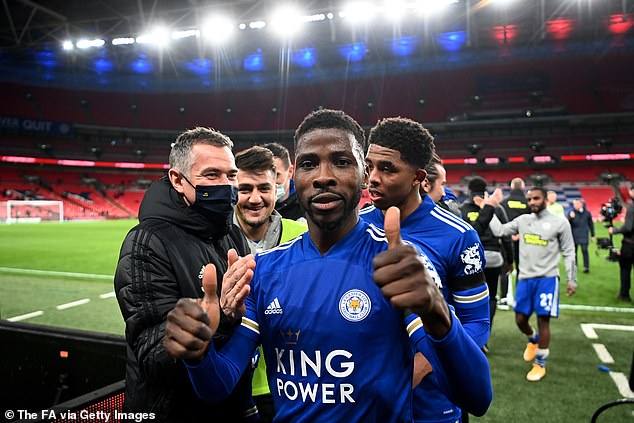 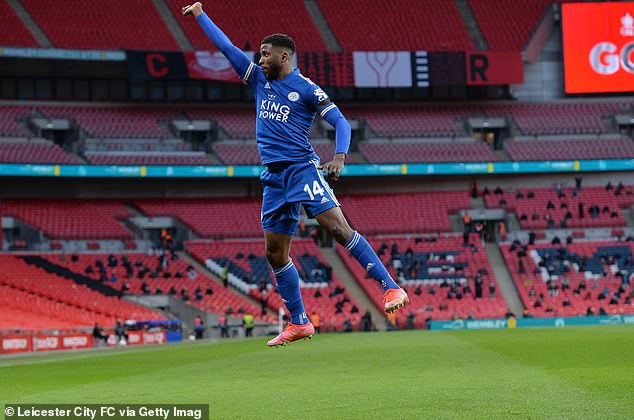 ‘The FA Cup loves me and I love the FA Cup,’ said Iheanacho. ‘I was in the right place at the right time. I’ve been unlucky in the past few years but it’s working out well now and I need to go to the next level.’

Vardy’s brilliant burst and cross created Iheanacho’s strike and the Nigerian added: ‘The partnership is outstanding. He has pace, he has everything. He set up the goal and I was in the right place at the right time.’ 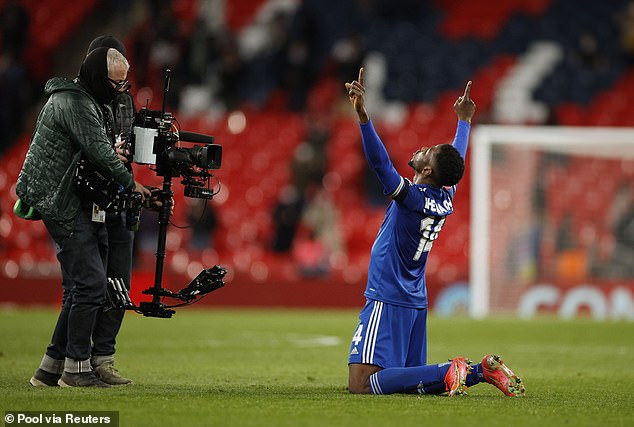 Boss Brendan Rodgers has also reached his first FA Cup Final after losing to Aston Villa six years ago when in charge of Liverpool. Rodgers also has Leicester in contention for a top-four finish this term.

He said: ‘The club have been waiting a long time to get to an FA Cup Final. It’s something I’ve been made well aware of and something that means a lot to the supporters.

‘We deserved it. We didn’t concede any efforts on goal, and as the game wore on we looked really bright.

‘The two of them [Vardy and Iheanacho] are a real threat. Jamie may not be scoring but he gives us so much and Kelechi is such a great guy who is at the top of his game in terms of confidence.’

Saints boss Ralph Hasenhuttl said: ‘I think we left everything on the pitch today, but we had no shots on target. It was a bit unlucky how we conceded the goal.

Antonio Rudiger hails attitude of Olivier Giroud after battling back