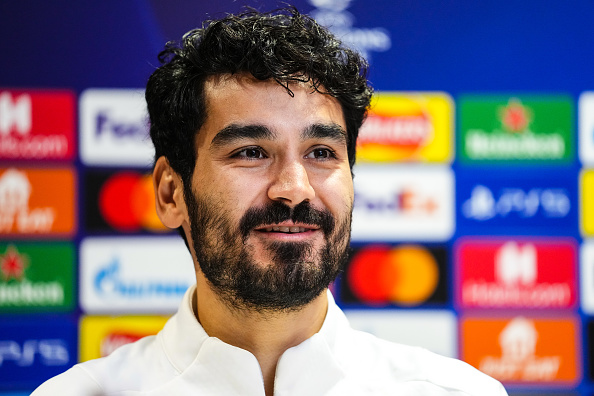 Ilkay Gundogan has named Chelsea midfielder N’Golo Kante as the toughest opponent he has ever played against.

Kante joined Chelsea from Leicester back in July 2016, just weeks after he played a pivotal role in the Foxes’ famous Premier League title triumph under Claudio Ranieri.

Since his arrival at Stamford Bridge, Kante has been a mainstay in midfield, having made more than 20 appearances in each of his first five full seasons at the club.

The French international was also key to Chelsea successes at the back end of last season, including man of the match performances in both Champions League semi-finals vs Real Madrid as well as the final against City in Lisbon, a game that Thomas Tuchel’s team won 1-0.

And Gundogan, who also played in last year’s Champions League final, believes that Kante’s work rate makes him the toughest player he has ever played against.

‘If i need to compare position wise, someone who plays in midfield, probably someone like N’Golo Kante, just the fact that you know you pass him and you feel like he cannot come back anymore,’ he said.

‘And then a couple of seconds later when you think you have a bit of space and time, he’s there.

‘He’s incredible, the amount of work that he puts into the game, it’s just unbelievable.’

Pep Guardiola’s side host high-flying West Ham on Sunday, while the Blues welcome managerless Manchester United to Stamford Bridge in the day’s later kick off.

Anthony Martial enjoys the sun with wife Melanie before pre-season