In an alternate reality, Karim Benzema is the leading goalscorer at Manchester United and regularly torments defences in the Premier League, leading them from title to title. Alas, he will be gearing up to take on Liverpool today, finally entering the limelight at Real Madrid.

Liverpool boss Jurgen Klopp will be telling his defenders to be wary of one man – Karim Benzema.

The Frenchman is in the form of his life at Real Madrid, where he is firmly the main man after so many years in the shadow of Cristiano Ronaldo.

He might be 33 but the striker is the complete package – strength, poise, skill, composure and an unrelenting attitude.

After 11 goals in his last 10 appearances, Zinedine Zidane will be counting on the ex-Lyon man to make his mark tonight in Madrid. 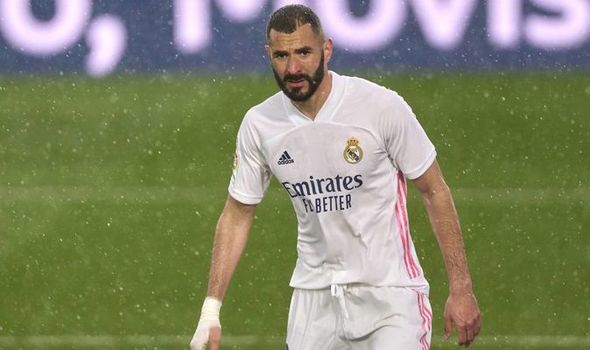 Liverpool know all about Benzema after he won man-of-the-match in the Champions League final between them in 2018.

Everyone remembers the brilliant Gareth Bale overhead kick but it was Benzema who roped through his side, constantly battling a Reds defence that ultimately caved in to his pressure.

But once upon a time, the forward was a swashbuckling forward who was more pace than power while at Lyon.

At the age of 21, he had 66 goals in 150 appearances and was the talk of the town – being chased by a host of European clubs including Manchester United.

Ronaldo had just left Old Trafford for Real in 2009 and Sir Alex Ferguson insisted they tried to use the money to buy Benzema.

However, Los Blancos were the scourge of United yet again after they landed Benzema ahead of them – even though they had already splashed the cash on Ronaldo and Kaka.

Zidane, a director at the Bernabeu at the time, told Real president Florentino Perez to sign the Frenchman after talks broke down over David Villa with Valencia.

And Lyon president Jean-Michel Aulas has revealed that it was a dream of Benzema’s to sign for Madrid – despite United having the better offer. 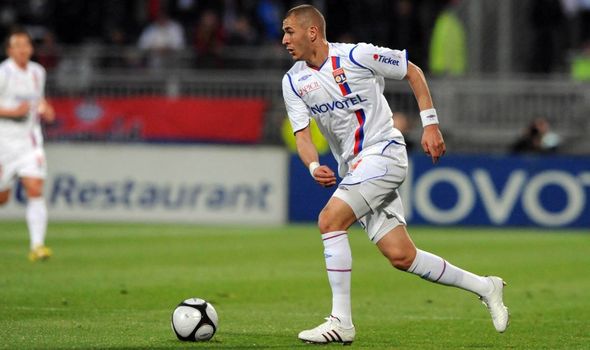 “When Karim asked me about leaving Lyon I had received two offers: one from United and one from Real Madrid,” explained Aulas.

“Karim, just as [Nabil] Fekir did, came to see me and this showed that we had a very trusting relationship. He [Benzema] said: ‘My dream is to play for Real Madrid.’

“We sold him to Madrid even though United had made a superior offer.”