Inter Milan are plotting a move to sign Pierre-Emerick Aubameyang this summer, provided Lautaro Martinez completes his rumoured £92million move to Barcelona. The Arsenal striker is one of five men being watched by Antonio Conte’s side, as well as Chelsea’s Olivier Giroud.

Aubameyang has been heavily linked with a move away from Arsenal in the upcoming summer transfer window.

The Gabonese striker had previously been tipped to join Barcelona, with the Blaugrana keen to sign a new striker at the end of the season.

Quique Setien acted quickly to bring in Martin Braithwaite after Ousmane Dembele’s season-ending injury, but they are expected to fork out for a world-class forward in the summer.

Inter Milan’s Martinez is believed to be their prime target, with the Argentine striker having a release clause of £92m. 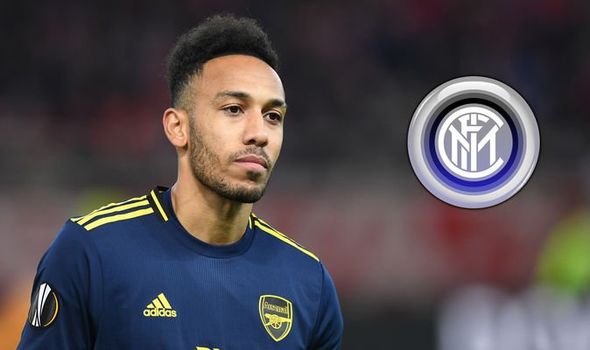 And ESPN reports that if Inter are forced to sell Martinez, they will look at Aubameyang as a potential replacement.

The talisman is out of contract at the end of next season, and it has been speculated that he will refuse to sign an extension without the chance to play European football.

For that reason, it is possible that the Gunners will look to cash in on their star asset, in order to fund a squad rebuild at the Emirates.

Aubameyang has got 15 goals in 24 Premier League games this season, and is considered to be Arsenal’s best player.

However, with Gabriel Martinelli on the verge of bursting into superstardom, it is possible that the Gunners could sell Aubameyang and promote the young Brazilian.

Manchester United’s Anthony Martial is also believed to be a target, along with Giroud of Chelsea.

The veteran Frenchman seemed destined to leave Stamford Bridge during the summer, but Frank Lampard’s side refused to let him leave.

He has barely played this season, and had a rare start against Tottenham on Saturday, bagging himself his first goal of the season. 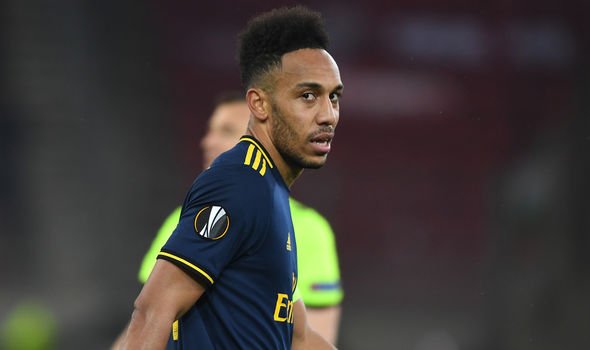 And speaking after the game, Giroud said he wants the goal to be the first of many going forward.

“I am a team player and I would like to underline the character that we showed today,” Giroud told RMC Sport.

“It was important, we talked a lot and we had to put things right after some not so good performances.”

Liverpool transfer target Timo Werner is also said to be on Inter’s shopping list, as are Antoine Griezmann and Dries Martens.