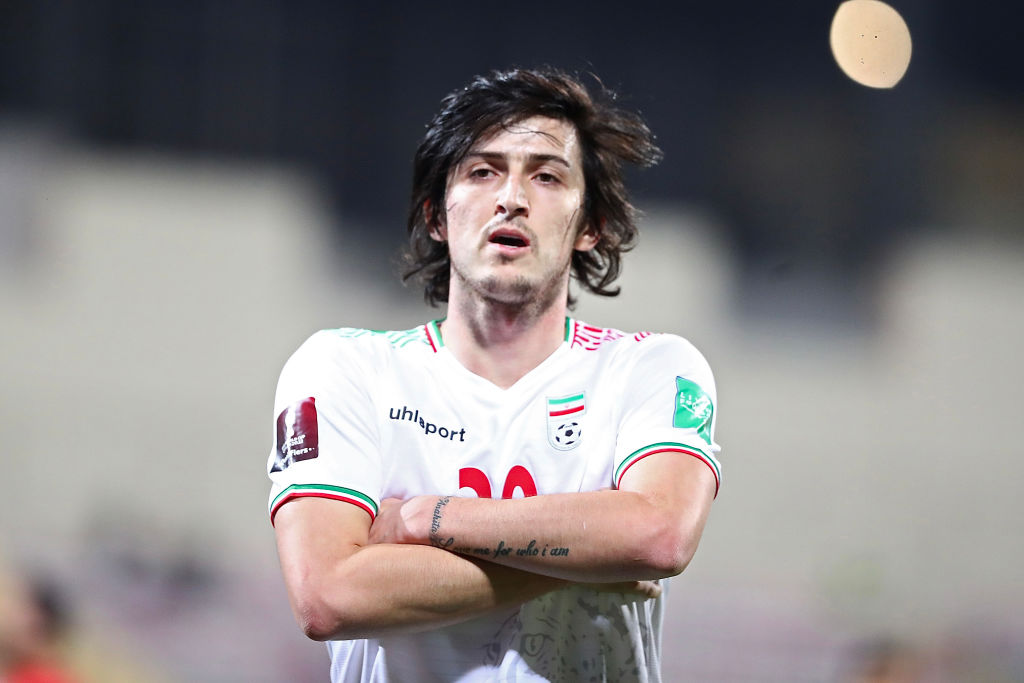 As protests against the ruling regime in Iran continue, some of the country’s star footballers have spoken in support of their people while they prepare to play in the World Cup in Qatar.

The death of Mahsa Amini in custody of Iranian morality policy sparked weeks of protests, which have seen hundreds of deaths and thousands of imprisonments.

There were question marks over whether Iran would be able to compete in the World Cup as a result, but they get their campaign underway against England on Monday afternoon.

It will be an emotional time for the Iranian players, some of whom have bravely spoken in support of the protesters at home, knowing that it comes with a risk.

Bayer Leverkusen striker Sardar Azmoun posted on Instagram: ‘At worst I’ll be dismissed from the national team. No problem. I’d sacrifice that for one hair on the heads of Iranian women.

‘This story will not be deleted. They can do whatever they want. Shame on you for killing so easily; long live Iranian women.’

Ehsan Hajsafi, the AEK Athens defender who has 121 caps for Iran, said at a press conference in Qatar: ‘They should know that we are with them. And we support them. And we sympathise with them regarding the conditions.

‘We have to accept the conditions in our country are not right and our people are not happy. We are here but it does not mean we should not be their voice or we should not respect them.’

Is Manchester United vs PSG on TV tonight? Kick off time, channel and how to watch Champions League fixture