Home » Soccer » Is Frank Lampard this season's Premier League rookie of the year?

They taunted him when he was a teenager in claret-and-blue and they cranked up the anger when he left them and crossed London to join rivals Chelsea.

Lampard used the hate to fuel his fire as he matured into one of the world’s finest midfielders, breaking goal records for his club and collecting 106 caps for his country. 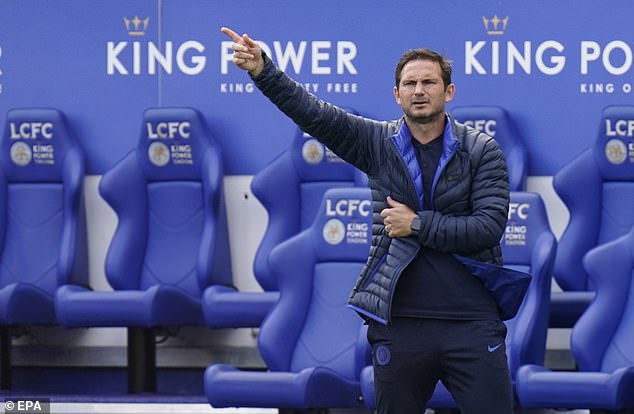 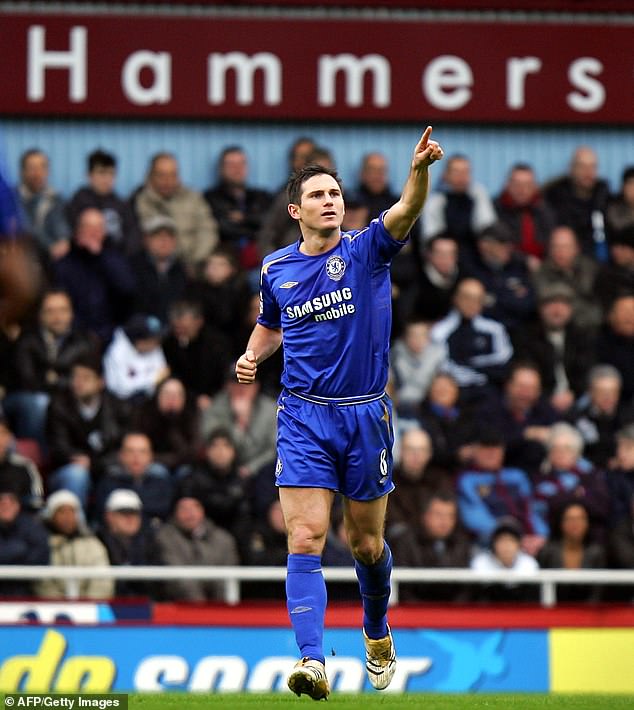 As he returns for the first time as a manager, he is still proving people wrong — well set for Champions League qualification in his first season as a Premier League manager and into the FA Cup semi-finals.

It hasn’t been entirely serene but Lampard has tackled problems and responded to setbacks with the same steely determination which underpinned his playing career.

Only a fortnight before lockdown, Chelsea appeared to be losing their way. They were fourth, nine points from Leicester in third, with the pack closing in.

They salvaged a point with a late equaliser at Bournemouth after a drubbing by Bayern Munich at Stamford Bridge and a home defeat against Manchester United.

They were impressive against Tottenham, but those displays were increasingly scarce. 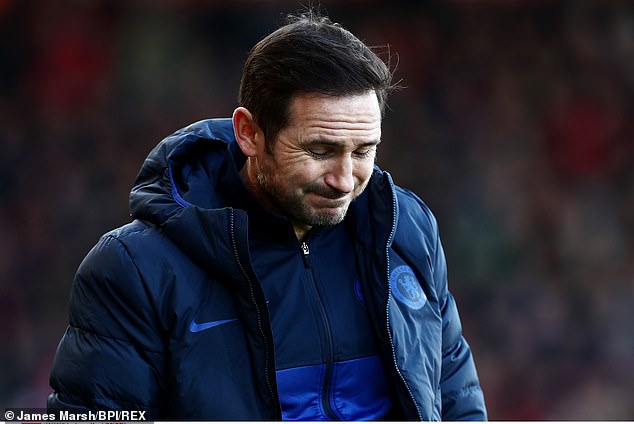 Before lockdown, Lampard’s Chelsea appeared to be losing their way with inconsistent results

Chelsea escaped the doldrums by beating Liverpool in the FA Cup when Lampard thrust Billy Gilmour into midfield and the teenager ran the show, just as he did in a 4-0 win against Everton five days later.

Liverpool were understrength and Everton were downright awful that day, but Lampard has not dodged difficult decisions. One was to sell David Luiz without buying a replacement.

Another was to drop Kepa Arrizabalaga, the world’s most expensive goalkeeper at £72million. He left out Christian Pulisic, signed for £58m, and preferred Mason Mount.

Moreover, insiders at Chelsea note a key difference to his predecessors. When things went wrong for Antonio Conte or Maurizio Sarri, the Italians would turn inwards, lines of communication broke down and trust would erode. 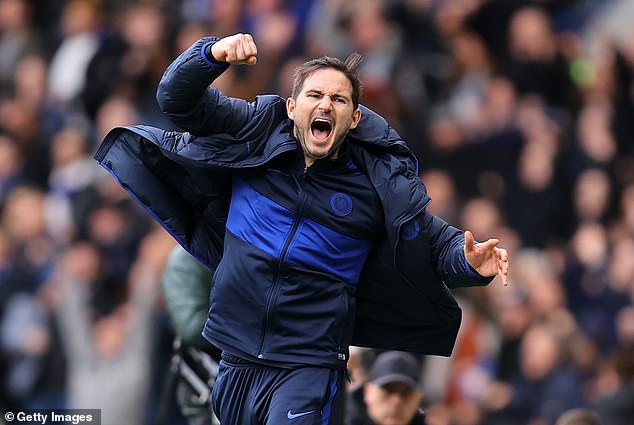 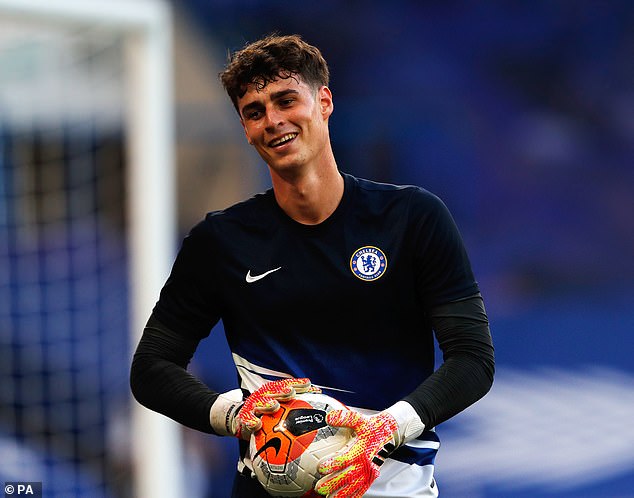 Choices such as dropping goalkeeper Kepa, now back in the side, worked in Lampard’s favour

Lampard, perhaps because he and his coaches understand the machinations of this peculiar club, has avoided the usual friction points.

His connection to the board via Petr Cech and Marina Granovskaia is healthy, even though he was unhappy at the failure to recruit players in January.

So too the relationship with Neil Bath, head of youth development. The manager’s desire to give young players an opportunity — and the influence of coaches Jody Morris and Joe Edwards — has reinvigorated an academy renowned for years as the best in the country.

He demands hard work and high standards. And it is telling that while promoting the home-grown kids he has retained the loyalty of senior players.

Cesar Azpilicueta, who started the season badly, is back to his normal levels of consistency. Olivier Giroud, almost sold in January, has signed a new deal. Willian and Pedro have agreed to stay until the end of the season.

Lampard impressed with the manner in which he handled N’Golo Kante through phase one of the restart. Kante, wary and reluctant to return, was given the time he needed. 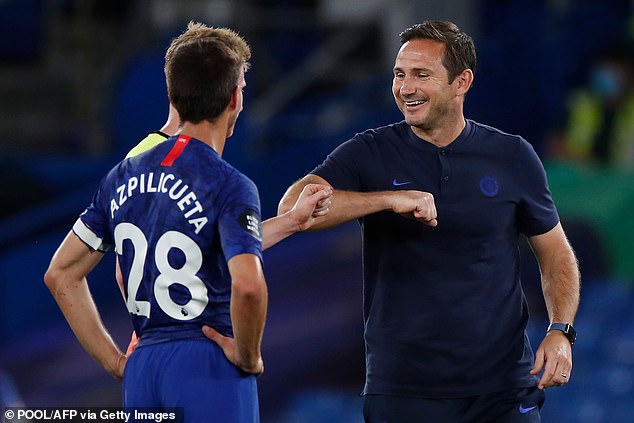 The manager was firm and supportive, just as he was when Mount and Callum Hudson-Odoi broke regulations.

On balance it was a good lockdown for Chelsea, who provided free meals and shelter for NHS workers, then pulled off an exciting burst of transfer activity.

The acquisition of Werner and the pursuit of Kai Havertz and Ben Chilwell will sharpen up the dressing room. A team flagging in February look fresh and hungry in midsummer.

‘Lockdown gave me some good reflection time,’ said Lampard yesterday. ‘When you’re playing all the time, you’re always looking to the next one. 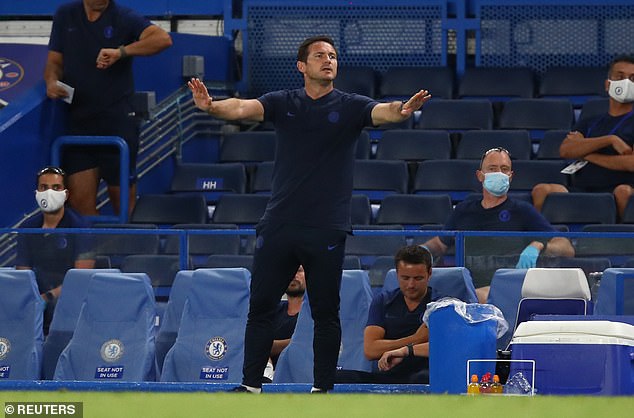 ‘That was taken away and we had more time to reflect on how we train, how we work.

‘In a season you’re always going to get tested and have moments that aren’t so good.

‘I came into the job in the summer and couldn’t make huge changes because of the transfer ban, and there was always going to be a slight element to work against this season to get to where we wanted to be.

‘I don’t think it was ever going to be plain sailing. So, to reflect was really positive for me and for us as a team. You can isolate things to work hard on which we’ve done.’

Chelsea have won five in a row, three since the restart, including last week’s victory over Manchester City which was a reminder of their potential. Suddenly they are only one point behind Leicester. 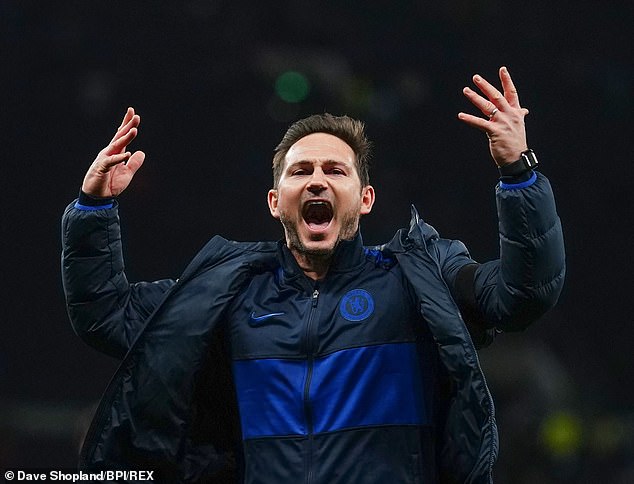 Lampard, 42, will be a year in the job on Saturday — a milestone only Jose Mourinho, Carlo Ancelotti and Conte have reached under Roman Abramovich.

Detractors might claim he was fortunate to be appointed, maybe even complain about privilege, as they did when he broke through at West Ham as the son of the coach and nephew of the manager.

But he has seized the chance and, if he produces a top-four finish despite losing Eden Hazard and enduring a transfer ban, this rookie manager’s first season in the top flight must go down as a resounding success.

Not perfect and he knows that, hence his cautious tone. Chelsea are far from the top and next year the demands will change, but the vibe is positive once again at the Bridge.

They might not like it at West Ham, but on this occasion they won’t be there to let Lampard know what they think.

‘There is a lot of fear’: Olyroo opens up on life inside Italy’s red zone