Home » Soccer » JACK GAUGHAN: Man City have had their window since Guardiola's arrival

JACK GAUGHAN: Man City have enjoyed their strongest transfer window since Pep Guardiola’s arrival in 2016… to end it in substantial profit after landing Erling Haaland is a feat few would have predicted

This is the summer Pep Guardiola has wanted for a couple of years.

When he discussed shaking and moving before the Champions League final defeat by Chelsea, it was not in reference to various videos of the Manchester City manager dancing that have gone viral over the years, but the reshaping of his squad. 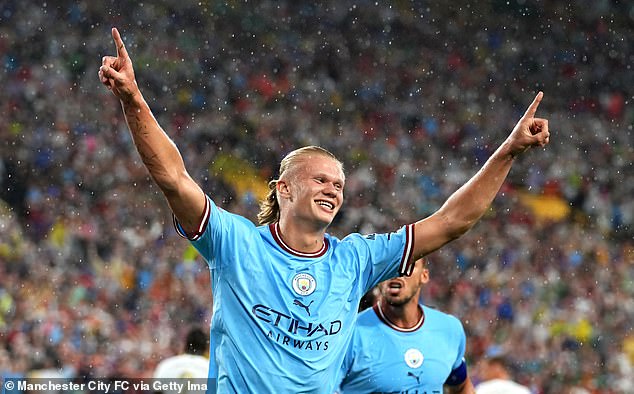 Guardiola was of the belief that City required tinkering. His squad needed, if not more quality, then a new energy.

As impactful as his signings have been on the pitch, they have had just as much of an effect in livening up a dressing room so used to winning, keeping players on their toes.

That might be slightly different this year, with the brutish goalscoring machine that is Erling Haaland marching through the doors for £51million and scoring within 12 minutes of his debut against Bayern Munich during an on-off, weather-affected friendly on Sunday. 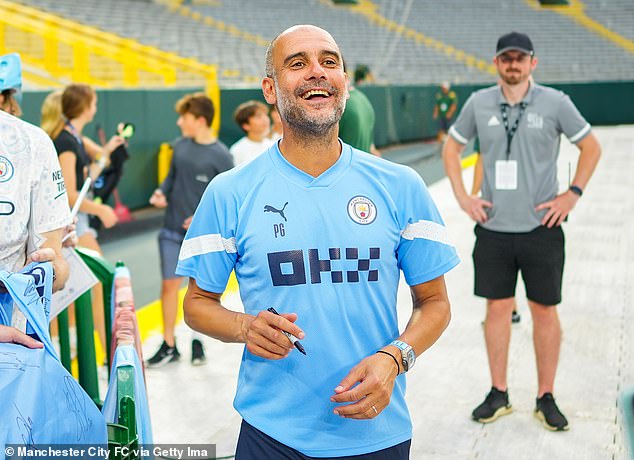 Yet even Haaland has a supplementary function of giving the City players something fresh to focus on behind the scenes.

They have already taken to singing the chorus of a song created at his former club Dortmund, serenading him as he gave a speech at dinner in Houston last week.

‘Guardiola is a bit crazy and I like that,’ Haaland said. ‘I cannot tell you too much about this after one week but I’ve been training well and I’m ready for what is next.’

Guardiola wants players who can integrate without any issues and has seen that with Haaland. He credited his bigger stars, especially the ‘humble’ Kevin De Bruyne, for leaving any ego to the side in welcoming someone who will steal the majority of the focus. That humility, he believes, is what makes City what they are.

There were tears when Oleksandr Zinchenko left the camp and moved to Arsenal. Gabriel Jesus had already gone the same way and Raheem Sterling departed for Chelsea.

City recognised that all three wanted more guarantees over game-time and sought to secure market value for them. The trio sold for a combined £125m, with a cluster of youngsters going for around £30m, too. 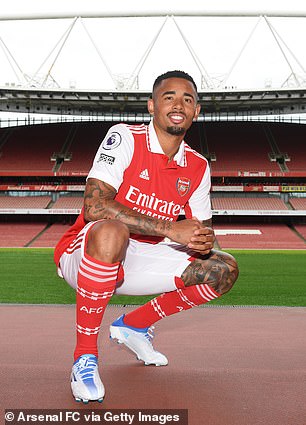 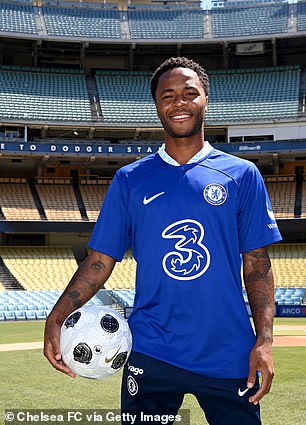 Julian Alvarez was signed in January from River Plate for £14m and once Leeds United’s Kalvin Phillips was secured for £42m, they were almost done.

A new left-back would top off the strongest transfer window since Guardiola’s arrival in 2016, although Brighton’s £50m price tag for Marc Cucurella is proving difficult.

The moving and shaking could have been done last summer but there was not the value in the market given the pandemic and City refused to sell on the cheap. So they waited.

‘I’m excited,’ Guardiola said here in Green Bay. ‘Sometimes the market is strange. Normally we are a team that buy and didn’t sell much. This summer for different reasons, we sell some players. If they stayed longer there would be no problem.

‘They proved how good they are. But sometimes the players want more and the club feel it is the right moment to do it.

‘Chelsea and Arsenal have paid the money — that is fair.’ 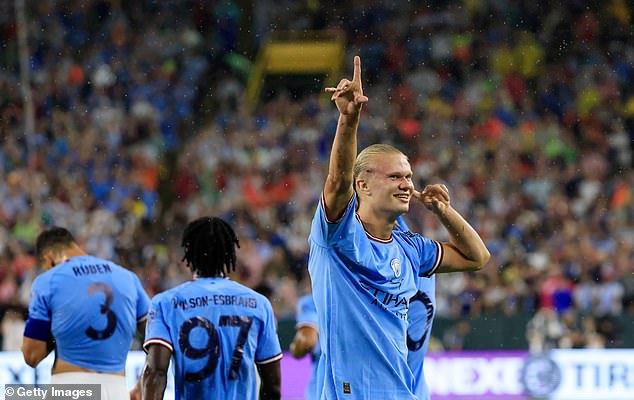 City would have signed Haaland regardless of fees coming in, but to end the window in substantial profit after landing him is a feat few would have predicted.

Saturday brought a promising first glimpse, Haaland poaching the only goal against Bayern inside the six-yard box to finish clever work by De Bruyne and Jack Grealish, with the latter appearing sharp on this trip.

Haaland — who admitted his fitness is not perfect — spoke about sharing a ‘vibe’ with Grealish and the pair linked dangerously.

‘I’m sure everyone will be looking at his first game but he has signed for five or six years, I think he will score a couple of goals in that time.’ De Bruyne said. ‘It doesn’t feel like he is feeling the pressure.

Medical chiefs launch probe after Covid-19 jabs given to Chesterfield

Wales squad: Who would be in your starting XI for Euro 2020?