Jack Grealish is ready to take the kicks and bruises for England as he targets a successful European Championship with the Three Lions.

The Aston Villa captain put in a standout performance in a 1-0 win over Austria at the Riverside Stadium on Wednesday night, playing his part in Bukayo Saka’s winning goal.

Grealish was the most fouled player in the Premier League last season and was seemingly targeted for some rough stuff from the Austrian defence.

But, while he continues to fight back to full fitness following a niggling shin problem, Grealish maintains he is happy to be England’s foul guy this summer.

Asked if he takes the kicks as a compliment, Grealish replied: “Yeah, of course.

“Not so much for Villa because we haven’t got that many good free-kick takers but here we’re blessed with them.

“We have Trent (Alexander-Arnold), we have Tripps (Kieran Trippier), we have H (Harry Kane). The standard here when we do free-kicks after training is just unbelievable.

“So as long as I can keep getting as many fouls in and around the box…a coach always said to me when I was younger, it was actually Martin O’Neill.

I’ll take the kicks to help my team, definitely.

“He said to me: ‘You never, ever want to get kicked in your own half or anything because there’s no point, you can’t do anything there. Try and get kicked around the edge of the box or in the box as much as possible’. I was a bit young and I thought, ‘Ah, OK’.

“But now obviously I understand why and I’ll take the kicks to help my team, definitely.”

Despite his willingness to take one for the team, Grealish admits the worry of picking up a knock and missing the tournament has entered his thinking – albeit briefly.

“Of course,” he replied when asked if it had crossed his mind that he could be one bad foul away from picking up an injury that could rule him out of the Euros.

“There was one tackle against Austria, the first one, which really really hurt. It was when Jesse (Lingard) gave me the ball on the left.

“That was one tackle that went onto my shin where I’ve been quite sore.

“But I think I’ve got this – I don’t know if it’s a quality, I’d like to say it is – of riding challenges. Even though I get fouled and go down, I ride them quite well. I’m going to touch wood there.

“Obviously, the way I play I’m going to get kicked all the time and I can’t really be running with the ball and thinking at the back of my head ‘if I get kicked here, I’m one kick away’. 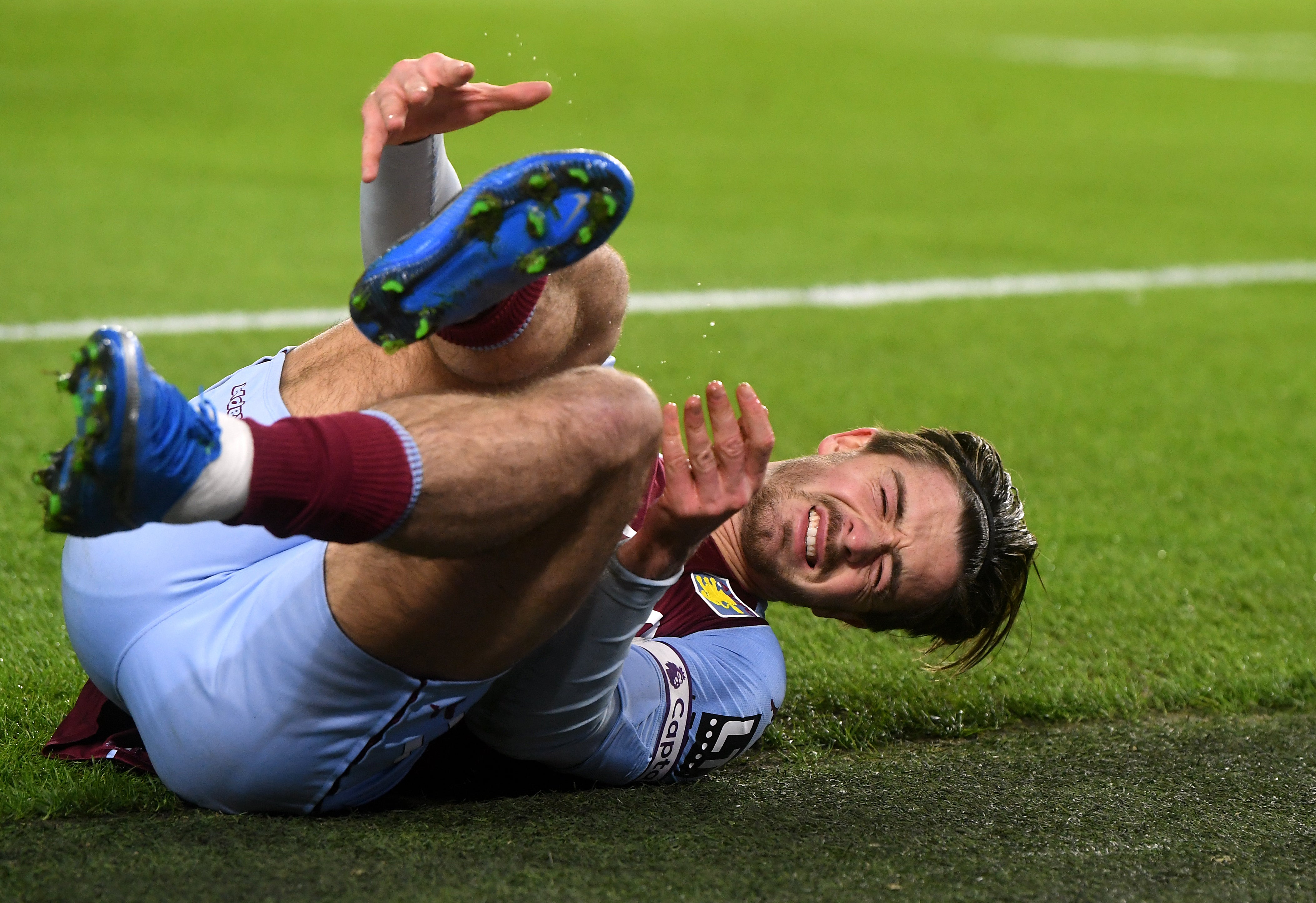 “It’s one of those when if it ever happens it is part and parcel, it is what comes with the way I play.”

Grealish watched England’s run to the 2018 World Cup semi-finals while on holiday but is now determined to play his part in another memorable tournament for Gareth Southgate’s side.

“Even when I was in the squad the other day, I got the number seven shirt and got so many messages from family and friends saying they were going out straight away to buy a shirt.

“I love that number 10 position. I’ll play anywhere really, off the left or right, but that number 10 I don’t think there is anyone better in the world to play in front of you than Harry Kane. I feel we have a good connection in training and in games.

“In the last two or three years everyone has talked about that summer of 2018 and me watching on was unbelievable but being part of it is what I’ve wanted to do all season.

“I had my aims with my club this season but my number one aim for the whole season was to get in the squad and thankfully I’ve done it and hopefully I can be part of a good summer.”