Former Tottenham midfielder Jamie O’Hara has admitted he is “angry” that north London rivals Arsenal are set to complete the £45million signing of Gabriel Jesus from Manchester City. The Brazilian is set to become Arsenal’s fourth summer addition after Fabio Vieira, Matt Turner and Marquinhos as the former Spur expressed concern that the striker was the “missing piece” for Mikel Arteta’s side.

“I’m angry because that is a great signing,” O’Hara told talkSPORT. “That puts them back amongst it, fair play to Edu and Arteta for getting him over the line. I think he is a brilliant striker. When I watch him for Man City I think he has got something special. He doesn’t want to play second fiddle to [Erling] Haaland and I think he is absolutely right.

“It is annoying because I have gone big with Tottenham and I have said that we are going to win the transfer window and Arsenal again look like they are doing some decent business.

JUST IN: Arsenal could have transfer edge after Raphinha’s Premier League admission 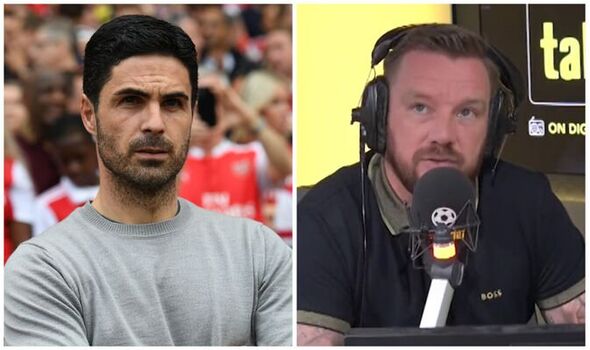 “If you can change the mentality of the group and get this squad of players in a better position when it comes to the crunch, because they flopped at the end of last season, they couldn’t handle the pressure. Another season of experience for this side with a few top-class signings, they could be onto a winner.”

Arsenal have reportedly agreed a £45m deal to sign Jesus, as they look to bolster their attacking options with only Eddie Nketiah as the Gunners’ sole recognised striker in the squad. Arsenal are in the final stages of negotiations to complete a deal for the Brazil forward who scored eight Premier League goals last season and recorded nine assists. 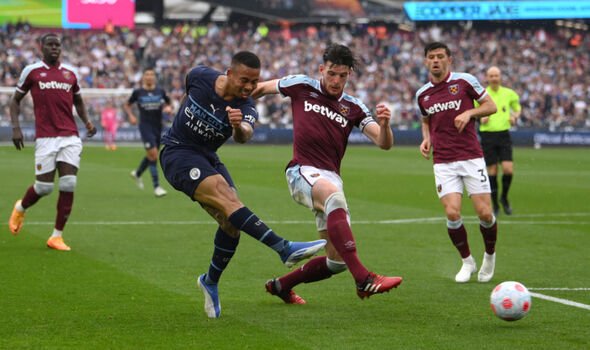 Arteta’s side are also linked with Leeds winger Raphinha, Leicester midfielder Youri Tielemans and Ajax’s Lisandro Martinez as they could be the league’s biggest spenders for the second summer in a row.

Spurs and Chelsea had been rumoured to be in the chase for Jesus as well as Arsenal, and former Gunner Ray Parlour has explained why the 25-year-old may have picked a move to the Emirates over their rivals.

“The only thing going for Arsenal in this situation is Arteta,” Parlour told talkSPORT. “Arteta might know him a little bit better, Jesus might say ‘Oh I used to get on really well with Arteta, now he is a manager I am going to take a chance and go to Arsenal’. That would be a fantastic signing, he would be leading the line every single week.”