Wales have been dealt a blow just two days before their opening World Cup fixture vs. the USA, as midfielder Joe Allen is reportedly set to miss the match as he returns to fitness from a hamstring injury.

Allen hasn’t played a game since September 17, and according to The Times, he’s now ‘losing his battle’ to be ready by Monday, with Friday’s battle vs. Iran also in question.

The 32-year-old has been training alone in an attempt to get healthy for Wales’ first tournament appearance since 1958. 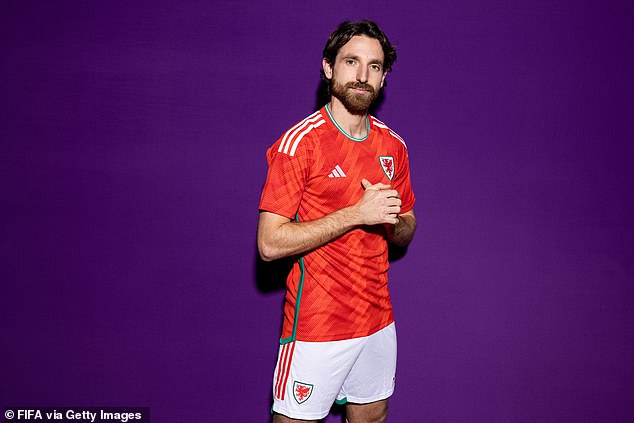 Joe Allen looks set to miss out vs. the USA in Monday’s World Cup opener

The Swansea City midfielder has made 72 appearances for his country, and manager Rob Page admitted after his squad was announced that he was picking a less-than-100-percent player.

‘We’re giving him every opportunity to be fit,’ he said.

‘There was no way I was ever going to not name him in the 26. He’s on the grass. 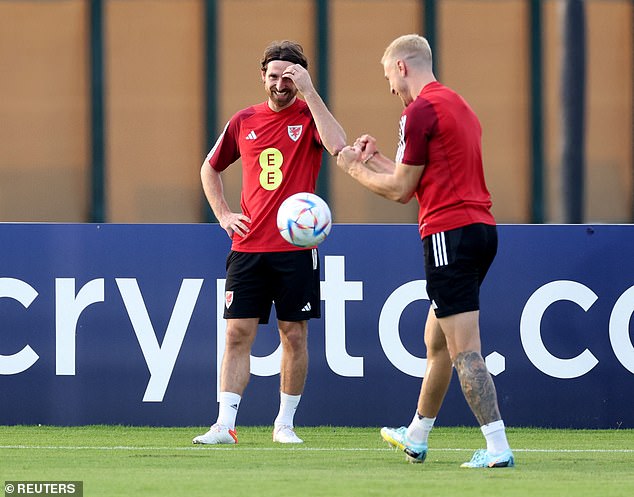 ‘He’s progressing as we want him to and we’ll give him every opportunity to be fit for the first game.

‘I phoned him a couple of days ago to tell him he was in the 26 just to take that pressure off him.

‘If he’s fit, he’s playing. He’s massive for how I play and the success we’ve had.

‘He’s got vast amounts of experience playing tournament football as well, so he knows the game inside out and that’s invaluable. That’s why I’m throwing everything at it.’

Wales face the USMNT on Monday to kick off their tournament.