‘They didn’t give AC Milan a sniff’: Joe Cole heaps praise on dominant Chelsea performance after they see off 10-man AC Milan, insisting the ‘future is bright’ under Graham Potter

Joe Cole has praised Chelsea’s dominant performance as they beat AC Milan 2-0 in Italy to top their Champions League group with two matches to play.

Fikayo Tomori was sent off for the hosts in the opening 20 minutes, conceding a penalty which was put away by Jorginho. Pierre-Emerick Aubameyang added the second before half-time.

In the end, it was a comfortable win for Graham Potter’s side, and it was something that former Chelsea midfielder Cole felt showed how the team are settling in, after a rocky start to the latest campaign. 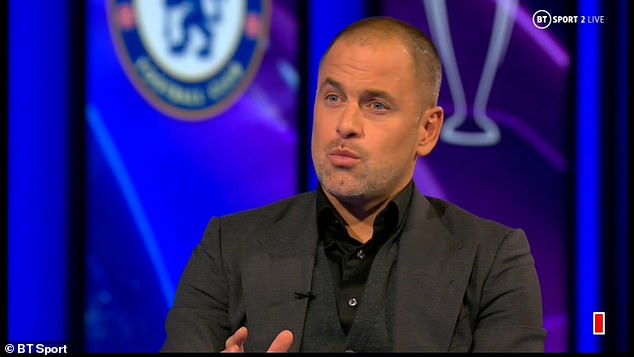 Cole told BT Sport: ‘They didn’t give AC Milan a sniff once they got in front against ten men. They used the squad again, ticked all the boxes, it is a fantastic away win.

‘Chelsea have only won once in 11 games against Italian opposition, which shows how difficult it has been on their travels, but they were exceptional tonight, and Graham Potter’s team is starting to show they are bedding in nicely and the future looks bright.’

Cole’s praise for the Blues was backed by his fellow pundit, Rio Ferdinand – who said that Potter’s team need to make sure they take that kind of performance into their domestic matches. 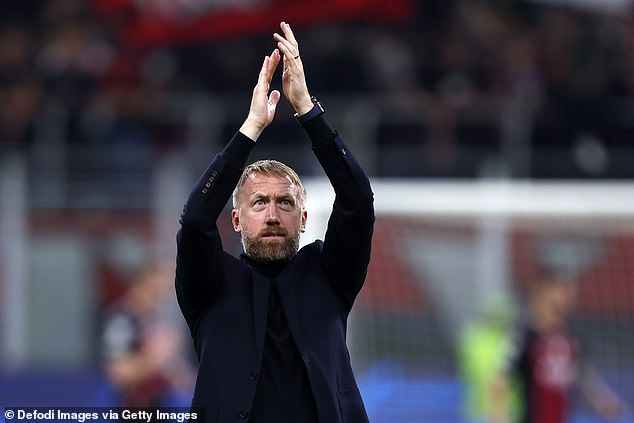 Ferdinand said: ‘What was presented to them (Chelsea), they took that opportunity with both hands as they should be. (With Milan) ten men, two goals down, they finished the game off, it was comfortable in the end.

‘They didn’t exert too much energy and it’s about doing that for the next phase of Premier League games coming up as well.’

Chelsea’s focus now turns to a run of three league games in a week, starting with a trip to Aston Villa on Sunday, before playing Brentford away and then Manchester United at home.

After beginning Group E with just one point from their opening two fixtures, back-to-back wins against AC Milan have left the Blues a point clear of RB Salzburg, who they face in a fortnight. 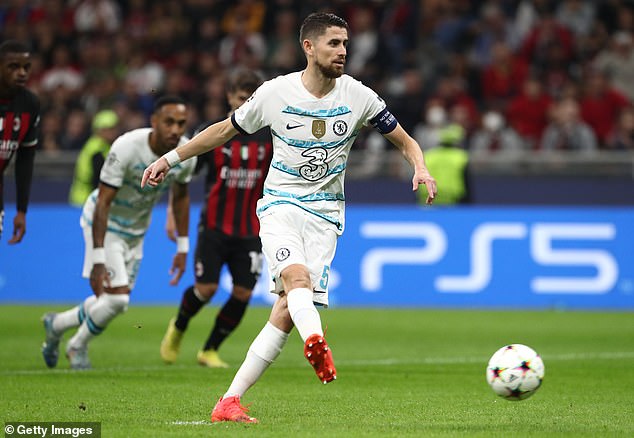 Jorginho’s penalty was the opening goal, with Pierre-Emerick Aubameyang netting the other