Celtic have confirmed that Joe Hart will wear the No 1 jersey, with current occupant Vasilis Barkas leaving the club on loan.

Hart has worn the No 15 shirt since arriving in August 2021 from Tottenham, and has not worn a No 1 jersey since he was on the books at Manchester City in 2017.

Greek international Barkas will join Dutch side Utrecht on a season-long loan, vacating the number for Hart at the Scottish champions. 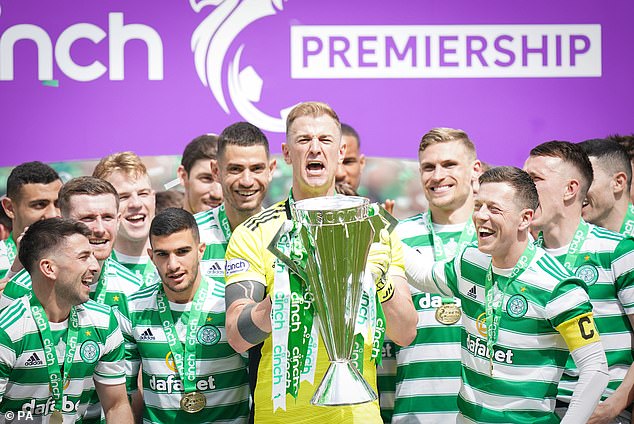 After arriving for a fee of £1.08million from Tottenham last season, Hart went on to stake his claim on the starting position between the sticks for Celtic.

Barkas on the other hand had a torrid time for The Hoops, playing just one game in the league and once in a Champions League Qualifier all season.

Having established himself in the starting line-up in the league, Hart also featured in five Europa League games, although the Bhoys failed to make it past the Group Stages of the competition. 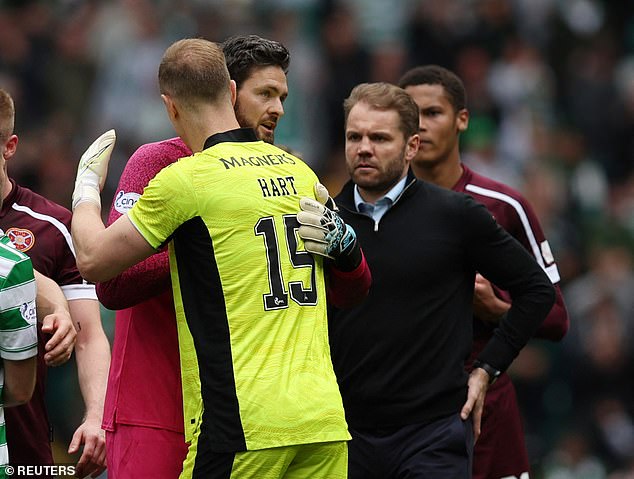 The 35-year-old also added the Scottish League Cup to an already well-stocked trophy cabinet that includes the Premier League and the FA Cup.

Hart ended the season with 26 clean sheets in 54 games, having conceded only 47 goals in all competitions as the Glasgow side completed a Premiership-League Cup double in 2021/22.

However, since leaving Spurs Hart has revealed how he considered retirement as a result of treatment at the hands of then manager Nuno Espirito Santo, who lost trust in the former England No 1’s body.

Hart said: ‘He literally buried me and I’m laughing because, whether I’m deluded or not, I was like, I don’t agree with any of that. 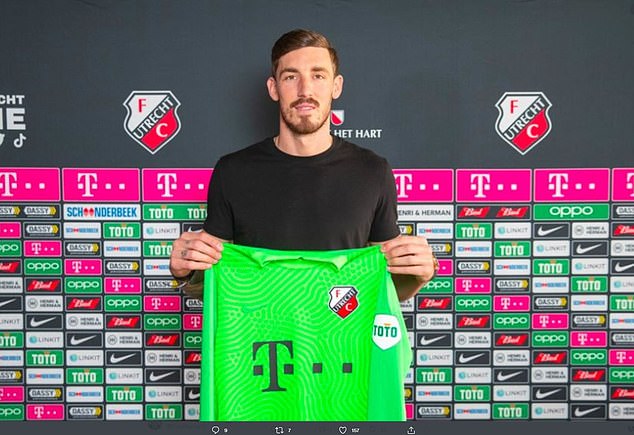 ‘I asked for your opinion, you have given it, it’s not what I wanted to hear and I am going to have to take myself out of this situation.

‘I literally went home and I am completely baffled here, I think I’m done, I can’t be a***d anymore.

‘I can’t sit in a room anymore and have that said to me by him.’

Hart, who played 75 times for England, has had spells at Burnley, West Ham, Torino and City in the top tiers of football, having started his career at Wrexham in League Two.