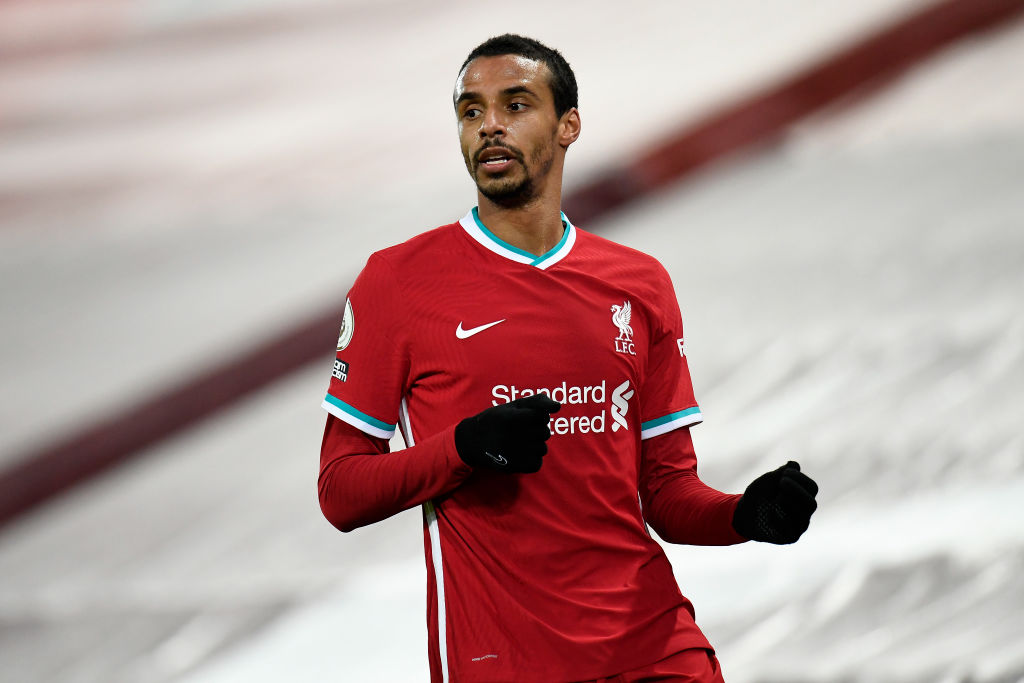 Liverpool defender Joel Matip will miss the remainder of the season after suffering ankle ligament damage, Jurgen Klopp has confirmed.

The 29-year-old, who has struggled with fitness issues throughout his Anfield career, was taken off at half-time of last week’s 3-1 win over Tottenham following a challenge with Heung-min Son.

The Reds have suffered a near unprecedented injury crisis in defence this season, losing both Virgil van Dijk and Joe Gomez to serious knee injuries, and they will now be without Matip for the rest of the campaign.

‘Unfortunately, we found out now after everybody looked at it that Joel will be out for the rest of the season,’ Klopp told Liverpool’s official website.

‘But he will be ready for the start of the next pre-season and finally everything will be sorted.’

Turkish international Kabak has joined on a six-month loan move, including an £18million option to buy at the end of the season, and Klopp has admitted he has a ‘big, big talent’ on his hands.

‘He came very young to Germany and everybody was clear he was a massive talent,’ Klopp said.

‘He is only 20 now. He plays in his second club [in Germany]; he is at Schalke and unfortunately they are in a bad position in the moment. For him, I think it’s a really good moment to make the move because, like each player in the world, you need a stable team around you and that’s what we can deliver.

‘We deliver a stable team and you can play your position, you don’t have to be 20 with pretty much everything on the pitch and not allowed to make mistakes anymore.

‘He’s really a big, big talent and we are really looking forward to working with him.’

How Grealish can audition for United and answer Souness' doubts