John Stones ‘in advanced talks with Manchester City over huge £39m contract extension’ with the defender set to sign a five-year £150,000-a-week deal after re-establishing himself in Pep Guardiola’s squad

John Stones is in ‘advanced talks’ with Manchester City over a new five-year contract worth £39million, according to reports.

The defender, who was re-called to the England squad in March, has re-established himself as a key part of Pep Guardiola’s squad after falling down the pecking order at the Etihad in recent seasons.

And according to The Sun, his performances are set to be rewarded with a new long-term deal worth £150,000-a-week. 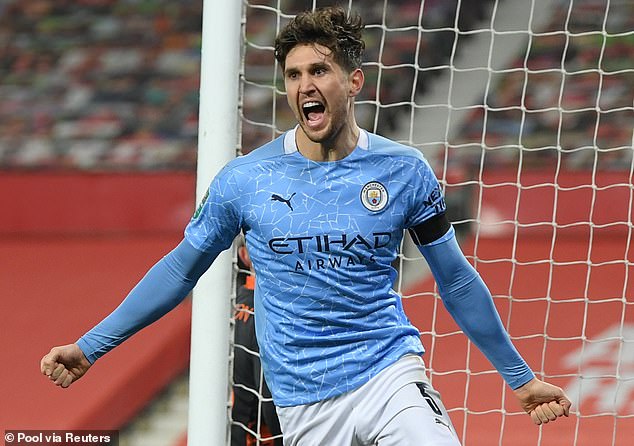 The report also claims that he will be handed number of incentives and bonuses for trophies, appearances and clean sheets.

It comes after Kevin De Bruyne signed an extension until 2025 earlier this month.

The midfielder negotiated an increase on his £300,000-a-week wages to become one of the highest paid players in the top flight. 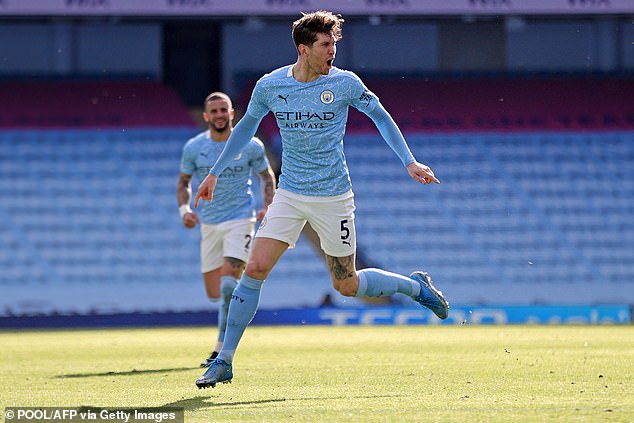 Stones, who is out of contract in 2022, was linked with moves away from the Etihad before his return to form this season.

Alongside £65m man Ruben Dias, the centre back has been a reliable figure in the heart of City’s defence, which has kept 16 clean sheets in the Premier League this season.

He has also provided a threat from set pieces with five goals in all competitions.

Guardiola has regularly praised Stones for his performances this season and claimed he ‘grew up’ playing alongside summer signing Dias.

‘Every player needs confidence but all the credit is just for him (Stones),’ Guardiola said in January. 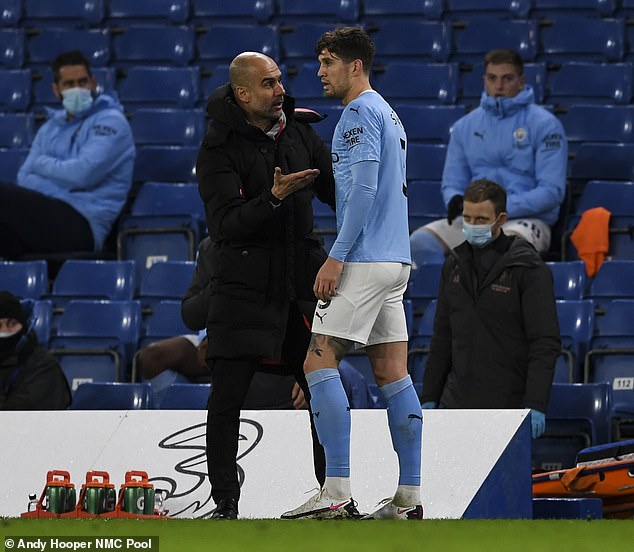 ‘If I have one player I’m pleased everything is going well for, it’s him. He deserves the best. He overcame this situation all himself. He’s playing because he deserves it and I’m happy for him.

‘John, alongside Ruben (Dias), grew up.’

City are on course for their fifth Premier League title this season and take on Paris Saint-Germain in the first leg of their Champions League semi-final on Wednesday.

5 times Liverpool signed players Man Utd thought they were getting