‘Did you buy it from the local fish stall?’: John Terry takes to Instagram to proudly show off the fish he caught – and unimpressed fans and former players can’t stop mocking his TINY haul

John Terry has fallen victim to some hilarious and light-hearted online trolling after posing proudly with a tiny catch after his most recent fishing trip.

The Aston Villa assistant manger and Chelsea legend tried to show off his angling skills by taking a picture with a fish he had caught.

But his friends and social media followers were quick to call him out for his underwhelming results, with some even suggesting he bought the fish rather than caught it. 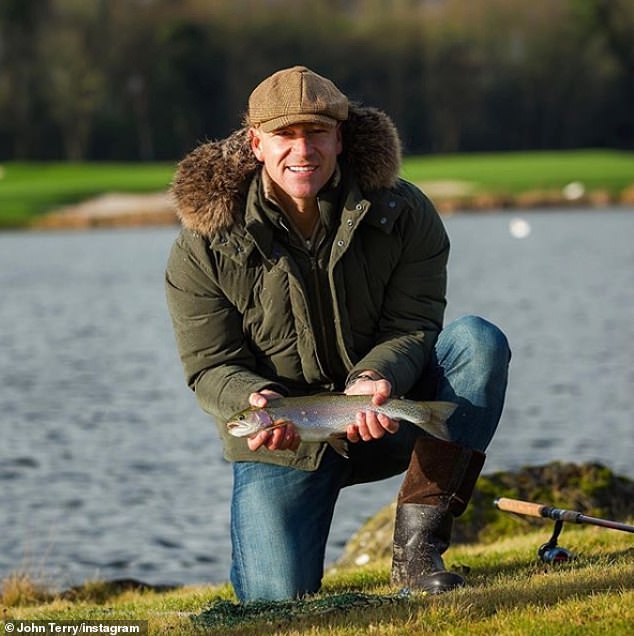 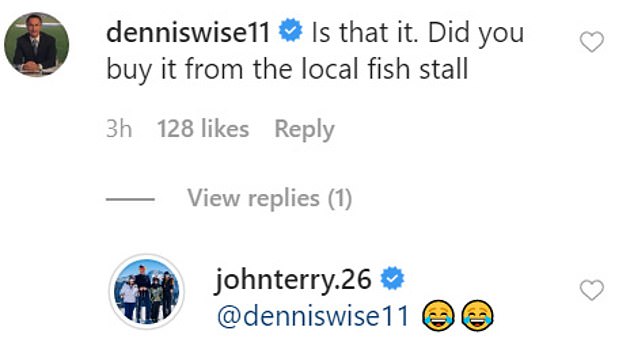 Former Chelsea team-mate Dennis Wise was among those to comment on the picture, with the former Blues captain writing: ‘Is that it? Did you buy it from the local fish stall?’

Fans soon followed Wise though and posted jokes like: ‘Not sure you need 2 hands for that’ and ‘been catching Blues fans again?’

A Star Barbers – who occasionally go to Terry’s house to give him a hair cut – got involved, commenting: ‘Small fish’, alongside a laughing emoji.

Terry’s wife Toni was more supportive though, posing with the heart-shaped eyes emoji.

He has bigger things to worry about at the moment though as he desperately tries to save Aston Villa from Premier League relegation.

Another, obviously not a Chelsea fan, used the picture to have a dig at Blues fans

Terry’s wife Toni was more supportive though, posing with the heart-shaped eyes emoji

Defeat by Southampton left Villa just one point above the relegation places with just 11 games left of the season.

Following that game at St Mary’s, Villa manager Dean Smith had to deny claims that he had a tunnel bust-up with Terry.

After the game, unsubstantiated rumours circulated online that Smith was involved in a furious row in the tunnel with his No 2.

Smith furiously denied the claims – when quizzed about the alleged bust-up in his post-match press conference, he blasted: ‘That is bulls***’.

Before their focus turns to avoiding the drop though, Dean Smith’s side can win the Carabao Cup this Sunday when they take on Manchester City at Wembley.