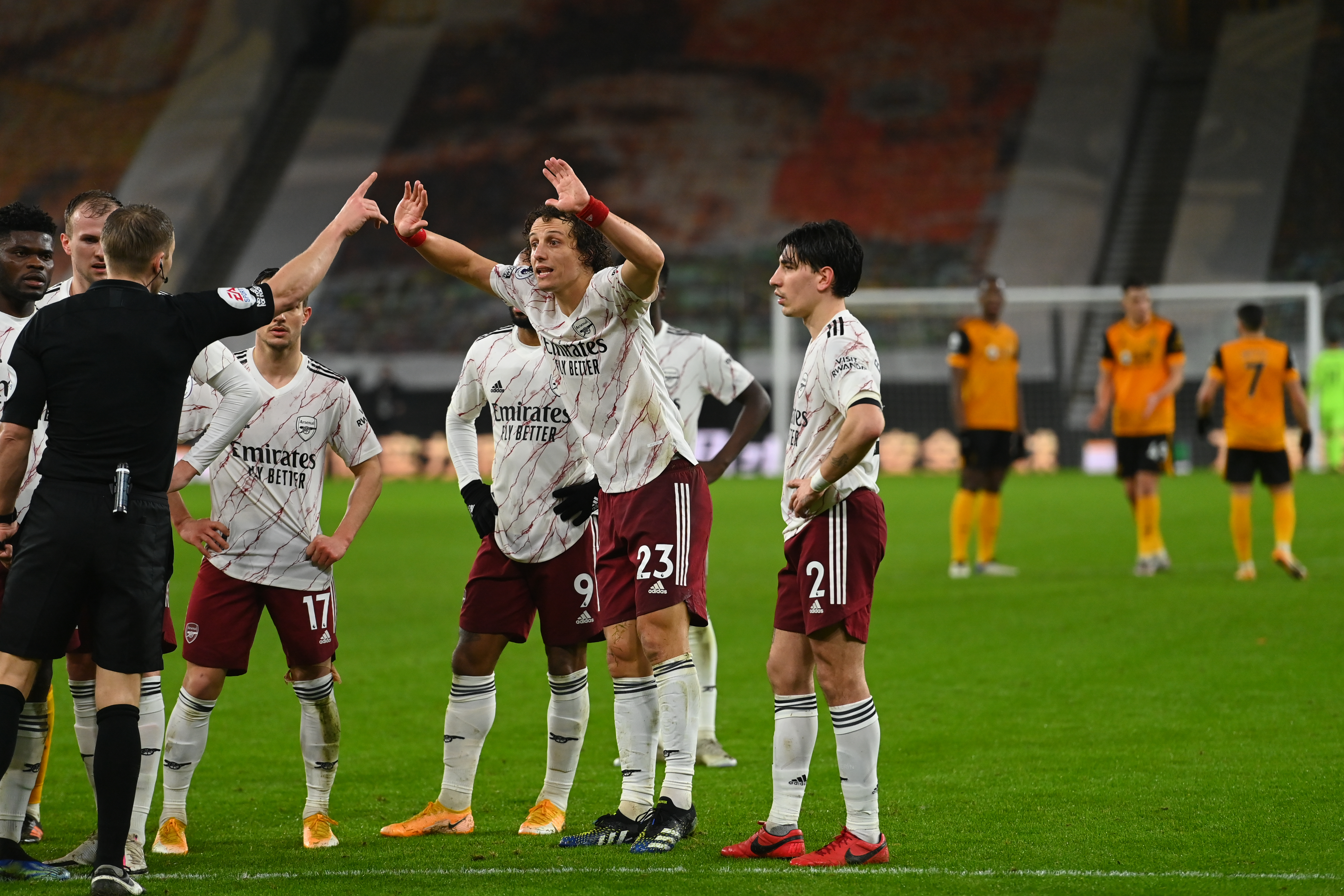 John Terry has jumped to David Luiz’s defence after his red card in Arsenal’s 2-1 defeat to Wolves and claims ‘anyone who has ever played the game’ will agree that the Brazilian should have stayed on the field.

The Gunners appeared to be in cruise control after Nicolas Pepe fired them in front with a brilliant solo effort in the 32nd minute but Luiz was sent off for bringing down Willian Jose and Ruben Neves made no mistake with the resulting penalty.

Arsenal’s implosion continued after the break as Joao Moutinho fired them in front with a stunning long-range strike and Bernd Leno joined Luiz for an early shower after handling the ball outside his area with 18 minutes remaining at Molineux.

Wolves kept hold of their advantage to secure their first Premier League win since their victory over Chelsea in mid-December and a frustrated Mikel Arteta confirmed Arsenal may appeal referee Craig Pawson’s decision to send Luiz off.

‘If I’m sitting here now I would say yes [to an appeal]. We have to speak with legal at the club and see what the best thing is to do.

‘If there is any contact it’s him with David. I don’t know if they have a different angle to what they have or you have.

‘Those big decisions are like that but it’s nothing I can change at the moment.

‘It was a big decision and they can justify if they got it right then I put my hands up and apologise.

‘The only thing I’m saying is I’m sitting here and I cannot see any contact and it’s really frustrating because it’s a big moment in the game.’

Luiz’s former Chelsea captain, John Terry, took to Instagram in the wake of Arsenal’s loss and claimed the decision to award Wolves their penalty was correct.

However, the ex-England captain – now Dean Smith’s assistant at Aston Villa – was adamant the Brazil international should have remained on the field as no attempt was made to play the ball.

‘Anyone who has ever played the game can see David never attempts to play the ball!!!

‘He actually pulls out of the challenge. Which means penalty but no red card.’

It will be difficult to bring Mbappe and Haaland to Spain, says Tebas