Tottenham have been without a striker for several weeks now and Jose Mourinho reached out to a former north London favourite this week to see if he was willing to come back and solve the mini crisis. Tottenham have coped relatively well with Kane’s injury having won their last there Premier League matches including an impressive 2-0 victory over Manchester City.

Part of that good form has been due to Son Heung-min’s strong form but the South Korea international has been ruled out for two months after fracturing his arm in last week’s 3-2 win over Aston Villa.

It means Lucas Moura will likely step in to the central position over the coming weeks but there had been some suggestions Tottenham may copy what Barcelona did this week when they were allowed to sign a striker outside the transfer window.

Mourinho was asked about the possibility of an emergency transfer this week, to which he jokingly mentioned Peter Crouch.

And the former England international has revealed the Tottenham boss even called him about a possible return. 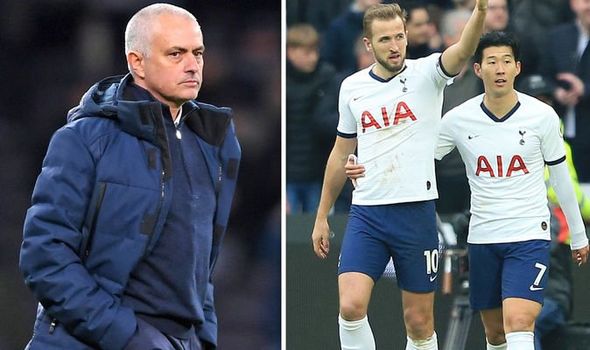 “I’d spent the early part of the day at home, watching the rolling news bulletins and had a laugh at Jose Mourinho’s press conference,” he wrote for the Daily Mail.

“He had been asked, before Tottenham’s Champions League clash with RB Leipzig, whether his side could do what Barcelona had done and sign a striker outside the transfer window, given their emergency predicament.”

He added: “Me being me, I tweeted, ‘I’m ready, Jose’, with the hashtag #thereturn complete with a robot emoji.

“That was the last I thought of it, until my phone rang.

Chelsea have been getting ‘desperate’ at home ahead of Tottenham clash

Mourinho backed to carry out ‘masterclass’ as Tottenham visit Chelsea 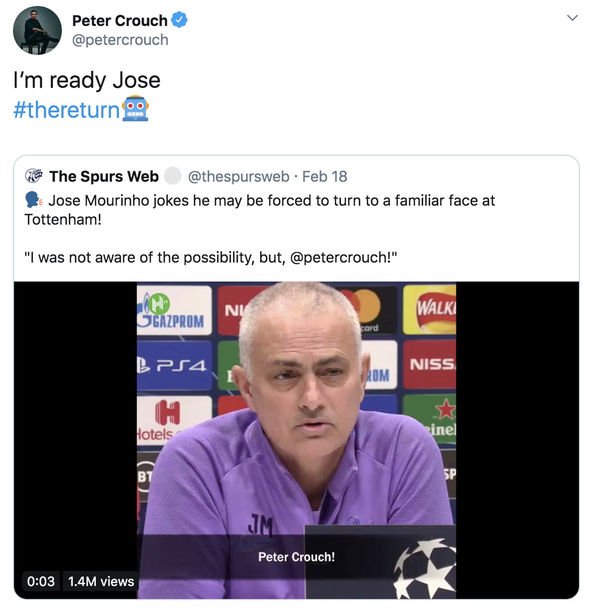 “Ordinarily, I would not have answered. The fact it was a FaceTime call, though, made things a bit different. My initial thought was that it was my wife Abbey, who had gone to the Brits.

“I assumed it was her showing me what she was going to wear for the ceremony. But when I answered, it wasn’t Abbey staring back from the other end, it was Mourinho, sitting in his office with a glint in his eye. 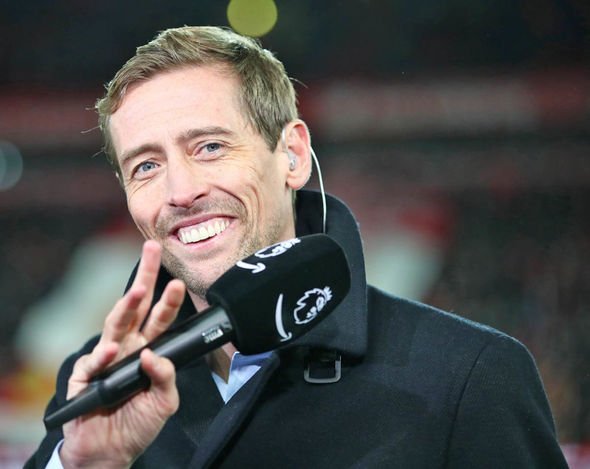 “Tottenham’s press office had my number and had given it to the manager.

“As much as I would love to answer his call, however, I concluded — given the refuelling I’ve done since entering retirement — that it might take me a little longer than normal to recapture full fitness.

“It’s with regret to say, then, that I won’t be scoring any Premier League goals in the near future, though it was a pleasure to speak to Mourinho.”