Jose Mourinho has made it clear he does not think four Tottenham players are good enough, says Manchester United legend Rio Ferdinand. Mourinho saw his Spurs side go down 2-1 to former club Chelsea at Stamford Bridge on Saturday. The Portuguese was without his two top scorers Harry Kane and Heung-min Son due to injury.

And after the loss Mourinho was quick to point out his lack of options up front.

But Ferdinand says there was still enough attacking talent available for Spurs to put in a more positive performance than they did.

The pundit believes Mourinho has made it clear he does not rate Lucas Moura, Steven Bergwijn, Tanguy Ndombele and Giovani Lo Celso.

“Spurs can’t seem to be underdogs in most games that they go into,” Ferdinand said on BT Sport. 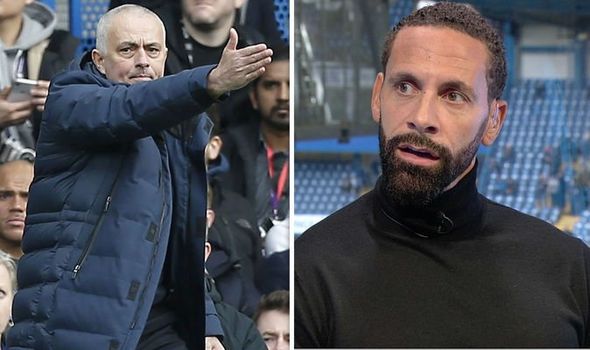 “When you take risks and you go forward you get a little bit of luck and you get an opportunity to get the luck in dangerous areas.

“But because they played so negatively it’s so difficult.

“That interview says that the attacking players like Moura, Bergwijn, Ndombele, Lo Celso – is he saying that they’re not good enough? That he’s inherited players that ‘I need to have wholesale changes in the next window’.

“It’s about £125m-£150m of talent that he’s saying isn’t really good enough for me to go on the front foot and attack the game.”

Mourinho was pleased with his side’s performance in west London despite being depleted.

“I’m going to say exactly the same words I told against Leipzig.

“I’m very proud of the players, they gave absolutely everything. We don’t have a striker. 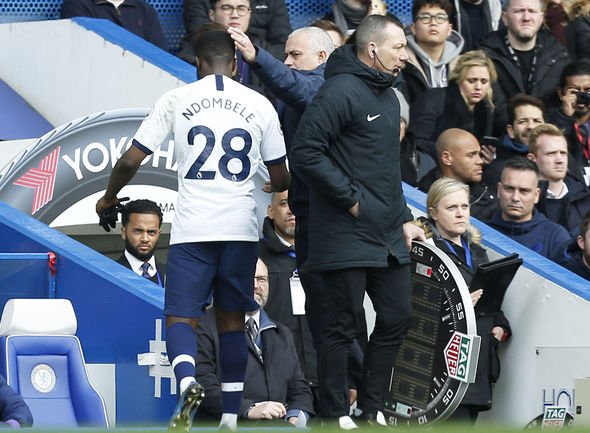 “Our attacking players are not strikers and are in huge levels of fatigue, so very, very difficult for us.

“No tactical problems, [we were] completely in control of the space, punished by a couple of individual mistakes.

“To create chances you need a target man or fast people that can interchange positions, you need a different dynamic to the team. We don’t have a striker and we have tired players, it’s as simple as that.

“We did very, very well. If we score before our opponent, I think we have a chance because we are well organised. But when they score before us and drop back it’s very, very difficult for us.”