Juan Mata earned plaudits after standing in the rain long after Manchester United’s final home game of the season against Brentford to take pictures with supporters and sign autographs.

The 34-year-old will leave Old Trafford at the end of the season when his contract expires following nine seasons with the Red Devils, racking up 283 appearances and four trophies during his service.

Mata was named in the starting XI against the Bees on Monday night by interim boss Ralf Rangnick as a show of respect in what his last ever game at OId Trafford, playing 75 minutes before being replaced by Phil Jones. 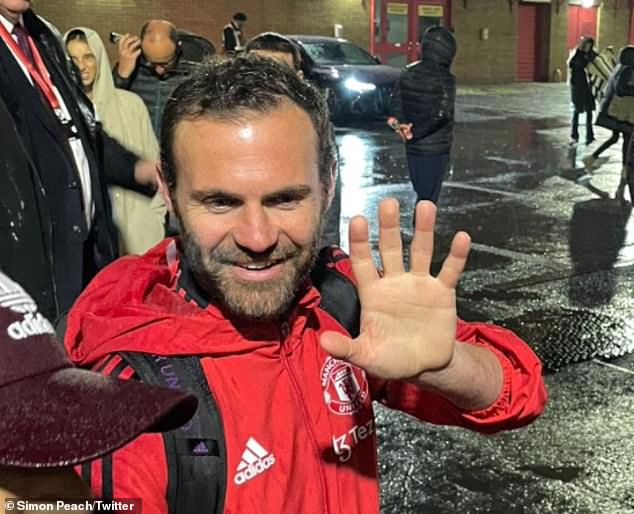 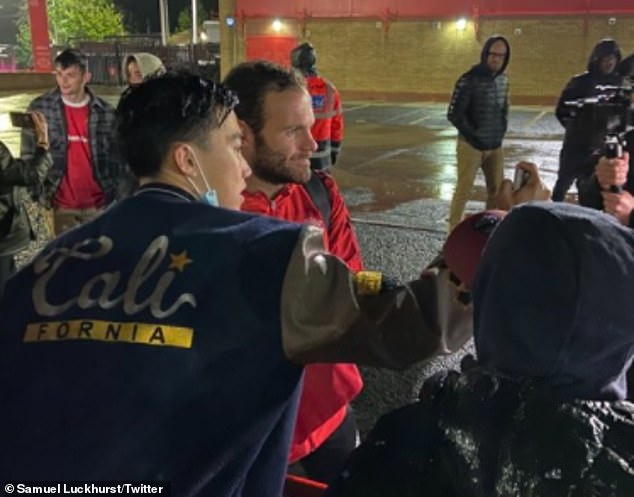 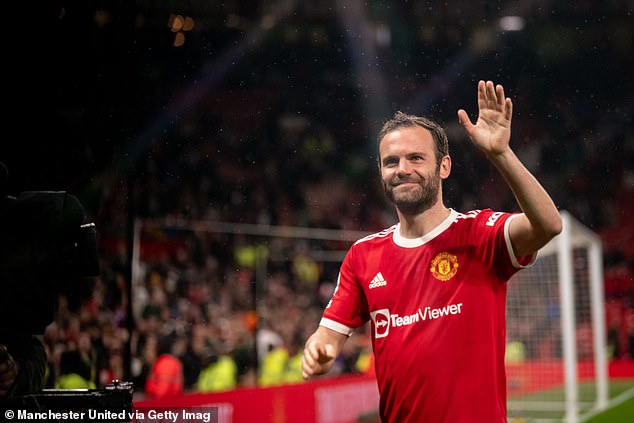 He was given a rousing reception by fans and applauded them during the lap of honour after full time in emotional scenes, before he made his class gesture outside the stadium in the car park.

Mata was seen taking selfies with fans and signing autographs long into the night – and the veteran deserves credit after getting soaked in the process.

He still decided to carry on with his gesture despite the weather turning gruesome and the heavens opening – and the Spaniard didn’t even have a hood or umbrella.

Fans were blown away by his commitment to saying his goodbyes to them despite the adverse weather conditions, with some calling him ‘a class act’, ‘a loyal servant’ and ‘an absolute gem’. 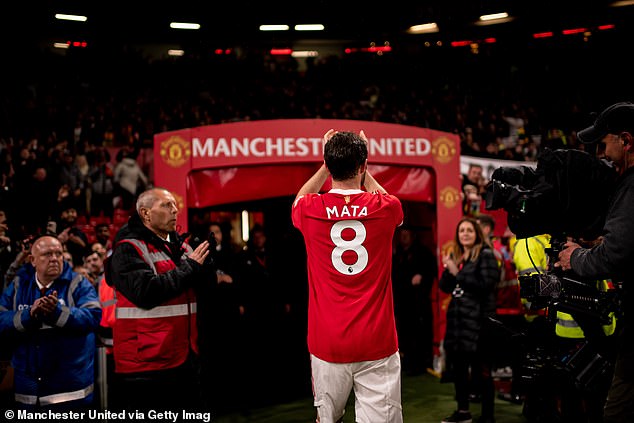 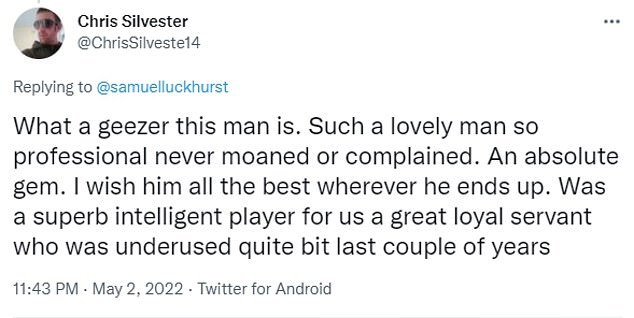 ‘He’s such a class act. He’ll be missed at the club,’ wrote one fan.

Another post commented: ‘He is the last player I would wish to leave Manchester United now.’

And one user wrote: ‘What a geezer this man is. Such a lovely man, so professional, never moaned or complanied. An absolute gem. Was a superb intelligent player for us. A loyal servant who was underused quite a bit in the last couple of years.’

Mata was also described as an ‘amazing person, an inspiration and a legend’ by one adoring supporter as they wished him good luck on social media.

Wanderers in danger of losing their two Socceroos