Jude Bellingham is at the centre of a Borussia Dortmund dressing room row with team-mates ‘annoyed by his derogatory body language’ and with his family ‘demanding offers from Real Madrid, Liverpool, Man City and Chelsea’

Jude Bellingham is at the centre of a dressing room rift at Borussia Dortmund, according to reports in Germany.

The wantaway central midfielder is widely expected to leave the German side this summer, with his family said to be demanding offers from leading European sides Real Madrid, Liverpool, Manchester City and Chelsea.

And as reported by German outlet Bild, the 19-year-old’s ‘derogatory body language’ on the pitch is annoying his team-mates, with the club ‘in crisis’ after two straight defeats before the World Cup break left them outside the Champions League spots. 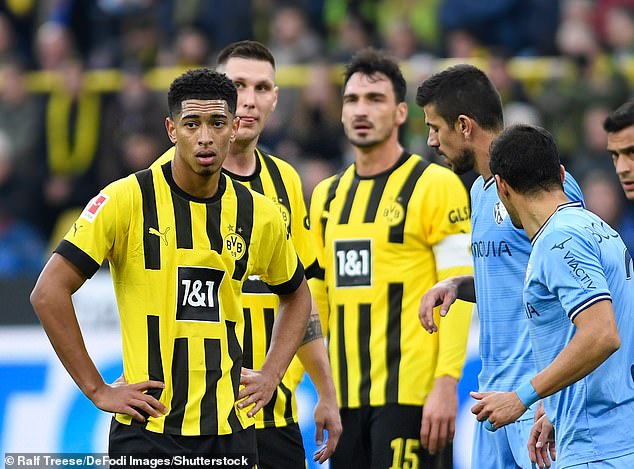 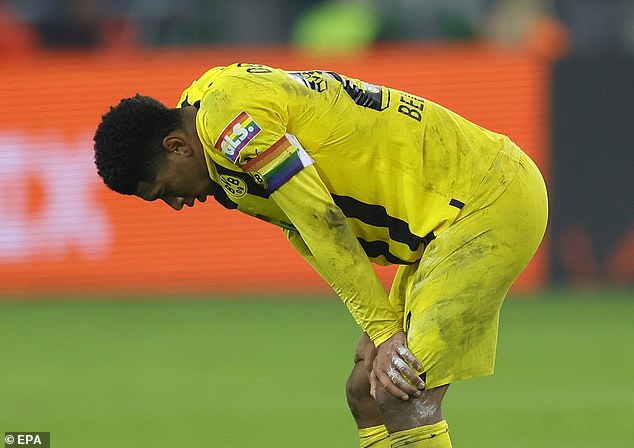 Although the mood in the dressing room has been described as healthy, it is believed the players are not acting as a ‘conspiring unit’.

Bellingham, the third captain, and vice-captain Mats Hummels’ vocal and frequent criticisms of team-mates on the pitch is said to have contributed to the controversy off it.

And Bellingham’s transfer situation is believed to be a ‘significant disruptive factor’ among his fellow players, with the teenage star one of the hottest properties in Europe. 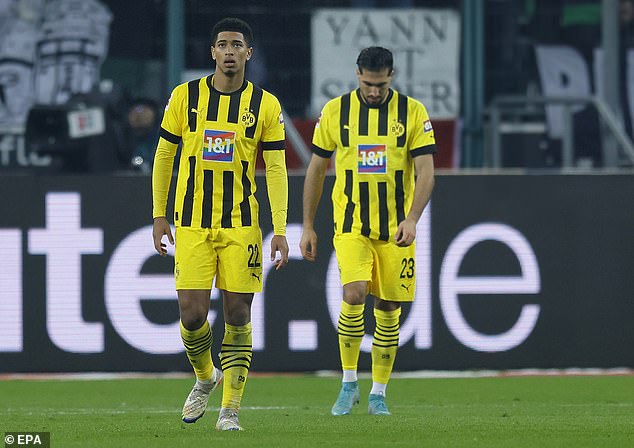 The Englishman, set to star in Gareth Southgate’s Three Lions side at the upcoming Qatar World Cup, reportedly plans to raise his transfer value by performing well at the tournament, before informing Dortmund of his thoughts about leaving after.

Edin Terzic’s side, traditionally the second best side in Germany behind powerhouses Bayern Munich, currently lie sixth in the Bundesliga and are closer to Cologne in 13th than leaders Bayern.

Manager Marco Rose, sacked by the Black and Yellows in May, has led RB Leipzig to third – with the club’s sporting director Sebastian Kehl has reportedly announced Dortmund will buy players to arrest their slump.