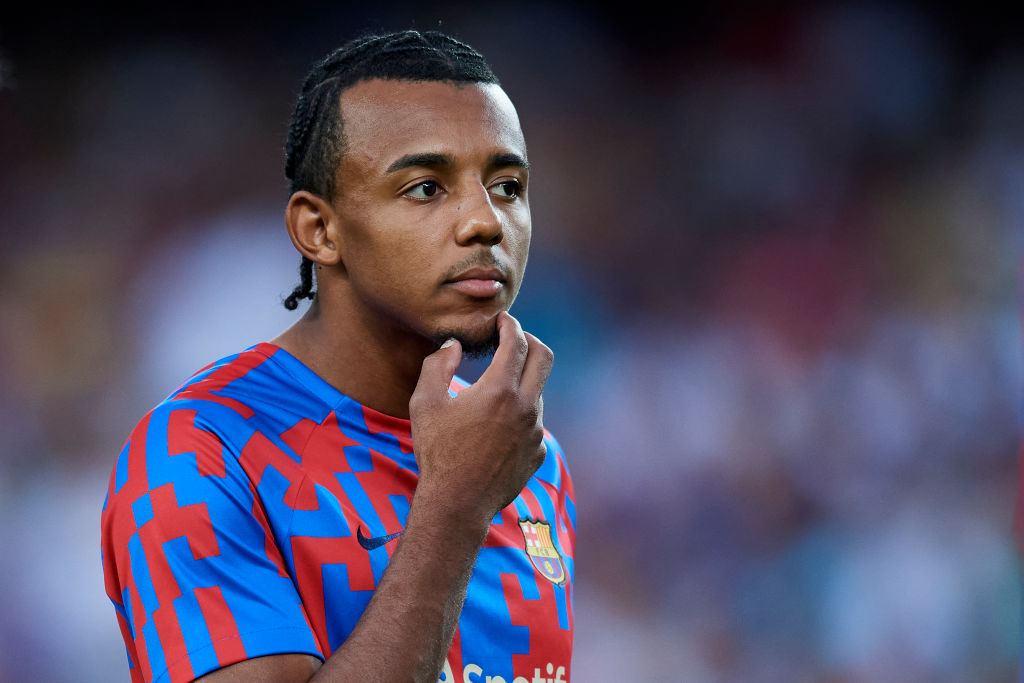 Jules Kounde has not been registered by Barcelona ahead of the club’s La Liga opener on Saturday, but the club have registered four other new signings.

The Catalan club are currently in financial turmoil – with big money troubles and various internal issues blocking them from registering new players – but have managed to now register Robert Lewandowski, Franck Kessie, Raphinha and Andreas Christensen.

Barcelona were able to register them after raising £85m from selling 24.5 per cent of Barca Studios to Orpehus Media – but will be without Kounde – who joined the club in a deal worth around £45m after they hijacked Chelsea’s move for him, with the centre-back having looked set to move to Stamford Bridge from Sevilla.

France international Kounde has been one of the most impressive young central defenders in the top European leagues in the past couple of seasons having signed for Sevilla three years ago from Bordeaux in his homeland, with the La Liga club paying just over £25m for his services, but he now cannot play for Barcelona.

Kounde won the Europa League with Sevilla at the end of his first season in Spain, and was part of the French national team which emerged victorious in the 2020/21 Nations League.

United’s inability to convince De Jong or resolve the wage issue has opened the door to Chelsea in recent weeks, with the west Londoners now also close to agreeing a fee with Barca.

Chelsea co-owner Todd Boehly has spoken directly with De Jong over a potential move to Stamford Bridge, though did not get the response he was hoping for.

De Jong is happy and settled in Barcelona and is not keen to swap the sunshine and beaches of Catalonia for Manchester either – as he is unwilling to drop down to the Europa League.

Despite that, Barcelona are still cranking up the pressure on De Jong to leave and even informed him last month that they had ‘found evidence of criminal actions’ over the contract extension he signed in October 2020 – when a different board were in charge.

Meanwhile, it has emerged that Barcelona striker Pierre-Emerick Aubameyang would prefer to stay at the club than join Chelsea, who are keen on signing the former Arsenal captain.