Liverpool manager Jurgen Klopp has confirmed striker Divock Origi will leave at the end of the season.

The Belgium international has not played enough matches to trigger an extension to his contract and has been heavily linked with a move to AC Milan.

Despite his lack of playing time Origi has become something of a cult hero to the Kop after his goals against Everton, particularly his 96th-minute winner at Anfield in December 2018, and his double in the famous 4-0 Champions League semi-final comeback against Barcelona. 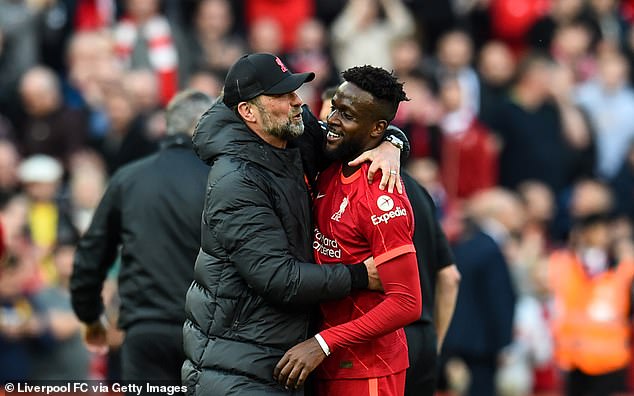 Asked about what send-off the players who could leave in the summer – veteran midfielder James Milner is also out of contract – might get at Anfield on Sunday against Wolves Klopp said: ‘We can only do that with the few we know it definitely. I think it’s only Div, right?

‘I expect Div to get a special reception. He is, and will be for me, forever a Liverpool legend, one of the most important players I ever had.

‘That might sound strange with the amount of games he had but it was a pure joy to work together. It is not over yet, it is just the last Premier League game. 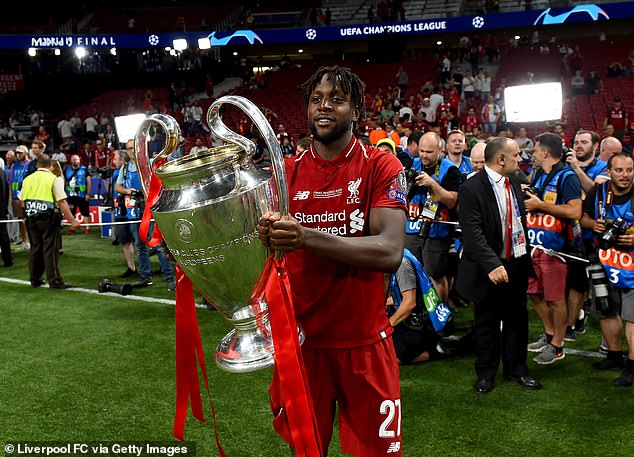 Origi is a cult hero after several key goals, including one in the 2019 Champions League final 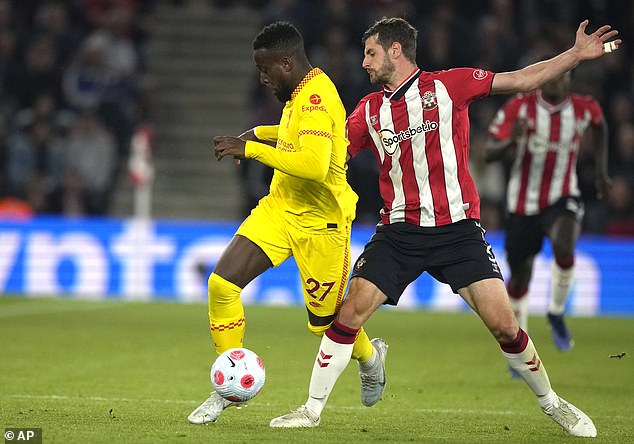 However, he has not played enough game for Liverpool to trigger a contract extension

‘He deserves all good thoughts we can generate somehow for his future. Wherever he will go he will be successful, 100 percent.

‘He is an outstanding player, outstanding boy. Everybody in the team loves him because he is just a relaxed, lovable guy.

‘It will be a harsh moment when he actually leaves, it will not be now but it will be hard.

‘Since I’ve been here Div is here and I’ll remember so many things when I think about Div: important goals, injuries, bad injuries, ups and downs.

‘He is a Liverpool legend, no doubt.’

There are a number of other players, the likes of Alex Oxlade-Chamberlain and Takumi Minamino for example, who have struggled for game time in the last few months and have been linked with summer moves away.

Klopp, however, wants to keep this squad together. 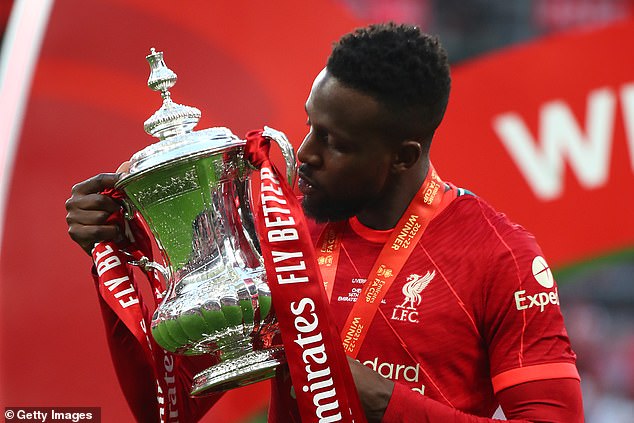 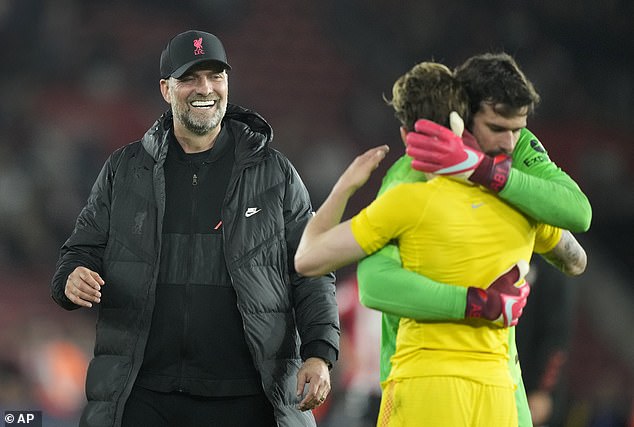 ‘I don’t want to see anybody leave but that is life. I have no idea, nobody came to see me and said they want to leave and no agent called me,’ he added.

‘We will see what happens. It’s not the time to think about it. What happened this season is just possible because of the group we have; we have top-class players, world-class players in moments when we had in the past not.

‘I have no idea who wants to go and I don’t see that really but if somebody comes around the corner and says ‘I have a club I want to go’ that then is the normal thing that happens and the other club has to make an offer because as long as the boys are here we have to agree as well.

‘But it is really not the moment, it is the moment where we need to focus 100 percent, keep everyone in line – which is not a problem actually – for these last two games.’