Liverpool boss Jurgen Klopp has brushed aside Virgil van Dijk’s heated exchange with his own team-mate James Milner during the Reds’ defeat to Manchester United on Monday night as he exclaimed: “That’s how it is.” Liverpool were second best throughout the encounter at Old Trafford as the hosts ran out 2-1 winners.

Klopp’s side were out of sorts for the third match in a row as Jadon Sancho opened the scoring for the hosts after calmly composing himself when teed-up by Anthony Elanga in the penalty area and firing the ball into the corner of the net. Milner might have felt he should have done better in the lead-up to the goal as he was easily evaded after going to ground before Sancho pulled the trigger.

And after the goal went in, the former Manchester City star could be seen screaming in Van Dijk’s face as things got heated. But Klopp was quick to draw a line under the incident as he went on to add: “When you are in a game like this fighting, these guys talk to each other and on the pitch it is a different conversation.”

Marcus Rashford doubled United’s advantage eight minutes into the second period as he finished well after racing onto Anthony Martial’s through ball as United produced a much-improved performance following back-to-back losses against Brighton and Brentford. Mohamed Salah headed home a late goal to give the visitors hope, but the Red Devils held firm to secure the points.

JUST IN: Man Utd: Ten Hag made history vs Liverpool and picks out double act 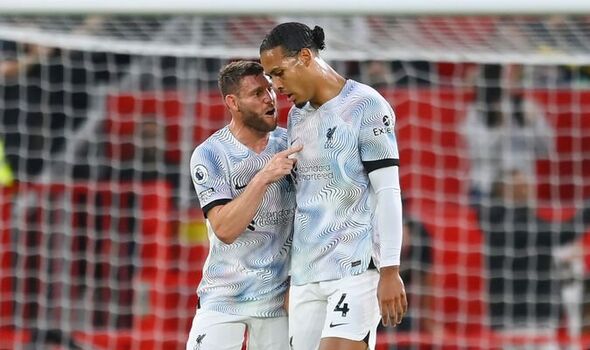 Liverpool have been hit with an injury crisis in midfield during the early part of the season, with Thiago, Naby Keita, Curtis Jones and Alex Oxlade-Chamberlain all currently sidelined. And Klopp admits he is concerned about the situation. 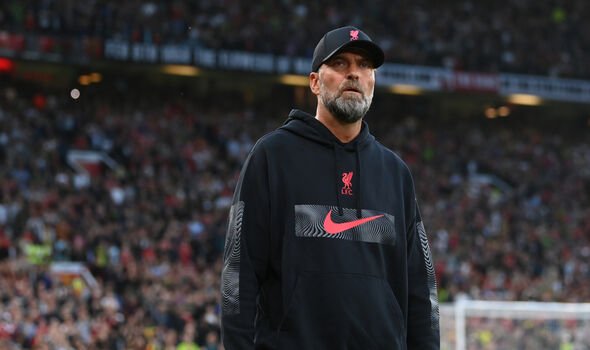 “It’s obvious we are in a tricky situation injury-wise. We get through the week with 14-15 senior players available – we have to make sure none of them get injured because there’s no real options left anymore.

JACK GAUGHAN: Man City have had their window since Guardiola's arrival