Jurgen Klopp has claimed Liverpool are enjoying ‘really good conversations’ over a new contract with Mohamed Salah, despite the current impasse.

The Reds’ star forward is in the form of his life, with 22 goals in 23 appearances in all competitions so far this season, and is widely considered to be one of the best players in the world. 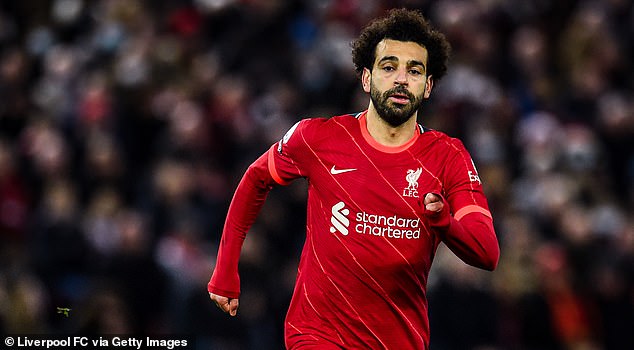 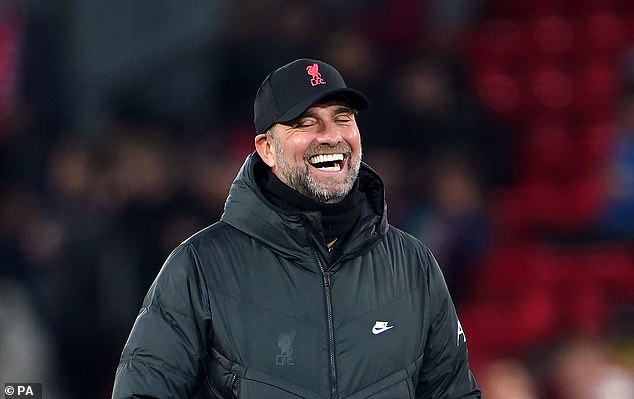 He said: ‘We are in really good conversations.

‘I want it to happen, but when? I couldn’t care less.’

Salah is currently thought to be happy and settled at Liverpool, but wants to see the club demonstrate ambition to keep winning trophies by refreshing their squad with major new signings. 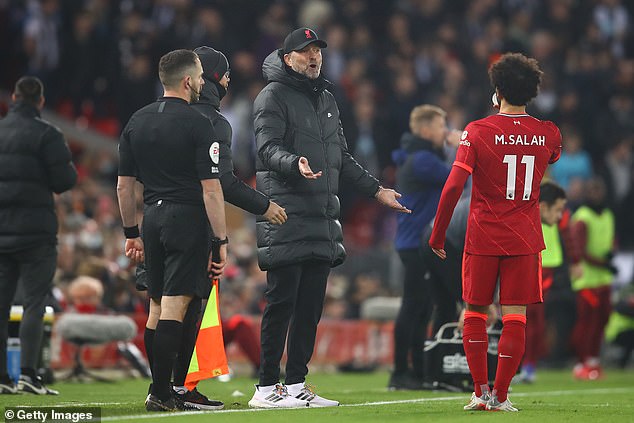 Salah is one of the most in-form players in world football, with 22 goals in 23 games this season

The 29-year-old said in October: ‘If you ask me, I would love to stay until the last day of my football career, but I can’t say much about that – it’s not in my hands. It depends on what the club want, not on me.