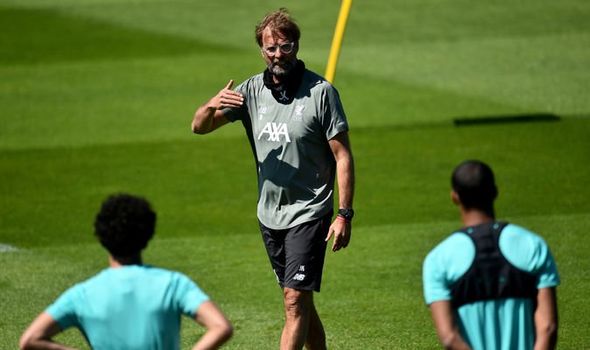 Jurgen Klopp insists his Liverpool side are steadily upping the intensity of their training in order to be back at ‘100 per cent’ for their Premier League return against Everton next month.

The Premier League’s restart has been scheduled for Wednesday June 17, with the Reds set to take on their Merseyside rivals the following weekend in their first competitive match for three months.

Klopp’s side have not played since a Champions League loss to Atletico Madrid on March 11, having last been in Premier League action four days earlier with a win over Bournemouth.

Liverpool are only six points off winning the Premier League title for the first time ever and could clinch it in their first game back with three points against Everton if Manchester City lose to Arsenal in mid-week.

And Klopp will therefore want his players at full sharpness to face the Toffees as he opened up on the plans of his coaching staff to carefully manage the fitness of his squad. 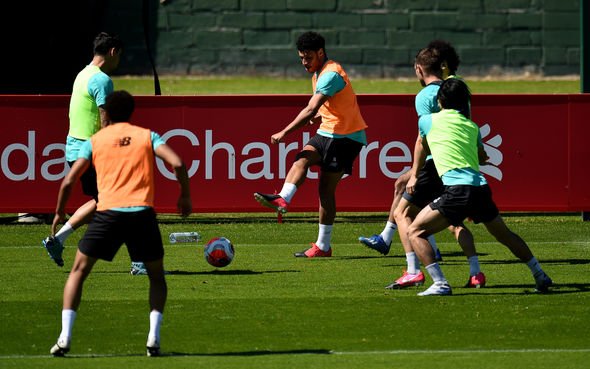 The German and his staff are seeking to slowly build the squad’s sharpness back up to the levels they were at before the coronavirus-enforced break, which helped them open up a 25-point gap over City at the top of the table.

They are now able to resume full-contact training after clubs unanimously voted in favour of a return to more normal sessions in the next phase of the league’s resumption.

And the Liverpool players are said to be relishing being back at Melwood as they continually step up their preparations.

“We don’t have to be match-fit now,” the manager told Liverpool’s official website.

“We try it with increasing intensity, day by day, but we have to be fit on the 19th or 20th, whichever day they will give us against Everton, I think.

“That’s the moment when we want to be at 100 per cent. It’s roundabout three weeks until then, that’s good.

“We want to use that and we will. It’s our pre-season; how I said, we don’t expect a long break in between the seasons, so this is a very important period for us.

“We never had nine weeks without football training in our lives – since we played football, pretty much. That’s all different but interesting as well.

“We enjoy the situation, that’s really all good. And it makes all the difference for us, to be honest, to come together and have this hour or two here together.

“You get this contact, feedback as well on the pitch directly, not via a computer or a screen. It’s a massive, massive lift.”

On the June return date, Klopp continued: “Now we know, from a training point of view, what we have to do when and when we have to be at 100 per cent in the best way, how we can train in different intensities. That was very important.

“Now, of course, it’s more and more interesting when we play where, the times are really important because we will see how we can organise the travel stuff.

“So, the situation keeps us busy, that’s absolutely OK. 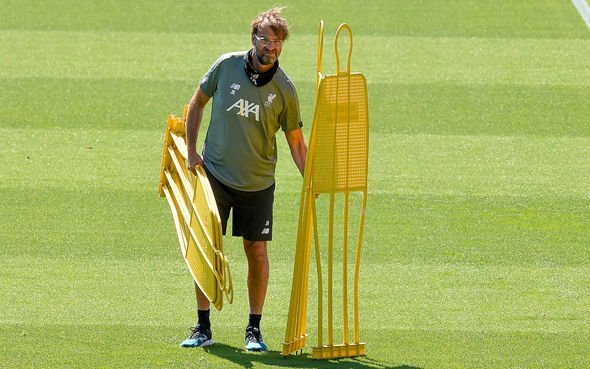 “But on the pitch everything is fine, that’s really great. Around, we organise it as good as possible and use the situation.”

Several of their matches due to be held at Anfield could be moved to neutral venues out of fears that fans will turn up outside the stadium.

A vote between Premier League clubs is expected to be taken on Monday which should be key to any decision, though the authorities will likely have the final say.

Liverpool’s derby showdown with Everton at Goodison is among the games which could be moved.

Sevilla plotting Kepa Arrizabalaga loan to end goalkeeper’s Chelsea misery
Recent Posts
This website uses cookies to improve your user experience and to provide you with advertisements that are relevant to your interests. By continuing to browse the site you are agreeing to our use of cookies.Ok