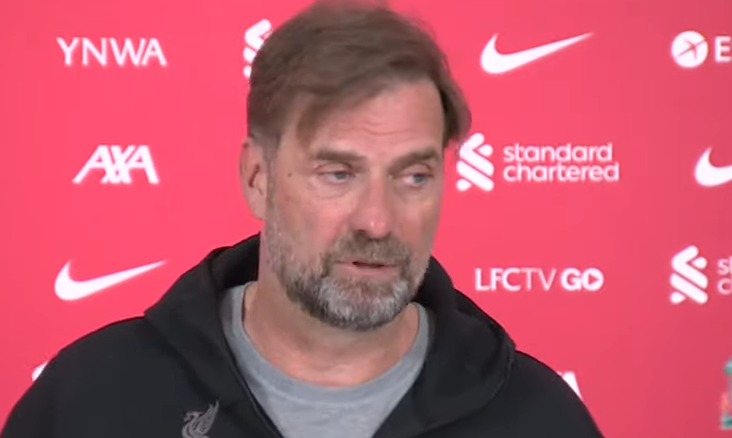 Jurgen Klopp is hopeful Mohamed Salah and Virgil van Dijk will at least be fit enough to start on the bench against Wolves on Sunday.

Liverpool head into the final game of the season just a solitary point behind champions Manchester City, hoping for a favour from Steven Gerrard’s Aston Villa if they are to complete the third leg of what would be an unprecedented quadruple.

The Reds kept their league title hopes alive on Wednesday when a much-changed side battled to a 2-1 win over Southampton at St Mary’s.

Klopp was without the likes of Fabinho and Sadio Mane on the south coast, while Van Dijk and Salah missed out following the injuries that cut short their involvement in last weekend’s FA Cup final win over Chelsea.

Asked about the prospect of players returning for the visit of Wolves to Anfield, Klopp said: ‘It looks good, the boys make steps. We will see.

‘My preferred solution would be they all could play at the weekend for rhythm reasons, stuff like this, or at least could be on the bench and then we can bring them on or not.

‘Mo doesn’t want to take any risks, no doubt about that but it looks good.’

Klopp also confirmed that the injury Joe Gomez suffered against the Saints doesn’t look as bad as first feared, adding: ‘Joe Gomez has good news. We wanted a second scan. [It is] just a knock.’

Midfielder Fabinho, meanwhile, has missed the last three games with a hamstring strain he picked up in the recent win at Villa Park but gave a positive update himself on Thursday.

He said: ‘Yes, I’ll be there… to play,’ Fabinho told Spanish outlet AS. ‘We are working and recovering to be ready for that final.

‘I am very calm and very confident that I will be there, so we have to keep working and resting to be at the best physical level for May 28th.’