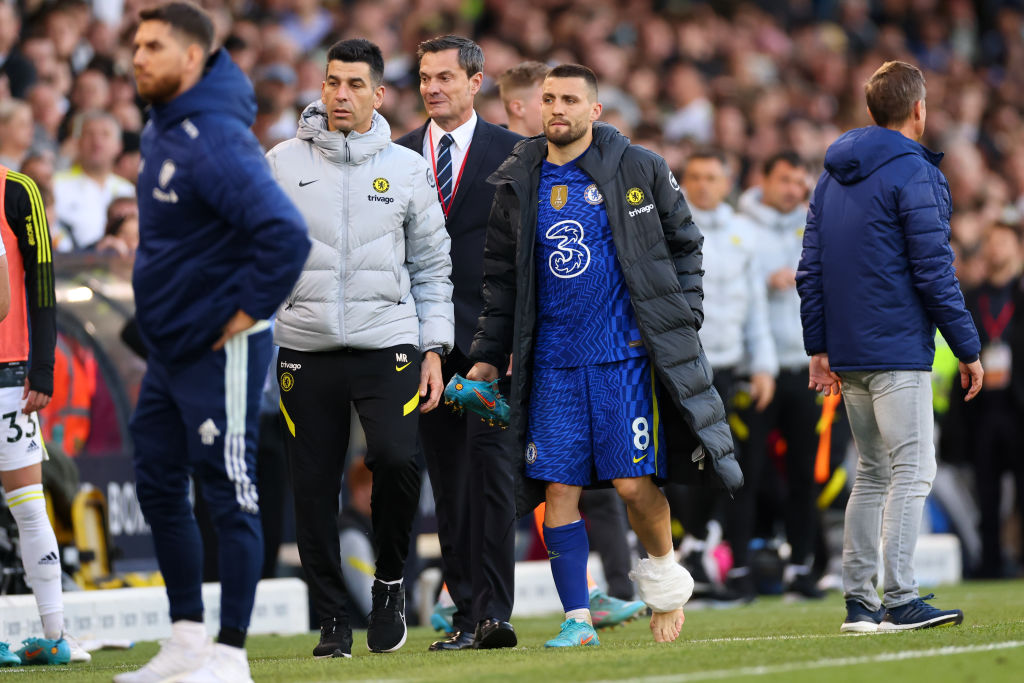 The Croatia international midfielder was on the end of a reckless tackle from Dan James in the Blues’ 3-0 win over Leeds United at Elland Road in midweek.

James was shown a red card for the challenge, while Kovacic was eventually forced off the pitch, making the 28-year-old a doubt for the Wembley showpiece.

Tuchel was more positive about the player’s fitness in his pre-match press conference on Friday.

But speaking to ITV ahead of kick-off at Wembley, Klopp admitted he didn’t think Kovacic would recover in time for the final.

‘It’s a bit of a surprise [Kovacic starting],’ Klopp told ITV before kick-off.

‘I heard in the press conference there might be a chance. I saw that tackle and the red card for Leeds and didn’t think he could make it.

‘Good for him that he could do it. That was a surprise. But apart from that, no, [it’s] the line-up we expected.’

The two finalists met in the Carabao Cup showpiece earlier this year, with Liverpool winning on penalties.

Chelsea have lost their last two FA Cup finals – against Leicester City and Arsenal – and will be looking to end that run of defeats on Saturday.