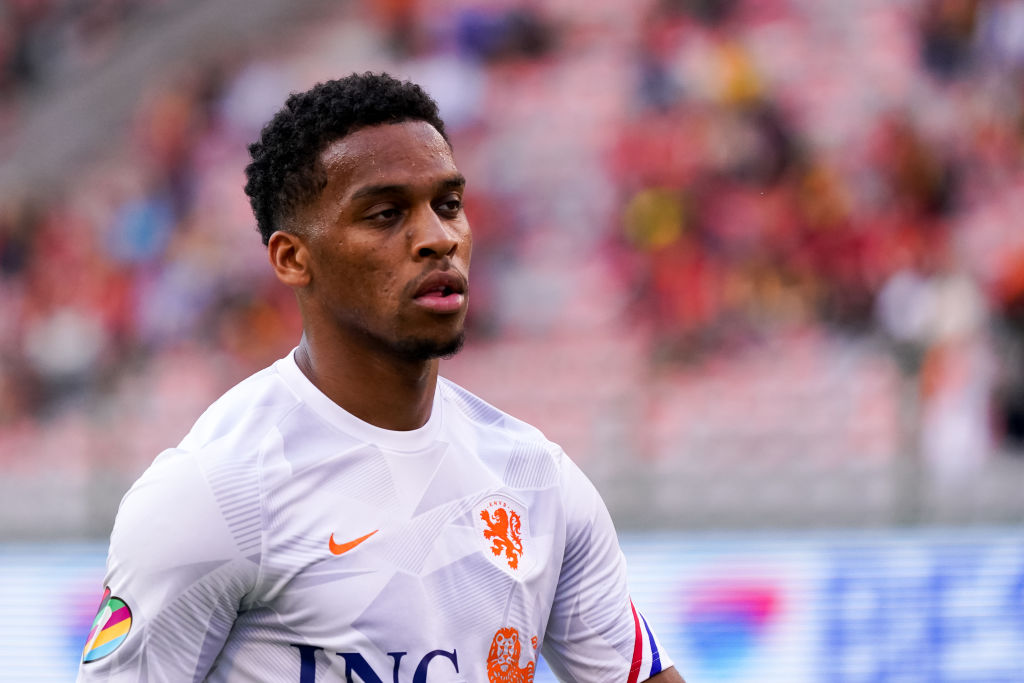 The agent of Ajax defender Jurrien Timber has revealed he’s in Manchester ‘for work, with Manchester United keen to sign the Dutchman.

The 20-year-old is a target for Erik ten Hag, with the United boss helping the defender to become Ajax’s young player of the year last term.

Timber had been keen to follow Ten Hag to Old Trafford but a recent warning from Netherlands boss Louis van Gaal that any player not playing for their club side could be left out of the World Cup squad appeared to spook the centre-back.

United had therefore moved on to other targets such as Pau Torres of Villarreal but his agent, Revien Kanhai, has suggested a deal could still be on the cards.

Taking to Instagram with a photo of Manchester city centre, Kanhai said: ‘Love to travel for work’.

Should Timber receive promises over playing time, it’s possible the Dutchman could change his mind on a move to Old Trafford.

But with United willing to move on to Torres or Ajax team-mate Lisandro Martinez, Timber could feel that it’s a once-in-a-lifetime chance to move to the Theatre of Dreams.

United are yet to make a signing so far this summer, with the club currently focused on signing Barcelona midfielder Frenkie de Jong.