‘We are very happy with Sarri’: Juventus chief Andrea Agnelli insists Maurizio Sarri will see out his three-year contract at the club after enjoying an ‘excellent’ first half of the season

Juventus president Andrea Agnelli has backed Maurizio Sarri to continue on as boss following an ‘excellent’ start to life in Turin.

Agnelli has insisted that Sarri, who joined the club last summer, will see out his three-year deal at the club despite the club’s recent struggles that have allowed Lazio and Inter Milan to enter the title race.

Reports have suggested that Massimiliano Allegri could make a sensational return to the Allianz Stadium while Pep Guardiola has also been linked with Sarri’s position. 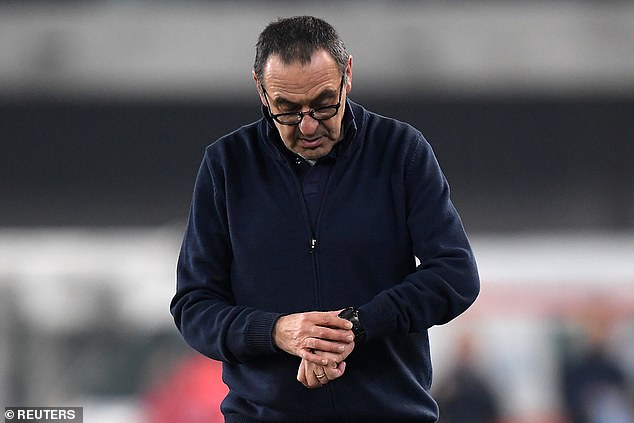 Maurizio Sarri will see out his contract at Juventus, according to club president Andrea Agnelli 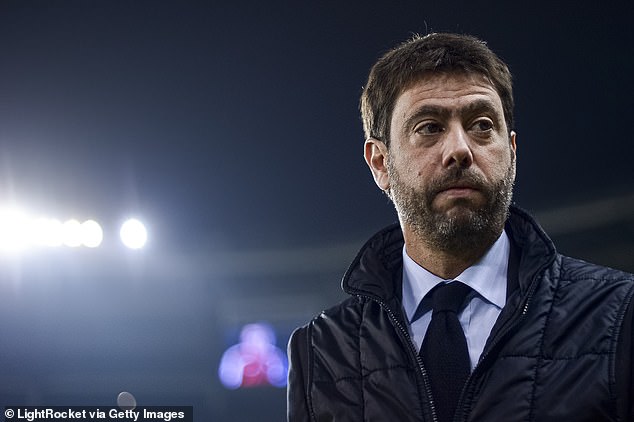 However, Agnelli squashed speculation of another reshuffle by insisting that the board are happy with the direction Juventus are going in.

Agnelli told Italian radio station Radio24: ‘We are very happy with Sarri. We have a strategy with him for the three years and the strength of an idea can be seen in the continuation of time. We wanted Sarri and we took Sarri.

‘The first half of the season has been excellent. First in the league, [we are] in the knockout stages of the Champions League and in the semi-finals of the Italian Cup.’

Former boss Antonio Conte has helped turn Inter into title contenders in recent years but there is no chance of a return, says Agnelli. 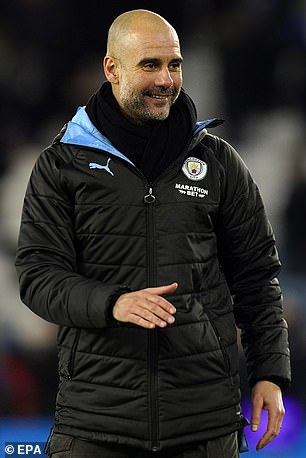 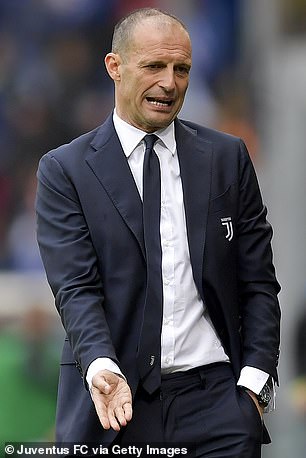 ‘Conte is a symbol of Juventus; he has won multiple Scudetti and the Champions League,’ he added.

‘Conte is Juventus from this point of view. We have a peaceful relationship with him, but we are professional.’

Agnelli also addressed speculation of Guardiola being linked with the job – something that isn’t on the cards right now.

‘It would be false to say that nobody thinks of Guardiola,’ Agnelli said. ‘But in this moment of his life he is extremely happy where he is, beyond the contingencies. If I am happy where I am, I am unlikely to leave.’

Bournemouth winger Anthony hoping to light up the Championship