England train ahead of Germany test

Germany forward Kai Havertz has revealed that Chelsea players in both the English and German camps have been in contact in the lead up to their showdown on Tuesday afternoon. The west London club boasts a trio in both sides who are set to lock horns, with only one place in the Euro 2020 quarter-finals up for grabs.

With Antonio Rudiger, Timo Werner and Havertz in their ranks, there is a distinctly German influence at Chelsea – not to mention the arrival of manager Thomas Tuchel.

However, as Reece James, Mason Mount and Ben Chilwell are currently being put through their paces in Three Lions training, there is sure to be some familiarity between the two sides ahead of their last 16 clash.

Rudiger and Havertz have both played important roles for Germany so far this summer, whereas Werner has had to settle for appearances from the bench.

Still, at least they did not have to isolate and train separately from their team-mates like Chilwell and Mount after they came into contact with COVID-positive Billy Gilmour during the group stage. 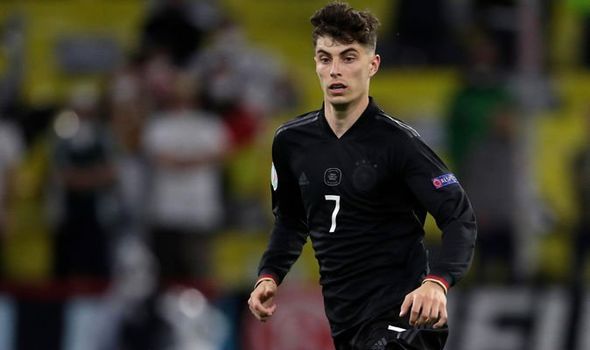 Havertz said in a recent press conference: “Timo, Toni, and I get on very well with the three Chelsea players [in the England squad], so there is always contact.

“It’s clear that you sometimes have a chat or two before the game.

There is always a level of animosity when England meet Germany, partly because Die Mannschaft have generally had our number when it comes to major tournament meetings.

The famous 1966 final aside, Germany dished out painful penalty losses in both 1990 and 1996 which still send shudders down the spine of those who remember.

This time round, the Germans are a different animal, and not necessarily in a good way.

Normally so cool, calm and collected when it comes to the early stages of a major tournament, they were almost sent packing were it not for a late Leon Goretzka equaliser against Hungary.

Having shipped two goals in both of their final group games, there is a widely held belief that Germany are there to be got at. 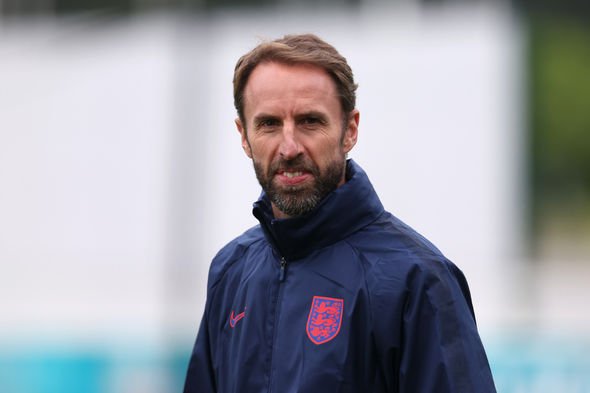 If England can fix up and find some fluidity in attack then they may just be able to capitalise.

With Mount and Phil Foden reportedly on their way back into the side for the crunch meeting, Southgate’s men will always carry an attacking threat, but their full potential is yet to be unleashed this summer.

As the tie draws nearer, the fighting talk Havertz refers to between the camps will undoubtedly continue. Chelsea’s German manager will be sending congratulatory texts to one Chelsea trio, it remains to be seen whether it will be through gritted teeth or not.