His reasoning was that top-tier players retain their worth on account of being rare, which is ordinarily difficult to argue with. During a global pandemic, however, with clubs losing income at an unprecedented level, it was understandable that his stance was being shredded by sporting directors.

Since the Bundesliga returned last weekend, Carro’s position has only been strengthened with Havertz spotlighting why he’s tipped to become Germany’s first Ballon d’Or winner since Lothar Matthaus.

The 20-year-old treated himself to a double before half-time against Werder Bremen, and on Saturday afternoon, he pierced Borussia Monchengladbach’s rearguard after just seven minutes.

Leverkusen pounced on loose possession, with the intelligent and inventive Kerem Demirbay breaking through and spraying a pass out to Karim Bellarabi on the right. He noted Havertz’s acceleration from deep and bent a ball around the defender for the false nine to meet, have a quick glance up and nonchalantly sidefoot past Yann Sommer.

Another goal, his eighth in his last 10 games across all competitions, complete with six assists.

Ah, make that nine. This time from the penalty spot after Nico Elvedi’s challenge on Bellarabi was so late, the winger’s effort had already gone wide. As one scout summed up to The Independent, “it doesn’t matter what position Havertz plays, he is guaranteed to punish the opposition in the final third.”

He was the focal point of Leverkusen’s attack at Borussia Park, but has operated across midfield, as a playmaker and a right forward.

Regardless of where he starts, Havertz resides between the lines; a menace of movement, timing and tactically intelligence.

His numbers could have been more impressive too had he not been done by the bar just before the interval, with Elvedi then thwarting Demirbay’s follow-up with an incredible goalline clearance.

The 22-year-old manoeuvred into space and rocketed a first-time finish on the half-volley past Lukas Hradecky after being wonderfully supplied by Alassane Plea. 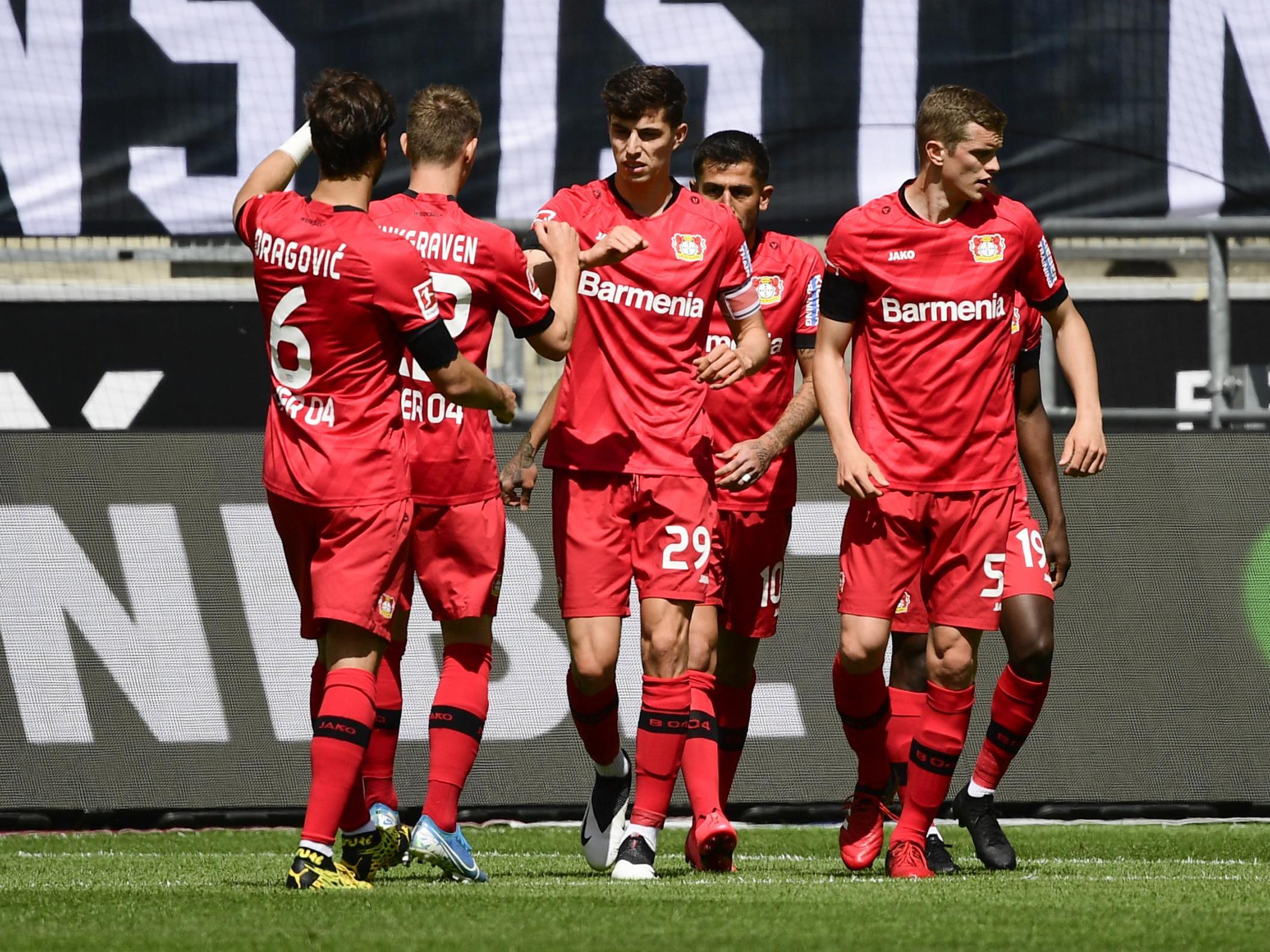 The match and the quality of young talent of display offered more evidence as to why the Bundesliga will be the premier transfer market this summer.

Gladbach’s parity lasted just six minutes before referee Soren Storks used the pitchside monitor to give Havertz the green light from the spot.

Sven Bender connected with Demirbay’s corner to erase the resistance from the hosts on an afternoon that proved that while football behind closed doors might not be a spectacle, it can still be engrossing and enjoyable.

Leverkusen swaggered to third in the standings, a point ahead of the home side and just four adrift of Borussia Dortmund.

There were 13000 cardboard cutout fans glistening in the sun as part of Gladbach’s smart ‘Stay at home, Be in the stands’ campaign. They were treated to 32 shots in total, the artistry one of the most gifted players of this generation, two enterprising and intense teams as well as the work of Marco Rose, a coach destined for advancement.

So were we. More, please.