Chelsea target Kai Havertz will only join the Blues this summer if they manage to secure a spot in next season’s Champions League. The Blues currently sit third in the table with four games left to play this term.

Havertz has long been admired by a host of Europe’s top clubs, but reports in recent days suggest the German could be heading to west London.

Bayern Munich were keen on signing Havertz but they have since picked up Leroy Sane from Manchester City.

Real Madrid were also thought to be in the race, but they’re not said to be willing to meet Leverkusen’s £90million asking price. 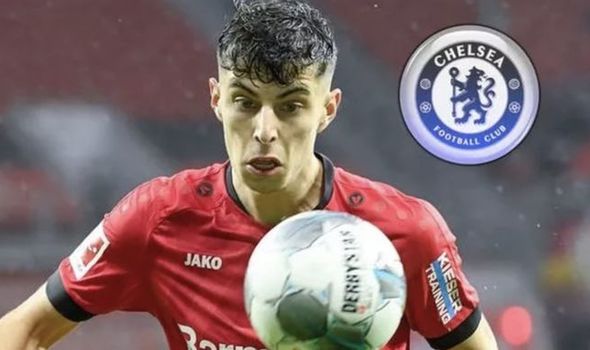 According to Bild, Chelsea now lead the way, though they’re still looking to drive the price down.

They say that Havertz is keen on a Premier League switch, but he has one demand – Chelsea must make the Champions League next season.

The Blues sit on 60 points in third, while Leicester trail on 59, with Manchester United in fifth on 55 points.

Havertz, 21, has scored 12 times this season, assisting six, for Leverkusen in the Bundesliga.

“If an even bigger club than Leverkusen puts the money on the table that [Rudi] Voller and the Leverkusen team want for Havertz, then this summer is certain for me [Havertz will leave], because the boy understandably wants to take the next step,” he told Sky Germany. 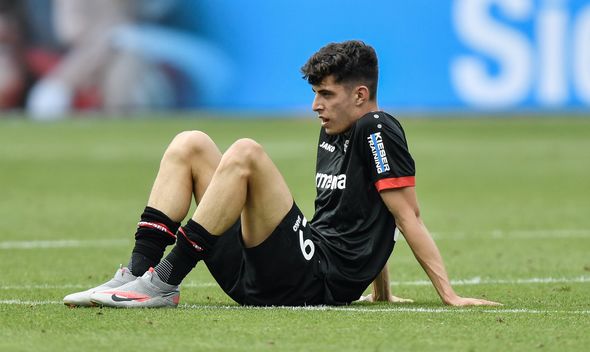 Chelsea have already made two big signings this window.

They kicked things off by taking Hakim Ziyech from Ajax for £37 million before agreeing a deal to sign striker Timo Werner from RB Leipzig.

Werner is one of football’s deadliest strikers, having netted 28 goals, providing eight assists.

Chelsea parted with around £54m to make Werner their newest player.

The Foxes value Chilwell at around £90m as well, however.