Chelsea have always been a club that has been unapologetic about its desire to be the best, and they’ve had their fair share of spiky characters in the past.

But in Kai Havertz, there was perhaps a concern from some quarters that the big-money signing wasn’t quite ready to step up and be a big character for the team.

However, those fears were obliterated on Saturday night as Havertz, who edged out Christian Pulisic to earn a starting role in Thomas Tuchel’s three-pronged attack, netted the only goal of the game to fire Chelsea to UEFA Champions League glory.

Havertz, a club-record £62million signing from Bayer Leverkusen, has had to learn to adapt to the Premier League while saddled with a colossal price tag.

The 21-year-old netted just four goals from 27 Premier League starts, and had never scored in a Champions League game until Saturday night.

But the young gun stepped up on the biggest stage of his career as he latched onto a Mason Mount through-ball and rounded the outrushing Ederson before rolling the ball into the empty net to score the only goal of the game and send the Blues fans wild. 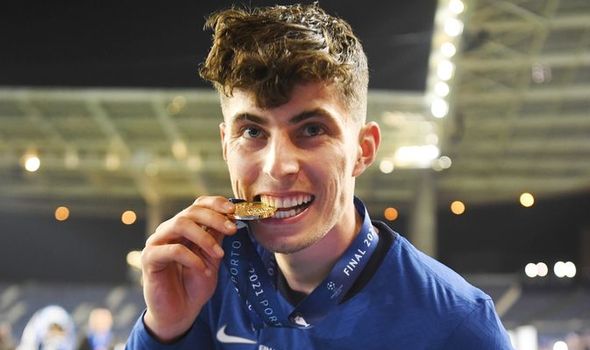 Aside from his goal, Havertz showed his qualities as a team player as he chased back, regained possession and was a constant outlet for his team throughout the match.

“He deserves that, his mentality is top, this guy,” he enthused.

“He’s going to be a superstar, he is already.

“Not only that, he ran like crazy, that’s the teamwork, that’s why he deserves this.”

Havertz was initially speechless, before thanking everyone close to him for supporting him in his career.

“I waited a long time, I just want to thank my family, my parents, my brother, my sister, my grandmother, my girlfriend. I don’t know what to say!” 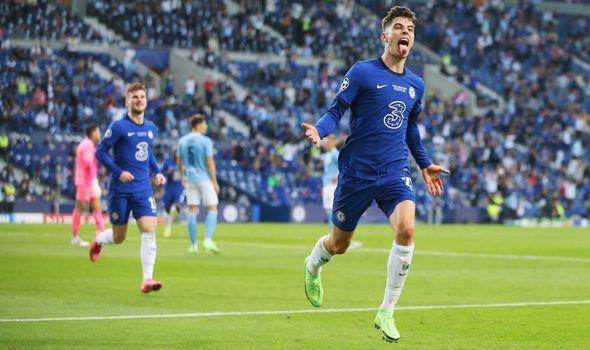 Havertz’s initial response was nothing less than we expected.

He has always come across as an unassuming character, but his joy at securing his first major trophy with Chelsea, and with his own personal performance, couldn’t be denied when he was asked how being the club’s most expensive player played into his season.

It may have been somewhat x-rated, but Havertz’s response would have been music to the ears of Chelsea’s fans, who saw one of their big-money signings come of age on the Porto pitch to prove he’s more than worthy of his hefty price tag.

Chelsea’s success through the Jose Mourinho years featured a team packed with strong characters and, while he may still be young, Havertz’s performance and subsequent reaction showed that he’s ready to step up and become a big influence and a big character in Chelsea’s future under Thomas Tuchel.

And if Azpilicueta’s prediction is proved correct, it will likely be the first of many important goals the young German will score for the Stamford Bridge club in the years to come.

They say good things come to those who wait, and those who have stayed patient with Havertz are starting to get their reward.