‘Try playing against that on the training ground’: Kevin De Bruyne insists it is tough to get through Atletico Madrid’s deep block – as he says the players are getting excited for title clash with Liverpool on Sunday

After scoring the crucial goal in the first leg of Manchester City’s quarter final tie, Kevin De Bruyne called on critics of Manchester City to try similar and break down a deep-lying defence on the training ground.

Speaking after his side’s 1-0 victory, De Bruyne said they could be happy with their win and go to Madrid next week full of confidence that they can get the job done.

Speaking to BT Sport after the game, De Bruyne said that Manchester City needed to try and stay composed to break down the resolute Atletico Madrid backline. 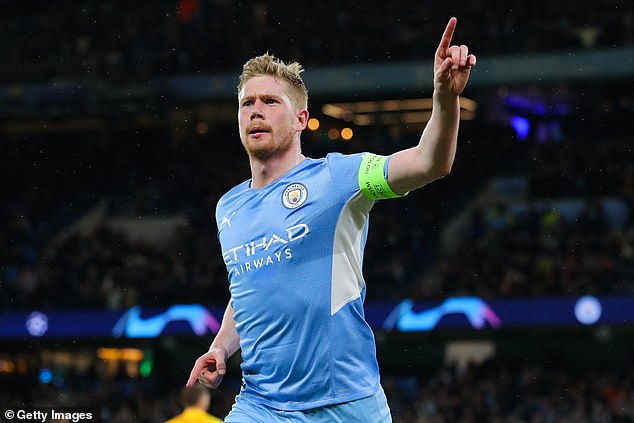 He said: ‘They (Atletico) played with almost five at the back and with five in midfield. I recommend anyone that says anything [about us], that they try playing against that on the training ground.’

He continued: ‘We have to stay composed and don’t try to get into their action. It is the way they play. One nil is one nil. I expect similar over there. If the game is tight they will have to attack a little bit more.’

He said: ‘The first half was tight in the second half we had a couple of chances and it was good that we took one. 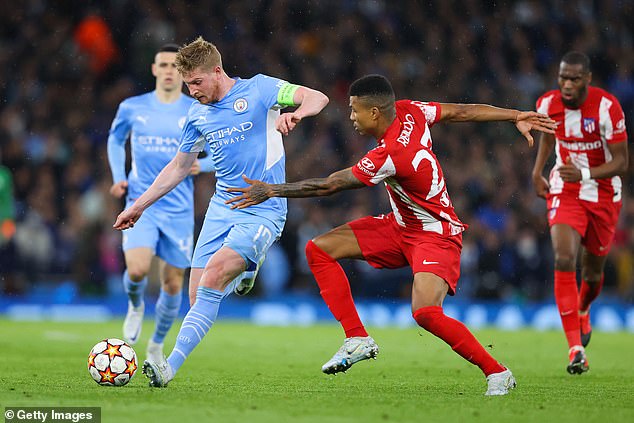 ‘I made the run and Phil [Foden] found me perfectly, I needed to stay composed and luckily I did. It’s very hard.’

Next up for Manchester City is Liverpool on Sunday in a game that could go some way to deciding the fate of the Premier League title.

De Bruyne admitted that, even five days out, the players were beginning to get excited.

‘It is five days until Sunday. Both teams have played tonight. It is a big game and everybody is looking forward to it including the players,’ he said.

Meanwhile, Liverpool ran out 3-1 winners in Benfica, ensuring themselves a significant foothold in their Champions League quarter final second leg at Anfield next week. 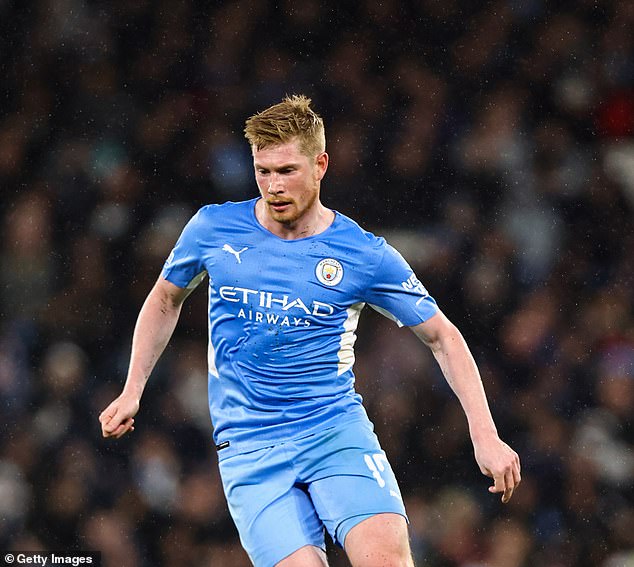